This volume aims to address the effects of Intellectual Property Rights on the processes of innovation and innovation diffusion with respect to developing countries. Contributions cover ethical incentives for innovation, green innovation, and growth in agriculture. Catherine Easton writes that this collection has the potential to be innovative and influential. 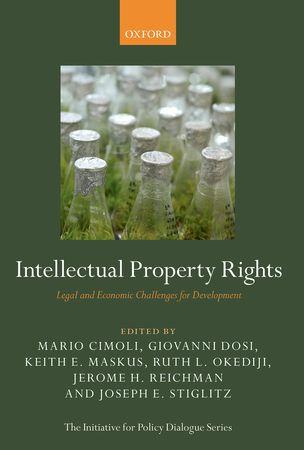 This is an edited collection of papers from influential researchers in the area of economic policy and intellectual property rights (IPR). It is published within the OUP’s Initiative for Policy Dialogue series and fulfils its overarching aim of being accessible for practitioners and civil society while maintaining academic rigour. This is a timely and important collection as it focuses strongly upon the international regulation of intellectual property while attempting to address the power imbalance between developed and developing nations. This premise is encapsulated in the introductory chapter: “Developed countries have tried to argue that strong IPR is in the best interests of developing countries. The papers in this book…suggest such contentions are incorrect”. The book contains five sections, four of which give the background theory, principles, challenges and overarching conclusions, with the most substantial section focusing on in-depth analyses of IPRs as applied within the areas of public health, agriculture and green technology.

Jerome H. Reichman’s chapter four addresses the question of whether developing countries will lead or will follow in the future development of the intellectual property regime. This, as is accepted by the author, raises numerous complex, interlinking issues as IPRs are “but one component of overall economic growth”. What follows is a nuanced, deft analysis of relevant legal and regulatory environments in the context of avoiding the high-protectionist responses that currently pervade the international IPR framework. The dominant power structures are challenged with a detailed examination of where developing countries could be at the forefront of the evolution of international IPR principles. Tangible, real-world strategies for change are put forward that harness developing countries’ innovative responses with the aim of injecting a renewed vigour into the accepted framework this is based on traditional, fixed principles. The overarching feel of the chapter is one of optimism in the light of changes that could be spurred by a focus on developing countries as it is now “precisely a time for experimentation” with a need to reject a tendency to “copy or codify obsolete approaches”. 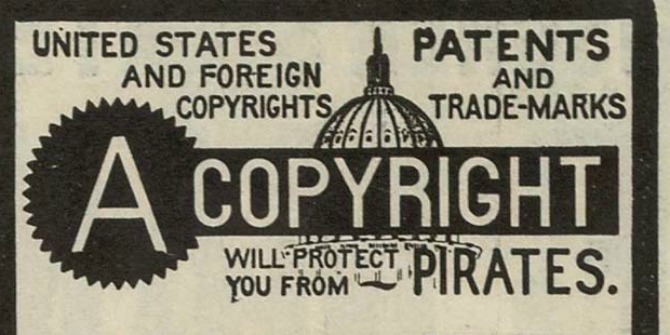 In chapter seven, Benjamin Coriat and Luigi Orsengio focus the debate on the “extremely socially sensitive sector” of the pharmaceutical industry and its links to public health and welfare. A contextual analysis of the role of patents is presented, with a strong theme being the lack of empirical research indicating a positive effect of patenting on innovation in the pharmaceutical industry. The interplay between economic factors and patents is outlined with clarity and insight, drawing the debate strongly back to the wider societal impact of strong IPR protection. The final part of the chapter presents a stark analysis of the ramifications of the 2005 deadline for developing countries to make their national legal framework compliant with the TRIPS agreement. While it is accepted that until this point a number of positive aims in relation to the funding of research and addressing pricing had been achieved, the authors present a dismal picture of the post-2005 environment. A key factor is that most recently-produced drugs were not available in generic form until after the 2005-strengthened legal regime which, when coupled with the impact of the global economic crisis leads to “considerably darkened” prospects for public health and welfare. The authors present a prescient, robust critique of the interplay of IPR and pharmaceuticals as “increasingly dysfunctional” with consequences that could be “dramatic”. The clarity of argument and the loud rallying call for swift decisive action make this contribution an essential read for all those committed to ensuring that IPRs evolve to support, rather than damage, fundamental public interests.

Carlos Correa’s chapter 14 focuses on the creation of a favourable policy environment for developing countries within the framework of TRIPS. An overview is given of the concept of the “flexibilities” inherent in the agreement and their potential use to achieve outcomes that are in the public interest. In this way the chapter has a pragmatic, almost “how-to guide” approach to making the most of some of the leeway available within the TRIPS framework. It serves as a bridge between the fixed terms of the agreement and its real-world application. Correa’s treatment of the subject matter is accessible, informed and comprehensive. As in other contributions in the book, he highlights how the developing country experience, in this case in relation to the use of “flexibilities”, can “contribute to set precedents that other countries may benefit from”. While advocating an engagement with these “flexibilities”, it is accepted that there are “multiple challenges” in maintaining a focus on fluidity of application in the face of multinational negotiations. This chapter, while located firmly within relevant academic debates, successfully probes the TRIPS terms to provide recommendations and tailored solutions for change that should prove indispensable for civil society and policymakers alike.

This book effectively combines theory and academic debate with well-chosen case studies and tangible recommendations for change. As such is it a necessary read for those interested in developing and maintaining an IPR framework that operates within the economic environment for the benefit for society as a whole. The work is devoid of the arrogance that can be found in the international IPR framework itself and it is this overarching focus on what can be learned from the developing world that makes this book as a whole both innovative and, hopefully, influential.

Dr Catherine Easton is a lecturer in Lancaster University’s School of Law. In 2010 she completed her PhD on access to the Internet, citizenship and disabled people. Her research interests include Internet governance, domain name regulation, intellectual property, access to technology and human/computer interaction. In 2012 Catherine was awarded an HEA international scholarship to carry out research on educational technology in the USA. Read more reviews by Catherine.