Dutch universities recently took a stand against publisher Elsevier following failed negotiations over subscription costs. As universities and library budgets worldwide look to transition to open access, these costs must be considered. Cameron Neylon looks at the options for funding the transition to open access and finds that whilst short term access would be an issue, the potential savings from cancelling subscriptions would effectively cover the costs.

A central question for many people involved in Open Access is whether it can, or will save money. Most analyses suggest that a fully OA environment is cheaper (or at worst similar in cost) for institutions (see below for the catch that every analysis that says costs will rise misses). But for research intensive institutions in particular, taking the lead by investing in a transition to Open Access while also covering the costs of existing subscriptions could be expensive. At the same time real concerns are emerging about some traditional publishers successfully driving costs higher. How can countries and institutions invest in creating an Open Access environment that serves their needs and brings costs down without spending too much on the transition?

This issue has been getting attention recently due to a press release from the team negotiating a new contract for the Elsevier subscription for the Netherlands. The release is interesting for a whole range of reasons – which can be the subject of later posts – but here I want to focus on the financial implications of a full scale cancellation. 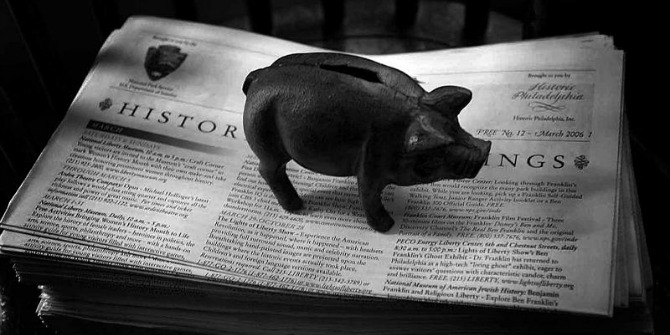 There are essentially two ways to realise the potential savings of an OA environment, or equally to minimise the costs of transition. The first is to negotiate with subscription publishers for a direct rebate where Open Access payments are made. The UK, with RCUK and Wellcome money backing the transition, has led on negotiations with the Royal Society of Chemistry and Institute of Physics both offering some form of direct rebate – essentially what an institution pays in APCs to a publisher gets taken off the subscription costs. This is presumably what the Netherlands was seeking to put into the Elsevier agreement.

The second approach is more radical. Cut subscriptions, rely on access via repositories or personal requests in the short term for access, and directly use the liberated budgets to support Open Access. The second approach gives an institution much more flexibility but obviously at the risk of reduced access and potential researcher anger. No doubt researchers across the Netherlands are currently receiving messages from Elsevier concerned about their potential loss of access and keen to make the case for continued subscriptions.

Lets look at these two options from a purely financial perspective. There are a number of problems with access to data but with some available data and educated guesses we can work through the figures.

The details of the calculations and sources of numbers are given below. The Netherlands publishes around 40,000 articles a year, about 10,000 of those with Elsevier. For those articles published free to read from the Netherlands today the average fee across all “pure OA” and hybrid articles is €1,087. Two different estimates suggest that of those Open Access papers with a Dutch affiliation, around 60% are billed to a Dutch address – an important proportion. The overall Dutch subscription costs are around €34M of which Elsevier likely have a share of around €7M.

If the Netherlands converted unilaterally to Open Access funded through APCs at current rates the overall cost would be €26M (40,000 x 60% x €1,087) a saving of around €8M compared to the current subscriptions of €34M. The question is how quickly could the Netherlands reduce its subscription payments?

Cancelling the Elsevier subscription would liberate enough money to cover the costs of publishing all those papers currently published with Elsevier (10,000 x 60% x €1,087 = €6.5M). But how much would it cost to publish them with Elsevier? For an average charge by Elsevier we could use the average paid for Elsevier papers from Wellcome Trust funds (€3,100). From this we can calculate how much it would cost to publish those papers OA with Elsevier ( €18.6M). Alternately if we use the average paid by RCUK, which represents a set of private deals and discounts (€1,600) we end up with a figure slightly higher than the saving (€9.6M). It’s likely that if the subscription were cancelled the fees would be at the high end of this range, but if the subscription were retained bigger discounts would be applied (but of course, they’d still be paying the subscription then).

So the irony is that cancelling the Elsevier subscription would liberate enough money to make accessible all those articles the Netherlands currently publishes with Elsevier, but not if they were published by Elsevier. In a pure OA world at Elsevier prices the Netherlands would pay over €74M (at the Wellcome rate).

The negotiators could use this analysis to define the OA price point they need to negotiate with Elsevier to find a break even. The problem with this is that the money will remain tied to one supplier – and a very expensive supplier at that. The negotiators should look in detail at RCUK APC reports to see how good a deal can be done if that’s the route they want to take. Elsevier can cross subsidise from their subscription revenue to reduce the apparent cost of APCs – something new players in the space cannot do. From a short term perspective this can probably even be made to look financially attractive. But in the long term Elsevier cannot afford to charge APCs at the level where the Netherlands would break even without a substantial drop in revenue.

The reality is that if the Netherlands wants to use the leverage that their resources provides they should cancel the subscription and liberate the funding. Those resources can be used to shape the future scholarly communications market. This analysis is highly sensitive to the average cost of APCs paid. The Netherlands, with the resources available to it, has the leverage to shape the market. They could choose to spend that money so as to reduce APCs by favouring lower cost suppliers. This will help to realise the potential savings that an Open Access environment could bring. They could use liberated resources to fund APCs. Alternately they could support new publishing ventures or platforms for low cost publication. All of these are possible – all of these would have a massive boost from €7M. None of them are possible without cutting subscriptions.

Full Disclosure Comment: Obviously PLOS would stand to benefit from an expansion in the availability of APC funding in the Netherlands.

Data sources and details of the calculations

Wouter Gerritsma has published a very useful blog post that contains a series of key figures for the Netherlands (although as you’ll see below I disagree with its main conclusion). In particular he gives figures of total NL subscriptions of about €34M, an average APC for free to read articles of €1,087 (or €1,220 if you only include accessible articles where an APC was paid) and a total number of NL articles of around 40,000.

It’s hard to know what the Netherlands subscription payment to Elsevier is but we can make a rough guess. If we combine figures from FOI requests to UK universities with SCONUL figures for “Total Information Provision” from the same universities then (if we restrict our view to research intensives similar to the VSNU institutions) we get a rough figure of 20% for Elsevier market share. This gives us a figure of around €6.8M. It seems that WoS and Scopus suggest that Elsevier publish around 25-30% of Netherlands articles (lets say 10,000).

We can calculate the cost of unilaterally taking the Netherlands to an Open Access footing based on these figures but we need one more – the 40,000 articles that Gerritsma quotes are all those with a Netherlands affiliation. We need to know how many of those would actually be billed to the Netherlands. Gerritsma has done an analysis looking at those articles where either all affiliation are to Netherlands addresses or where the corresponding author has a Netherlands address. He arrives at a figure of 67% as the “billed proportion” giving a total cost of €27.7M, substantially less than the subscription payments

Within PLOS we also have data on this proportion because we have the location of actual billing addresses as well as author affiliations for papers we publish. Looking at our records the proportion of Netherlands affiliated papers actually billed to the Netherlands is 60-62%. This gives a slightly lower figure of €26M for unilateral OA for the whole Netherlands corpus. This proportion is actually very high compared to other countries and institutions. Many calculations of projected costs fail to take this proportion account which is why claims are often made that Open Access would be more expensive. Generally this billed proportion is around 40-50%. In no case where I have done the calculation using an empirically determined billing proportion has the cost of OA exceeded that of current subscriptions.

So cancelling the Elsevier subscription won’t save enough money to cover OA for all Netherlands papers. Does it provide enough to cover OA for those papers Elsevier currently publishes? We can use average figures from per article returns for Wellcome Trust (£2,448 or €3,100) or RCUK (£1,268 or €1,600) funded articles to get an average APC for Elsevier articles. The differences in these figures are due to package deals so they represent a range from list price to discounts that the Netherlands may be able to negotiate.

If we take those articles that Elsevier currently publishes with an Netherlands affiliation (10,000 as per above) and we multiply that by the proportion likely to be billed to the Netherlands (60%) then we get 6,000 articles that need to be paid for. At the Wellcome Trust prices this would cost €18.6M to publish with Elsevier (6,000 x €3,100) or at the RCUK prices €9.6M. By contrast if those articles were published elsewhere cancelling would liberate enough to pay if we use the average current APC calculated by Gerritsma (6,000 x €1,087 = €6.5M) and within the margin of error if we use the higher figure based only on the average where a fee was paid (6,000 x €1,220 = €7.3M).

Note the author’s original title has been changed. This originally appeared on the PLOS Opens Blog under the title Let It Go: Cancelling Subscriptions, Funding Transitions and is reposted under Creative Commons Attribution 4.0 International License. 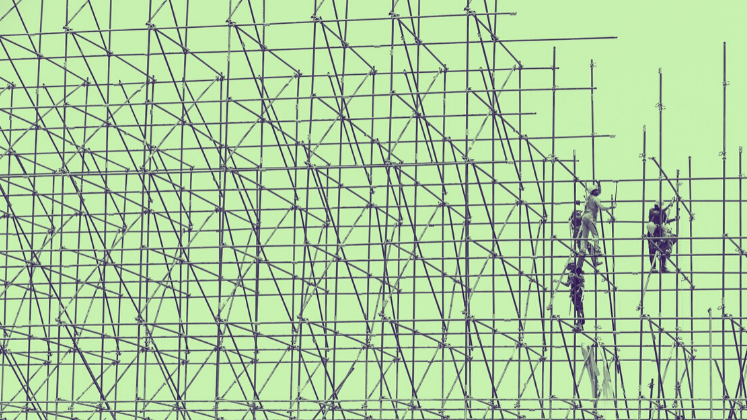