Reporting results from a comprehensive survey of publishers in the German-speaking world, Christian Kaier and Karin Lackner explore the attitudes of smaller publishers towards open access, finding both rising levels of interest, but also ongoing uncertainty and resistance over making a transition to open access publishing.

While libraries and funding bodies in German-speaking countries have been negotiating Open Access Agreements with large publishers for years through initiatives such as Project DEAL, small and medium-sized publishers are rarely involved. This focus on major publishers tends to promote market concentration at the expense of smaller publishers whose views are often neglected, a subject recently discussed at the COASP 2018 conference. In the meantime, initiatives such as the Heidelberg Appeal, or publikationsfreiheit.de, seem to suggest that many of these hundreds of smaller publishers are opposed to the idea of Open Access.

Seeking to more clearly gauge these attitudes, in May and June 2018 the Open Access Office at Graz University Library undertook a comprehensive survey across the German-speaking countries to specifically address publisher attitudes and practices regarding Open Access. Requests were sent to 82 “traditional” scholarly publishers (according to the typology of publishers of Ferwerda et al.) in Germany, Austria and Switzerland and 33 complete responses were received. The goal was not only to find out more about those publishers’ opinions and experiences, but also to foster exchange between publishers, libraries and other stakeholders in scholarly communication.

It is important to note here that “publishers” do not exist as a homogeneous group. They work with a wide range of different business models, many of them also publishing other types of content and addressing readers beyond the academic community. Small and medium-sized publishers also tend to operate much less profitably than large global publishers, which makes it difficult for them to to build new infrastructures and develop innovative offerings.

More than three quarters of all small and medium-sized publishers who took part in the survey published books and journals in the humanities and social sciences, reflecting the fact that global publishing companies dominate the market in natural sciences. All survey respondents indicated that they published scholarly literature, with two thirds publishing teaching materials or textbooks, and half of them also publishing non-scholarly works. Somewhat fewer publishers stated that they also published specialist literature for practitioners such as lawyers, physicians or engineers. The different business models developed by publishers and the different audiences associated with the products they produce have a significant effect on their attitudes towards open access. In this respect, is it notable that whilst all the participants in the survey publish scholarly books (usually fewer than 100 per year), most of them publish academic journals as well.

A vast majority (90%) of the 33 survey participants reported a slow or significant increase in Open Access requests from their authors. One third believed that Open Access will become the future standard of scholarly publishing; another 60% assumed that it will complement existing services.

Nearly half of respondents preferred Gold Open Access as a business model to Green and Hybrid Open Access. This cohort, as to be expected, also turned out to be more open-minded towards and experienced with Open Access publishing than the circa 30% who prefer Green Open Access.

There are many reasons for this reluctance to embrace open access on the part of the publishers. Most expect a decline in sales as a consequence of the free availability of “their” works and associate Open Access with legal uncertainties, unclear business models and pressure from politicians and funders. However, a considerable number of publishers apparently have also not yet paid much attention to the issue. Only 67% of the participants state that they are familiar with the content of the “Berlin Declaration“, a fundamental document of the Open Access movement, and 43% say the requirements for Open Access publications are unclear to them.

Publishers also worry about a lack of appropriate funding and recognition of their services and hope for more standardisation, clarity and information, as well as administrative improvements in connection with Open Access publications. They would also like to see increased cooperation with universities, libraries and funding bodies. This suggests that support for small and medium sized publishers may be necessary in order to slow down the increasing market concentration in scholarly publishing.

Two further issues in scholarly communications were also raised by the publishers, 83% of whom reported a trend towards publishing in English (rather than German), posing major language challenges for publishers and authors alike. Publishers also pointed to a “quantity before quality” mentality taking hold within the sector, with a substantial increase in the number of publications, perhaps reflecting the growing influence of STM (scientific technical and medical) publishing standards across all disciplines.

There is no alternative

Overall, “traditional” publishers are more open-minded than might be expected about the topic of Open Access and for good reason: funder announcements, such as Plan S, that they will move to only accepting Open Access publications are rapidly becoming more effective. Scholarly Publishers who do not adapt their services to this changing demand, or who are unaware of it at all, are likely to have a rude awakening in the future.

This blog post is based on the authors’ co-written report, Open Access – The Perspective of small and medium-sized publishers.

Christian Kaier (ORCID ID: 0000-0002-8750-6666) works at Graz University Library in the fields of Open Access and Publication Services. Before that he was responsible for the law publishing programme of an Austrian scholarly publisher.

Karin Lackner (ORCID ID: 0000-0001-6096-1717) is a subject librarian for physics and astronomy at Graz University Library and works in the fields of Open Access and Publication Services. 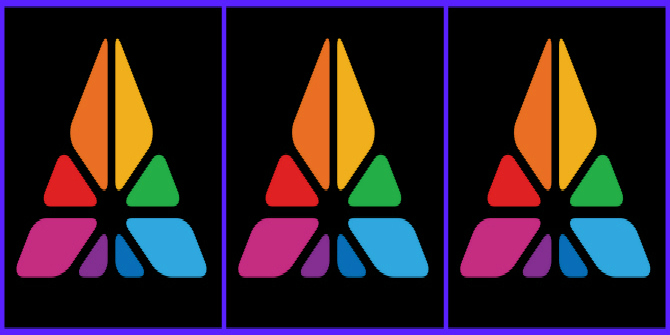