This collection aims to offer a practical, how-to approach to researching social movement studies, with each author writing on a method they have used extensively in their own work. Leonardo Custódio is impressed by the book’s invitation to researchers to reflect about different approaches to studying mass demonstrations, protests, and other forms of collective action for socioeconomic and political change.

Since 2008, mass demonstrations and protests have occurred with frequency across the world. People have claimed the streets, challenged police forces, and pushed governments for socioeconomic and political change in Iceland, Greece, Spain, Egypt, Syria, Turkey, Brazil, the USA, the UK, Lebanon, Thailand and Hong Kong, to list a few. As the uprisings continue, social movement research becomes increasingly relevant. There is a pressing demand inside the academy and amongst the general public for in-depth explanations to the bottom-up movements that are changing politics on all continents.

The need for explanations raises the issue of the responsibility of the students, researchers and scholars who take up the challenge of investigating social movements. To ask “What is going on?” and find an adequate answer is not as simple as it might seem. Quick answers may end up being shallow and even misleading. Take Brazil, my home country, as an example. In 2013, millions of people claimed the streets all over the country to protest initially against the hike in bus fares. As the demands of protesters grew to include everything from better-quality education to an end to corruption, the explanations also varied. The “first responders” (especially journalists and their guest experts) pointed at a general demand for political change, especially coming from the online-savvy new middle class. One year later, however, those same analysts seemed to be in shock. The Brazilian people who supposedly had protested for change not only kept the government in office, but also elected the most conservative parliament since the 1964-1984 dictatorship.

The contradictions in the analysis of the mass demonstrations in Brazil indicate exactly how necessary it is to have quality and in-depth research. Uprisings are dynamic and unexpected phenomena that receive a lot of sudden attention, but this attention often ignores the more constant grassroots processes of mobilization and articulation that go on before they erupt on streets. In these circumstances, Donatella della Porta’s edited volume Methodological Practices in Social Movement Research is an essential reference for those of us doing research about the complexities of social movements.

The eighteen chapters cover triangulation, comparative historical analysis, oral history research, participant observation, social network analysis, and surveying protestors. From the outset, della Porta clarifies that the focus of the book “is on the how-to-do-it, rather than, for example, on reviewing existing research using specific methods” (p.1). The book is not a guide for beginners but instead works more like a dialogue between researchers with some experience in social scientific methods and social movement research. So, for readers who are just starting their studies, introductory volumes such as The Wiley-Blackwell Encyclopedia of Social and Political Movements, which also has della Porta as one of the editors, may be more suitable.

One example of critical dialogue among peer researchers is Alice Mattoni’s chapter on grounded theory. Mattoni combines a rich review of the fundamentals of the method with her own research experience to describe grounded theory’s usefulness in social movement research. Her conclusion offers solutions for dealing with the unpredictability of today’s uprisings and the diverse complexity of grassroots movements. Based on careful data examination in a process committed both to theory and the empirical richness of social phenomena, Mattoni believes that grounded theory is suitable for investigating the dynamics of interactions and social processes in which political actors are involved. In addition, she suggests that “grounded theory might be a relevant research strategy for those researchers interested in looking at how specific processes and mechanisms unfold in social movements” (p. 38).

Another example of dialogue the book opens is Stephania Milan’s chapter on research ethics. Milan reflects on the position of researchers and their commitment not only with the knowledge they construct, but also with the people with whom they engage throughout the process. The chapter builds upon four questions: What is the relevance of the research for the activist community? What risks can researchers create to activists in their search for knowledge? How should power dynamics based on different forms of knowledge between researchers and activists be balanced? What is the importance of researchers being accountable to activists? These self-reflexive questions serve as a backdrop for Milan’s argument that researchers of social movements are also committed to those people in whose actions they are interested. For the author, engaging with ethics in social movement research “implies interrogating our role as researchers, by addressing the divide between research, action, and policy making, as well as the differences between the organizational cultures of academia and activism, respectively” (p. 447).

These two examples indicate that the book is not a mere list of descriptions of methods, but a collection of critical reflections on the research process and, most importantly, on our roles as researchers. The book presents methodological solutions to situations that often arise in empirical research, and will connect with and bring comfort to readers coming up against similar issues.

Overall, Methodological Practices in Social Movement Research invites researchers to reflect about different approaches to studying mass demonstrations, protests, and other forms of collective action for socioeconomic and political change. The recurring uprisings all over the world mean that the book will continue to make a fundamental contribution especially to the social sciences, but also to other disciplines interested in the increasing importance of social movements. In sharing knowledge and experiences of empirical research, the book reminds us that our work as researchers is to move deeper beyond opinions in our quest for in-depth understandings of the collective actions that shape contemporary politics worldwide. 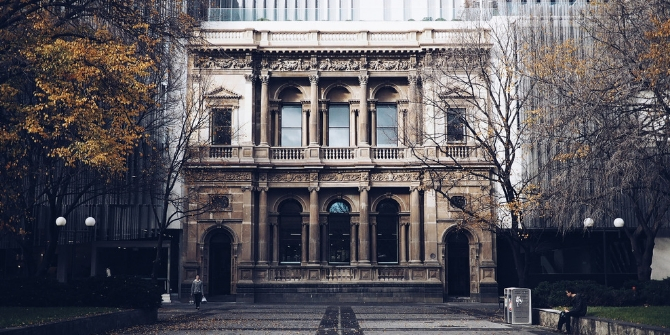