The role of digital data in identity management and selfhood is a growing area of interest for social scientists. Deborah Lupton explores how those interested in self-tracking derive meaning from their personal data sets. An important element of self-tracking practices is visualisation and presentation. By showing one’s data to others in a visually interesting and explanatory graphic, a self-tracker achieves both self-knowledge and self-expression. Thus, data visualisations function as a way of exerting mastery over the seemingly unlimited and thus overwhelming amounts of big digital datasets.

Like many other forms of digital data, self-tracking data have a vitality and social life of their own, circulating across and between a multitude of sites. In a context in which digital data are culturally represented as liquid entities that require management and containment, part of the project of managing the contemporary body is that of containment of the data that one’s body produces. As discursive representations of self-tracking and the quantified self frequently contend, personal data are profligate: it is only right that one should seek first, to collect these data, and second, to manage and discipline the data by aggregating them, representing them visually, and making sense of them.

Shifting forms of selfhood are configured via these digital data assemblages, depending on the context in and purpose for which they are assembled. As the digital data produced by self-tracking are constantly generated and the combinations of data sets that may be brought together on individuals are numerous, personal data assemblages are never stable or contained. They represent a ‘snap-shot’ of a particular moment in time and a particular rationale of data practice. The data assemblages are always mutable, dynamic, responsive to new inputs and interpretations. They thus represent a type of selfhood that is distributed between different and constantly changing data sets. Self-tracking assemblages are constantly created and recreated when information about individuals is derived via digital technologies and then reassembled for various purposes.

Bodies and selves are always multiple, in whatever context they find themselves. However for self-trackers, this multiplicity is foregrounded in ways that may not have occurred in previous eras. If they are reviewing their personal data regularly, they cannot fail to be confronted with the shifting data assemblages that serve to represent their bodies and their selves. Part of the data practices in which they are invited to engage as part of self-tracking culture, therefore, is the negotiation and sense-making around the hybridity and vitality of their data assemblages.

To gain meaning from these data sets, self-trackers or third parties who seek to use their data must engage in sense-making that can interpret these data and gain some purchase on their mutating forms. An important element of self-tracking practices for many people is the visualisation or presentation of their personal data. The notion that data can be beautiful and aesthetically pleasing when presented in appropriate formats pervades data science in general: Gregg (2015) refers to this phenomenon as the ‘data spectacle’. The generation of digital data visualisations can be, variously, acts of work, creative expression and the presentation or performance of selfhood, with the latter an element in particular of self-tracking practices.

In the ‘show-and-tell’ ethos of the Quantified Self movement, finding compelling visual modes to demonstrate the patterns in one’s data is a central feature. The Quantified Self website is full of demonstrations by members of their data, including videos of their ‘show-and-tell’ presentations and still images of their visualisations. Collecting and aggregating personal data, therefore, are part of a range of practices involving self-knowledge and self-expression. By showing one’s data to others in a visually interesting and explanatory graphic, a self-tracker is achieving both self-knowledge and self-expression. Self-tracking becomes performative, both for the insights that a self-tracker may achieve about her or his life but also in terms of the aesthetics of the data that she or he may be able to curate.

The aesthetic elements of data visualisations involve affective responses that may include both pleasure and anxiety (McCosker and Wilken 2014). Indeed McCosker and Wilken (2014) refer to the tendency in data visualisation circles towards the fetishising and sublimity of ‘beautiful data’ as part of exerting mastery over the seemingly unlimited and thus overwhelming amounts of big digital datasets. Extending this logic, the physical materialising of digital data in the form of a 2D or 3D data materialisation may offer a solution to the anxieties of big data. When it is one’s personal data drawn from one’s own flesh that is being manifested in a material digital data object, this may provoke a sense of mastery over what may be experienced as a continually data-emitting subjectivity. The liquidity, flows and force of personal digital data become frozen in time and space, offering an opportunity to make sense of one’s data. 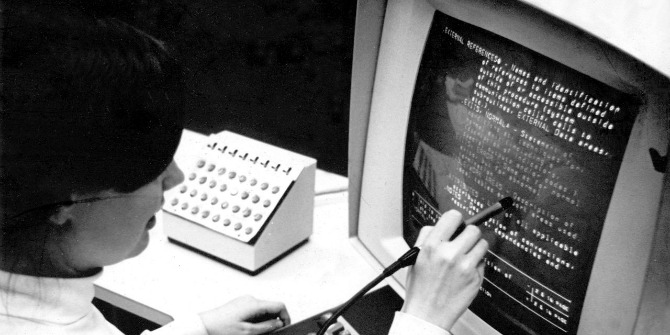 Digital Object Identifiers: Stability for citations and referencing, but not proxies for quality 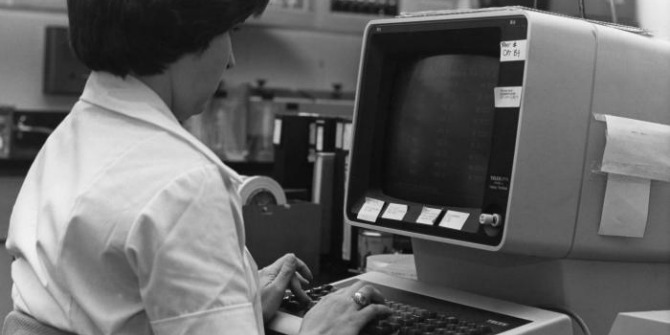