In this volume, seventeen distinguished anthropologists draw on personal and professional histories to describe avenues to mutuality through collaborative fieldwork, community-based projects and consultations, advocacy, and museum exhibits. Sander Hölsgens thinks that although this book might not be all that accessible for those outside the field of anthropology, its value is located on the level of the anecdote: what does the notion of mutuality mean for their anthropological work?

Mutuality: Anthropology’s Changing Terms of Engagement gives a compelling insight into the values that underpin the commitment of anthropologists to the discipline. Why do anthropologists conduct fieldwork? What does it mean to live alongside the communities within which they work and live? How do long-term relationships affect not only research outcomes, but also personal lives? In short: what does mutuality mean for the field of anthropology?

For editor Roger Sanjek, anthropology “has two contending value systems that motivate our work”. First, there is the academic-career complex, or the values that motivate anthropologists as professionals, such as work and research opportunities, and approval and esteem from colleagues. The second value system is constructed by the notion of mutuality. That is to say: the values “brought from the wider social worlds in which we have grown up and in which we live as persons, actors, and citizens, which include the value we place upon mutually positive relations with the people we study, work with, write about and for, and communicate with more broadly as anthropologists”.

Mutuality: Anthropology’s Changing Terms of Engagement is concerned with the second value system and provides sixteen personal stories of renowned anthropologists. These stories give an insight into their way of relating to the people they work with. Because of this approach, the work is predominantly of interest to scholars and students within the field of anthropology, as it presupposes some kind of affinity and experience with the discipline.

Interestingly, however, this doesn’t mean that Mutuality only explores scholarly anthropological endeavours. In the introduction, Sanjek makes clear that there is value in anthropologists working in a non-academic environment. Let me give just one example of this. In the eleventh chapter, Susan Lobo takes the opportunity to reflect on the whys of her own work by going beyond the conventional theoretical and methodological rationale. Lobo made the decision to position herself and her work primarily outside of academia. One reason for this, she argues, is that it enables her to respond to the needs as expressed by the people she’s working for or with. Moreover, for her, the “collaboration for creating a book very often brings the richest results and may even be not only the best way to create certain books but the only way”.

A result of working in such a diverse environment is that she had to explore what it actually means to write: “Some of what I had to learn, unlearn, or relearn in my own work has been to write in a variety of styles, sometimes avoiding and undoing the formality and stiffness of academic writing that I had so carefully nurtured during my academic training”. It is debatable whether or not academic writing within the field of anthropology is formal and stiff, but it does indicate the relevance of keeping your audience in mind. More specifically: What is it that you want to achieve with, say, an ethnography? Is it a form of communicating knowledge, or does it have a political agenda? On this level, Mutuality is relevant and, unsurprisingly, anecdotal. 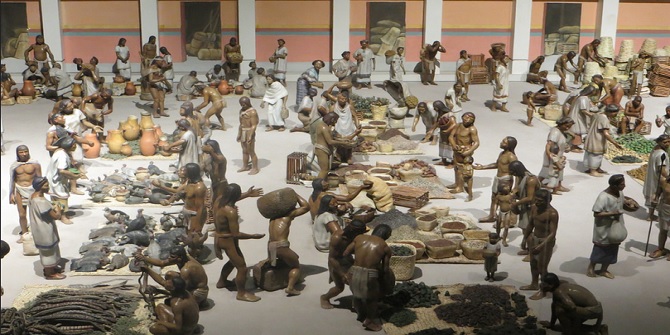 In the sixteenth chapter, Catherine Besteman explores the notion of ethnographic love, or a form of love “defined by the experience of mutuality, solidarity, collaboration, and self-transformation”. Besteman’s chapter is concerned with the anthropologist’s identity, not only during the ‘ethnographic encounter’, but also in anthropological texts. For her, it is important that anthropologists address how the relationships with the people they work with change them: “the praxis of anthropology is an effort in building social relationships”. Neglecting these relationships, and what they mean for all parties involved, would thus undermine the value of the praxis of anthropology.

It is this interpersonal and affective dimension of anthropological engagement, Besteman claims, that is often inadequately acknowledged. This seems counterintuitive, for we [as anthropologists] “reshape our understandings of ourselves, our place in the world, our personal relationships, and the kinds of society we desire through our close attention to and involvement in the lives of those we study, as well as through their involvement in our lives”. In her chapter then, Besteman makes the argument that there is value in embracing the notion of ethnographic love – and exploring how the ethnographic encounter affects those involved.

This astonishing chapter is emblematic of Mutuality: Anthropology’s Changing Terms of Engagement. The work, as edited by Roger Sanjek, might not be all that accessible for those unfamiliar with the field of anthropology but its value is located on the level of the anecdote: what does the notion of mutuality mean for their anthropological work – and for their personal lives? How is fieldwork experienced? And what is it that makes anthropology meaningful?

Sander Hölsgens is a filmmaker, and a PhD candidate at the Bartlett School of Architecture, UCL. He is also a contributing editor of Cultural Anthropology (Cultanth.org). His most recent research is an anthropological inquiry into the act of skateboarding in Seoul, South Korea. Find him on Twitter  @sanderholsgens

Social media is a ticking time bomb for universities with an outdated web presence. 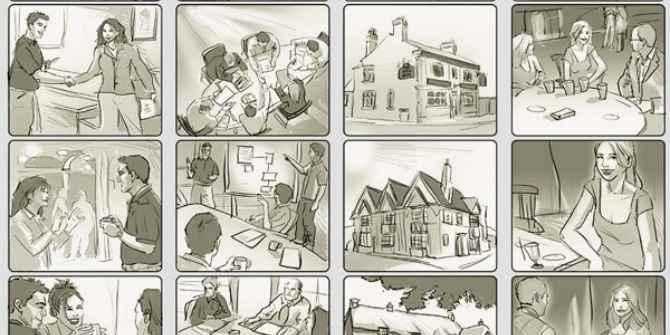