Researchers are often cast as hapless victims in the scholarly communication system. Cameron Neylon argues their largely rational actions to demonstrate productivity are a choice and are also all part of the game they helped to create. Everyone is playing the game, publishers, researchers and funders, but that doesn’t mean that all the players have the same freedom to change it. It is only the research community itself that can change the rules. If institutional leaders chose to change the game, the world would shift tomorrow.

Researchers for the most part are pretty smart people. At the very least they’ve managed to play the games required of undergraduate and post graduate students, and out-competed a substantial proportion of other vying for the same places. Senior academics have survived running the gauntlet of getting published, and getting funded, at least enough to stay in the race.

It has been observed that when smart people do dumb things it is worth looking closer. The dumb thing is usually being done for a smart reason. Indeed we might go one step further and suggest that where a system is populated largely by smart people the proportion of dumb things they are doing could be a good diagnostic of how good the system is at doing what it is meant to do, as opposed to what it is measured to do. On this basis we might wonder about the health of many universities.

We also know there are a few issues with our systems of scholarly communications. And some of these involve unscrupulous and deceitful players out to reap a commercial gain. The story of so called “predatory” journals is a familiar one, which usually focuses on “publishers” claiming to offer open access services, but more recently an article in the Guardian took a similar stance on traditional academic monograph publishers.

In both cases the researcher is presented as a hapless victim, “hoodwinked” as the headline states into parting with money (either directly in the form of APCs or indirectly through their libraries). But really? I’ve no intent to excuse the behaviour of these publishers, but they are simply serving a demand. A demand created by researchers under immense pressure to demonstrate their productivity. Researchers who know how to play the game. 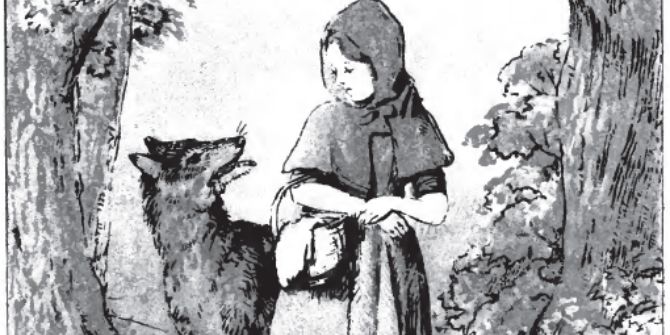 What is a line on a CV worth? Does it make that grant a little more likely? Does it get you past the magic threshold to get on the applicant short list? Is there a shortcut? Researchers are experts at behaviour optimisation and seeing how systems work. I simply don’t buy the “hapless victim” stance and a lot of the hand wringing is disingenuous at best. On a harsh economic analysis this is perfectly rational behaviour. Smart people doing dumb things for smart reasons.

The expansion of journal lists, the increasing costs to libraries, and the ever expanding list of journals that would take just about anything were never perceived as a problem by researchers when they didn’t see the bills. Suddenly as the business model shifts and the researcher sees the costs the arms are going up. The ever dropping circulation (and ever rising prices) of monographs was never really seen as a problem until the library budgets for monographs started to disappear as the serials crisis started to bight.

The symptoms aren’t restricted to dodgy publishing practices of course. Peer review cartels and fake reviewers result from the same impulse, the need to get more stuff published. Paper mills, fake journals, secondary imprints that will take any book proposal, predatory OA and bottom feeding subscription journals are all expressions of the same set of problems. And the terrifying thing is that responsible publishers are doing a pretty good job of catching a lot of it. The scale of the problem is much, much greater than is obvious from the handful of scandals and a few tens of retractions.

At times it is tempting to suggest that it is not publishers that are predatory, but researchers. But of course the truth is that we are all complicit, from publishers and authors producing content that no-one reads, through to administrators counting things that they know don’t matter, and funders and governments pointing to productivity, not to mention secondary publishers increasing the scope of they indices knowing that this leads to ever increasing inflation of the metrics that makes the whole system go round.

We are all complicit. Everyone is playing the game, but that doesn’t mean that all the players have the same freedom to change it. Commercial suppliers are only responding to demand. Governments and funders can only respond to the quality assessments of the research community. It is only the research community itself that can change the rules. And only a subset of that.

Emerging researchers don’t have the power to buck the system. It is senior researchers, and in particular those who mediate the interface between the sources of funding and the community, the institutional leaders, Vice-Chancellors, Presidents, Deans and Heads of Department. If institutional leaders chose to change the game, the world would shift tomorrow.

Scott Edmunds perhaps summed it up best at the FORCE2015 meeting in Oxford:

It is no longer the case that people are gaming the system, the system has become a game. It’s time to say Game Over.

If we cast ourselves as mere victims we’ll never change the rules. The whole narrative is an excuse for doing nothing.

This piece originally appeared on Cameron Neylon’s personal blog as Researcher as Victim. Researcher as Predator. and is reposted under CC0

Cameron Neylon is a freelance researcher and consultant and well known agitator for opening up the process of research. He speaks regularly on issues of Open Science including Open Access publication, Open Data, and Open Source as well as the wider technical and social issues of applying the opportunities the internet brings to the practice of science. He was named as a SPARC Innovator in July 2010 for work on the Panton Principles was a co-author of the Altmetrics manifesto and is a proud recipient of the Blue Obelisk for contributions to open data. He writes regularly at his blog, Science in the Open.