The role of academic social science in relation to policymaking and practice has seen extensive discussion and disagreement in recent years. An essential starting point for our understanding, argues Martyn Hammersley, is to distinguish among the different types of social research, especially between academic work and more practical forms of inquiry. We need to start presenting a more realistic justification for our work, and for why it warrants public funding.  But we must also be clear that the indirect and elusive character of social science’s contribution does not mean that it is meagre or insignificant.

In his recent book about the ESRC, David Walker laments the fact that the original vision of its early directors, notably Michael Young and Andrew Shonfield, has not been realised: for them its task was to fund interdisciplinary research that would feed directly into policymaking, and thereby have a significant impact on society. The main, though not the only, villains of the piece in Walker’s history are academics. He claims that they hijacked the organisation in order to fund their own research. As this suggests, he rejects the idea of academic autonomy, and sees very little value in social science which does not produce findings that are actionable and have ‘impact’.

His account oversimplifies, relies to a considerable extent on anecdote (‘I recall a conversation with [Geoff Mulgan] inside Number 10, sitting on a chintz sofa’), and caricatures the views of those who disagree with him, including me. But, putting all this on one side, his discussion does raise very important issues: what role social science can and should play in relation to national policymaking, and to organisational or occupational practice more generally; whether there is any connection between the quality of research evidence and the influence it has; in what sense if any its results are cumulative; and whether interdisciplinarity is viable. In my view, he is certainly correct that exaggerated claims have been made for the contribution that social science has made to policymaking, but he is wrong to underplay its actual contribution by contrasting it with a utopian ideal. He is also wrong to deny the value of academic autonomy, since this is essential for the productive pursuit of some kinds of knowledge (Hammersley 2016). 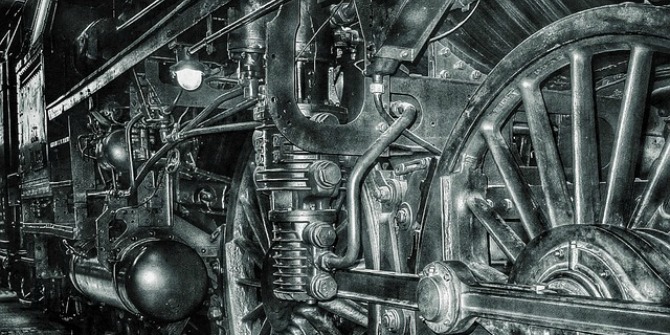 Here I want to use Walker’s book as a prompt to explore the justification for academic social science, in a way that is more realistic than the exaggerated claims for its major role in practical decision-making that he rightly challenges. However, this is no easy task in the present climate of opinion, dominated as it is by the kind of economistic instrumentalism on which Walker’s critique itself relies: for example, he repeatedly asks what the demonstrable impact of social science has been in financial terms.

One of the failings of much discussion about the role of social research in relation to policymaking and practice is that, each time there is a crisis in this relationship, discussion effectively starts again from scratch, and goes over much the same ground, rather than building on previous understanding. So, for example, many years ago a distinction was drawn between two rather different ways of conceptualising the relationship between research and practice: the engineering and the enlightenment models (Bulmer 1982). The first assumes that research can feed directly into action, while the second treats it as shaping perspectives in broader terms, or serving as a resource that can be used, along with others, to make practical decisions. While each of these models has been interpreted in different ways, the literature dealing with them provides a much richer understanding of the various roles research can play than the narrow, intellectually corrosive instrumentalism that currently prevails (Hammersley 2002).

An essential starting point, then, is to distinguish among different types of social research, especially between academic work and more practical forms of inquiry, such as that contracted by government departments or carried out by commercial research organisations, including pollsters. The former is concerned with contributing to cumulative bodies of knowledge about perennial issues, from financial crises to urban riots, healthcare provision to immigration. By contrast, practical social research is aimed at supplying specific information needed for current decision-making, and doing so as far as possible at the time required. It is important to emphasise that both these kinds of research are of value, and indeed that they each stimulate and feed off the other. But they are very different in character, and involve significantly different requirements.

At one time, there was a broad consensus that the function of the SSRC/ESRC was to fund academic research, while practical research would be financed directly by government departments and by other organisations in need of the information to be supplied. However, increasingly, there has been pressure on the ESRC to shift its emphasis towards practical research that has direct impact through being taken up by users. Walker’s complaint is that this pressure has not had the desired effect, but he does not stop to consider whether there may be reasons for this, he simply assigns blame. The parallel history of the Institute of Community Studies, which Michael Young founded, may provide some pointers, since there a shift occurred from research aimed directly at shaping policies towards an approach that was closer to the enlightenment model (Wilmott 1985). 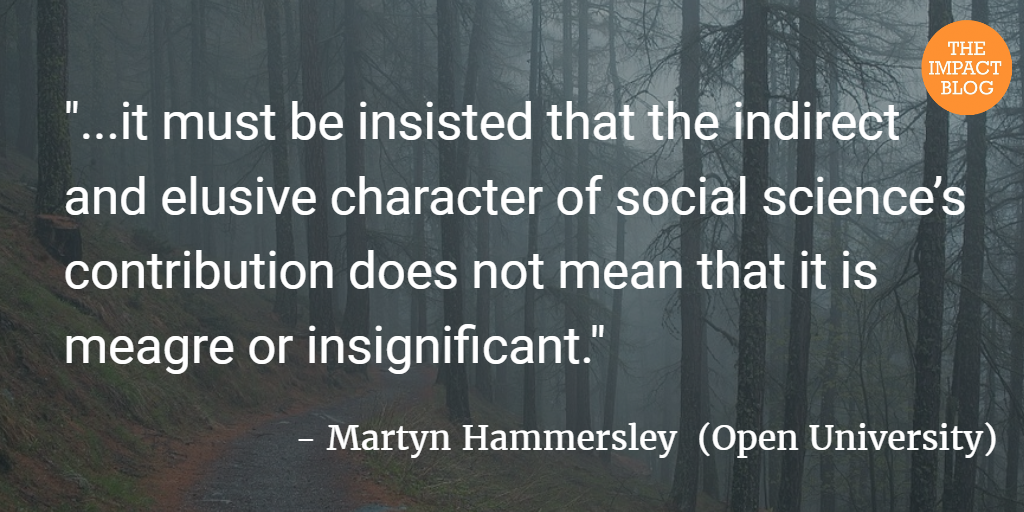 An instrumental justification can, of course, be provided for academic social science, not just as providing information and ideas that may be taken up by policymakers and practitioners (in terms of the enlightenment model) but also through its contribution to practical social research, and through university courses that educate future policymakers and practitioners, and their publics. This justification stands despite the ‘payoff’ of social science, in all these ways, being indirect and difficult to measure, or even hard to detect; as various studies of the role of research in relation to policymaking have shown (see, especially, Weiss 1980). Against the kind of narrow instrumentalism that now prevails, it must be insisted that the indirect and elusive character of social science’s contribution does not mean that it is meagre or insignificant. This false conclusion derives from what might be thought of as a modernist fallacy: that everything important is observable and measurable; and indeed that all state funding is investment on which there must be a calculable return. A vital contribution that social scientists could make to public discourse at the present time is to challenge this conventional wisdom.

It is necessary, then, to emphasise the instrumental value of academic social science and to resist attempts to limit such value to what can be measured. Equally important, though, there is a non-instrumental justification for academic social science that must be recognised and championed. This relies on the argument that there is value in human beings knowing about and reflecting on their social lives, and that academic social science facilitates this by providing both empirical information and theoretical ideas. Of course, it is particularly difficult to make the case for this role in the current climate, but it is nevertheless important to do so. Otherwise an emaciated conception of what is of value in human life is promoted. Moreover, the task here begins within the research community, since there are many social scientists who themselves seem to believe that all value is instrumental, for example that worthwhile research must provide a critique of some aspect of current social and political arrangements or bring about change, indeed that otherwise it is pointless or even of negative value. This is not only a form of instrumentalism – the assumption that all value is instrumental – it is one that encourages social scientists to abuse their limited intellectual authority by falsely claiming expertise in making value judgments about the phenomena they study; when their expertise is limited to producing certain types of factual information that are more reliable than those from other sources.

This task may be a modest one, but it is nevertheless important, and by no means easy.

Walker’s book should serve as a warning to academic social scientists: in effect, it is the writing on the wall. His message is that excessive claims about the direct and immediate relevance or impact of social science are no longer believable. Such claims have been central to the pitches made by the ESRC and by the Academy of Social Sciences, notably in the Campaign for Social Science (Hammersley 2015), as well as by many individual social scientists in promoting their own work. We need to start presenting a more realistic justification for our work, and for why it warrants public funding. While it may be very difficult to get this accepted, the task is nevertheless essential.

This piece originally appeared on Discovery Society and is reposted with permission.

Martyn Hammersley has been an academic and social scientific researcher for over 40 years, especially in the field of the sociology of education. He was professor of educational and social research at the Open University.

Public libraries play a central role in providing access to data and ensuring the freedom of digital knowledge.