How much have the open science movement’s practices and principles permeated researcher behaviour and attitudes in India? Arul George Scaria, Satheesh Menon and Shreyashi Ray have conducted a survey among researchers working across five different disciplines in India and reveal that more can be done to promote open science within its research institutions. While a majority of respondents believe open science to be important, less than half use open access repositories for sharing publications, with a much smaller fraction using them to share data. Meanwhile, a paucity of simplified and translated versions of scientific papers and continued access problems for those with disabilities are indicative of a research environment that is not as inclusive as it could be.

As part of the Open Science for an Innovative India project, we conducted a survey among researchers working across five different disciplines in India (the detailed methodology can be accessed here). Two major goals of this survey were to gain insights on: (i) publication and data sharing practices of Indian researchers; and (ii) their attitudes and approaches towards open science, open access, transparency, reproducibility, and collaboration. In this post, we would like to share some of the initial results of the survey.

A majority of the respondents are of the view that open science is important for research (89.62%). In order to gain more insights on open science practices within their respective institutions, we asked respondents whether their colleagues share details regarding research methodology, research tools, source of funding, negative results, etc. We asked the respondents about the sharing practices of their colleagues, as social desirability bias could have been a serious concern had we solely focused on their own sharing practices.

While transparency with respect to research methodology (70.56%), research tools (65.91%), and source of funding (63.28%) was stated as common institutional practice by respondents, sharing of negative results is relatively rare (31.98%). The significance of disclosing source of funding is particularly highlighted by controversies such as that created by a recent report published by Campaign for Accountability regarding academic funding by Google. 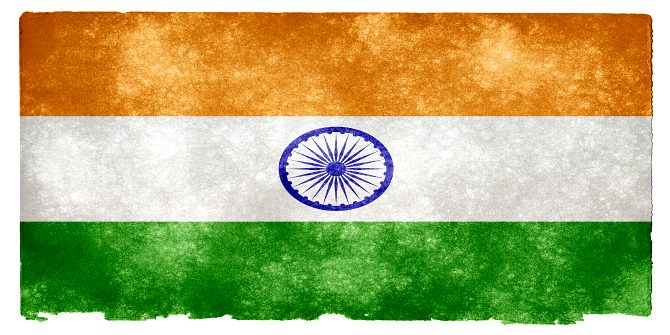 Image credit: India Grunge Flag by Nicolas Raymond. This work is licensed under a CC BY 2.0 license.

Our initial results show that an unwillingness to pay (45.83%) and an inability to fund (31.25%) article processing charges (APCs) are the two most prominent reasons which discourage researchers from sharing their publications openly. On the other hand, when it comes to data sharing, a reluctance to share data before having completed all possible research/publications based on that dataset appears to play a major role (48.88%). Similarly, 25.18% of respondents were of the view that they can share data only after proper curation.

We had also asked respondents who have shared their publications/data openly whether they noticed any benefits after having done so. While 41.08% mentioned greater visibility (e.g. through increased citations) as a benefit, we notice that the perceived benefit of data sharing was non-existent for a large number of respondents (36.43%).

When it comes to decisions regarding publication, the impact factor (37.24%) and reputation of the journal (46.15%), and payment requirement (42.71%), are important factors. However, publisher policies pertaining to open access (27.6%) and copyright ownership (27.69%) are considered to be important by fewer respondents.

Currently, there is a huge divide between science and society. One of the main reasons for this is that scientific expression is inaccessible to those not well-versed in the specific technicalities of the relevant discipline. Democratisation of science is likely to happen only when its practice takes place in an inclusive and accessible manner. One way to do this is to publish simplified versions of research findings. Our survey indicates 35.87% of respondents never do this, while 31.52% do so only rarely. Moreover, in a diverse, multilingual country such as India, publishing primarily in the English language leads to millions of people being further excluded from participation in science. The percentage of respondents who never share translated versions of their research in regional languages is substantial (86.77%).

Measures taken for people with disabilities

One of the essential components of open science is the existence of systemic structures which ensure that the production as well as consumption of science is inclusive and accessible. Persons with disabilities are often excluded from the knowledge creation process. In order to address this issue, institutional facilities for researchers with disabilities, as well as measures to enable ease of access to research produced, are necessary. Our data shows that while ramp (83.63%) and wheelchair (64.24%) facilities are now available in a majority of the institutions, facilities like audiobooks (9.09%) and braille textbooks (6.06%) are rarely provided.  Moreover, a large majority of respondents (85.33%) were also unaware of any steps taken by their institution to ensure that research outputs produced in the institution are accessible to people with disabilities. This clearly indicates that conversations about the need to include persons with disabilities in the research process are still not a priority for most institutions.

Satisfaction with existing rules and practices and attempts to effect changes

Finally, it is important to highlight that respondents in our survey appear to be satisfied with the status quo regarding institutional practices on issues such as intellectual property rights (IPR) over research outputs (66.89%), open access to publications (57.67%), and open access to data (48.5%). We also notice that 46.91% have never made an attempt to change the institutional rules or practices regarding dissemination of research outputs. While it may not be reasonable to expect all individuals to lobby for changes, it is worrying to see that 24.69% never felt the need to do so. We should view all this data in the context of the limited sharing seen among the respondents and insufficient institutional policies incentivising sharing.

Our initial results suggest that if our vision is to make science accessible, transparent, inclusive, and socially relevant, significant changes are required in the attitudes and practices of the current participants of science. This will be possible only if detailed studies and analyses are conducted regarding attitudes of researchers and individual/institutional practices in this area. We hope to provide more in-depth analysis on the survey data in the upcoming weeks.

The complete data from this survey (excluding those that may reveal the identity of the respondents) can be accessed here.

This research was supported by a grant received by CIIPC from Qualcomm Inc. However, Qualcomm Inc. has not been involved in any stage of the research, including the framing of research questions and data analyses. The authors thankfully acknowledge the contributions from all team members of the Open Science project.

Arul George Scaria is a Co-Director of the Centre for Innovation, Intellectual Property and Competition (CIIPC) and Assistant Professor at National Law University, Delhi. His key areas of interest and specialisation are open science, innovation, intellectual property and competition law. You can find more about Arul on his profile page or follow him on Twitter @arulscaria

Satheesh Menon holds an M.Phil. in Applied Economics and is at an advanced stage of his Ph.D. thesis. He did his M.Phil. from JNU (CDS), and joined UNU-MERIT in 2011. His areas of research include innovation, structural change, industrial policy, open science, and open innovation.

Shreyashi Ray is a Research Fellow at CIIPC. She is keen on exploring the human rights implications of intellectual property laws and competition law. Her interests include open science, innovation, impoverishment, and gender and sexuality. 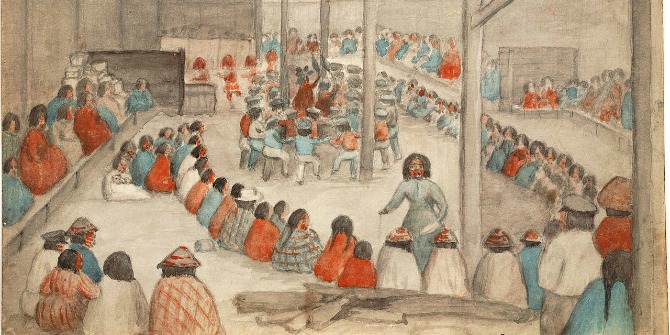