In a rapidly changing higher education landscape, where the meaning of “impact” and the expectations surrounding it are continually developing, the perceived relevance of social media seems obvious. Accordingly, increasing numbers of institutions are encouraging their researchers to take up social media to communicate their research to wider society. However, as Katy Jordan and Mark Carrigan explain, the rhetoric and reality of online engagement rarely match up and the possibilities social media offers for generating research impact are more elusive than they might initially seem. This leads to a problem whereby the practices in which we invest hope of achieving impact come to substitute for the impact that was their intended outcome.

Only a few years ago, it seemed unlikely that social media would become part of the research process. While researchers might use social media in a personal capacity, including talking about the work they were undertaking, it remained far away from the formalities of the research process as conducted and managed within the university. Although many sceptics about social media remain, its advocacy has nonetheless been taken up by a group whose support would once have seemed unlikely: research managers. Throughout the UK higher education system, we can find advocacy of social media in growing numbers of institutions. This might be minimal in some, representing nothing more than guidelines for researchers and a few support pages. But in others it involves a serious attempt to encourage researchers to take up social media en masse to communicate their research to wider society. Social media has entered the mainstream within UK universities and it looks like it is here to stay.

What has brought about this change? In part, it reflects a more general diffusion of these platforms through society, as what were once niche services have rapidly become ubiquitous. However there is one aspect, particular to higher education, which remains underexplored: the impact agenda. As regular Impact Blog readers will know, impact was introduced when the Research Assessment Exercise was replaced by the Research Excellence Framework (REF) in 2014. While the national auditing of research outputs has been part of funding allocation since 1986, it was not until the REF that a concern for the perceived “real world” impact of research was introduced. This involved the submission of case studies intended to make explicit the links between research undertaken and specific impacts. The relationship between social media and the impact agenda can seem obvious. After all, these platforms promise immediate access to potentially vast audiences, remain easily accessible and cost little to nothing. However, as we will see, the rhetoric and reality of online engagement rarely match up and the possibilities social media offers for generating research impact are more elusive than they might initially seem. This is the first of two posts to feature on the Impact Blog in which we report on a small empirical study conducted in order to try to untangle the relationship between rhetoric and reality.

Increasing the impact of research is often cited as a reason for academics to engage with social media, either through widening the spread and readership of formal academic publications or as a mechanism to improve impact through enhanced public engagement. But underlying these claims about the benefit to researchers is a still elusive problem: what is impact and how do we measure it? Despite widespread agreement concerning the existence of social impact, how we identify and account for it is a much more controversial issue. This becomes even more emphatic when research managers are tasked with identifying, describing, and promoting research impact within their institutions. What exactly should be encouraged across a diverse range of researchers, trained in different disciplines and producing knowledge in different ways? The lack of fixity concerning the meaning of “impact”, as a moving target within a still evolving policy landscape, makes this question even harder to answer than it would be otherwise. Our suggestion is that this institutional challenge is proving crucial in how social media is becoming institutionalised within UK higher education, increasingly seized upon to perform a role we suspect it is often ill-equipped for.

Image credit: geralt, via Pixabay (licensed under a CC0 1.0 license).

Social media can easily seem like a solution to this problem of impact. How are we to encourage academics to climb down from the ivory tower, go out into the world and share their research with wider society? To characterise the problem in this way is simplistic but it conveys the nub of the issue faced by those charged with ensuring research impact. In a rapidly changing institutional landscape, where the meaning of “impact” and the expectations surrounding it are continually developing, the perceived relevance of social media seems obvious. These are technologies suffused with impactfulness, framed in our everyday conversations as transformative arenas which bring opportunity and peril in equal measure. If one is tasked with embedding a culture of engagement, promoting research practice which is orientated towards impact from the ground up, encouraging researchers in your institution comes to seem like an easy win. Even if the precise relationship between social media and impact is not clear, it must surely represent a foundation upon which research impact can be built.

The problem is this lack of precision can lead to a slippage, as practices in which we invest hope of achieving impact come to substitute for the impact that was their intended outcome. Twitter followers come to be a proxy for impact capacity; regularity of blog updates comes to be a proxy for impact willingness. In an accelerating academy, where the expectations placed upon researchers are constantly ratcheting upwards, there is a comforting aura of objectivity surrounding the metrics which social media platforms provide. It is difficult to play a game where the rules change with each research assessment exercise, but active engagement online (signifying your impact willingness) and a following which has built in response to these engagements (signifying your impact capacity) will seem to many like a good place to start.

It is easy to understand why social media is greeted with such enthusiasm by those seeking to implement this agenda. These free, accessible, easy-to-use technologies hold the promise of immediate access to audiences of millions. For an academy rethinking its place within the world, seeking to obliterate the boundaries which have closed it off from the world, the potential of these new media can seem intoxicating. At precisely the moment when we need to scale the walls of the ivory tower, bridging the gap between town and gown, a whole suite of communications technologies have emerged which promise to do precisely this. The next step seems comparatively simple: persuade sometimes recalcitrant scholars to take advantage of these possibilities and get their research “out there”, ready to make an impact in the world. However the reality of social media for academics is somewhat more complex than these breathless invocations of its potential tend to acknowledge.

In the next post, we explain how the invocation of social media in the impact case studies for REF 2014 helps shed light on the rhetoric surrounding social media, as well as highlighting the problems we need to address if we plan to institutionalise it in an effective way.

Katy Jordan is currently a visiting fellow in the Institute of Educational Technology at the Open University, UK. Her research interests focus on the intersection of the internet and higher education, and she has published research on topics including academic social networking sites, openness in education, massive open online courses, and semantic technologies for education. Her ORCID ID is 0000-0003-0910-0078. 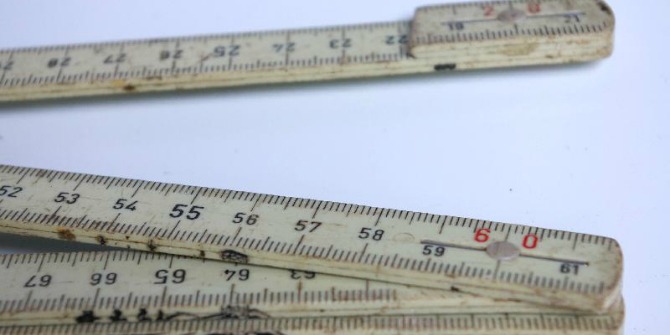