Elsevier is the latest in a lengthening list of publishers to announce their adoption for 1,200 journals of the CASRAI Contributor Role Taxonomy (CRediT). Authors of papers in these journals will be required to define their contributions in relation to a predefined taxonomy of 14 roles. In this post, Elizabeth Gadd weighs the pros and cons of defining contributorship in a more prescriptive fashion and asks whether there is a risk of incentivising new kinds of competitive behaviour and forms of evaluation that doesn’t benefit researchers.

Getting named on a journal article is the ultimate prize for an aspiring academic. Not only do they get the paper on their CV (which can literally be money in the bank), but once named, all the subsequent citations accrue to each co-author equally, no matter what their contribution.

However, as this tweet demonstrates, getting named on a journal article is not the same as having a) done the lion’s share of the research and/or b) actually writing the journal article. And there is a lot of frustration about false credit claims. Gift authorship, ghost authorship, purchased authorship, and wrangles about author order abound. To address these problems there is some helpful guidance from organisations like the International Council of Medical Journal Editors, the British Sociological Association and the Committee on Publication Ethics (COPE) about what constitutes an author. Perhaps most significantly, in 2014 we saw the launch of CASRAI’s Contributor Role Taxonomy, CRediT.

CRediT aims to ensure that everyone attributed on a paper gets recognised for their contribution. As such it goes one step further than guidance and provides a structured way for authors to declare their various contributions. It lists 14 contributor roles, some of which you might expect (writing, analysis) and some of which you might not (supplying study resources and project admin). And whilst it won’t stop someone being named who should not be named, nor will it ensure that everyone is named who should be named, it does make omissions a bit more difficult – and for this it has been highly praised.

But, I still have some questions about CRediT. And whilst I might be overthinking this (bad habit), I’d welcome any thoughts the community might have on the following:

So, the ‘C’ in CRediT stands for Contributor. It is a Contributor Role Taxonomy. But what is not too clear is whether CRediT seeks to capture contributions to the paper, or contributions to the research. It might sound like I’m being picky, but in legal terms there is a big difference between these two. Because, someone who writes the paper is technically an author and has rights as such and someone who only contributes to the underlying research is not. So, whilst an author is always a contributor, a contributor is not always an author.

But it’s not just for legal reasons that these labels matter. As the tweet shows, they matter to researchers too. Researchers have a sense that the term ‘author’ means something different, more significant, than ’contributor’. Disciplinary norms play a huge role here of course. In the medical sciences, the ICMJE have actually spelled out which roles constitute ‘authorship’ and which constitute ‘non-author contributorship’. They even specify that non-author contributors should only be ‘acknowledged’ and not listed in the author by-line.

In the Arts & Humanities, naming a single author a ‘contributor’ would seem entirely inappropriate as it suggests that others had a hand in their work. However, I wonder whether single-authors, if called upon to strictly adhere to CRediT, would find themselves obliged to list others as ‘contributors’ (Librarians maybe?) where historically in their disciplines they might not do so.

Assuming that CRediT are not seeking to abolish the role of author altogether and assuming they don’t believe non-author-contributors should be relegated to the acknowledgements, where presumably they’d get no formal credit at all, I’m not entirely sure where this leaves us. Are they creating a third category of research participant, slightly more than ‘acknowledgee’, but less than author?  And assuming such a status could easily be incorporated into the world’s bibliographies, can someone’s contribution be assessed merely on the role name (e.g., ‘Software’) or would it need to be assessed on the level of their contribution in that role?

My final question is whether all disciplines are happy that the 14 roles identified by CRediT are the right ones? Now I’m aware that CRediT was not initially designed with Arts & Humanities subjects in mind, so this might not be an entirely fair question. But I must say it surprised me recently, when a materials scientist, Dr Ben Britton, spoke of his frustration at having to adhere to CRediT because he felt the 14 roles weren’t pertinent to his discipline. I’m left wondering whether it was too ambitious to believe the many and varied contributions to the many and varied scholarly sub-disciplines could be distilled into 14 categories. And whether it is unrealistic to think that the same 14 categories are going to remain the same forever.

My second niggle with CRediT is its name. I am partial to a cheeky acronym myself, and I can only imagine the glee its creator must have felt when they came up with this one. After all, who doesn’t want credit for their contribution?!  But scholarship is not all about getting credit, believe it or not. There is something about taking responsibility too. And, as we’ve seen above, about taking copyright ownership of their work.

There are a lot of problems in the scholarly communications space caused by credit-seeking behaviours. For instance, publishing only headline-grabbing results, not publishing null results, publishing too hastily with subsequent retractions, and irreproducible science. We know that if more researchers had a stronger sense of the copyright ownership that authorship conferred, and felt less driven to relinquish their rights to publishers in exchange for reputational credit offered by publication, we wouldn’t find ourselves in a situation where the majority of our scholarly output is owned by commercial entities.

Indeed, one of the problems CRediT itself is seeking to address is unfair credit-seeking.  So ironically, I wonder whether CRediT is unwittingly contributing to the problem it seeks to solve.

We are already seeing bibliometric analyses based on contributor roles. Whilst this is interesting at a ‘science of science’ level (e.g., are roles gender based?), it worries me on an individual researcher evaluation level.  Are we going to see some roles prized above others? Will some roles literally ‘count’ and some roles not?  And what impact will this have on those early career researchers in project administration and literature searching roles that CRediT seeks to give previously unacknowledged credit to?  Will they, in another terrible fit of irony, be excluded from some forms of credit altogether?

I’m not sure there is any way of mitigating against the worst effects of this. And I’m particularly concerned because of course the underlying CRediT data required to run such analyses will be collected and owned by publishers. I note from the CASRAI website that they are seeking to “ensure that CRediT is tied to ORCID and included in the Crossref metadata capture”.  But not all metadata ingested by Crossref is available openly. And the world’s largest journal publisher, which recently announced the adoption of CRediT by 1200 of their journals, infamously does not cooperate with open citation services.

To me this is a concern. I’m not sure if CASRAI has any power to ensure that CRediT-adopting journal publishers commit to making their resulting CRediT data available openly via Crossref, but if so I would urge them to do this.  At least this way publishers won’t end up with exclusive control over the community’s CRediT data.

I don’t want to rain on CRediT’s parade because the problem they seek to address is a real one. And the efforts they’ve made have had a considerable impact. However, I fear there are some challenges with CRediT’s current trajectory which may mean that those they hope to provide greater visibility for actually receive less credit rather than more. There are no easy answers here of course, but I worry that without an open conversation about some of these issues, CRediT might lose some of its very considerable potential. What do you think?

Huge thanks to Professor Charles Oppenheim and Dr Simon Kerridge for reviewing an early draft of this piece. In CRediT terms: “Writing – review & editing”. Definitely contributors not authors I’m thinking… 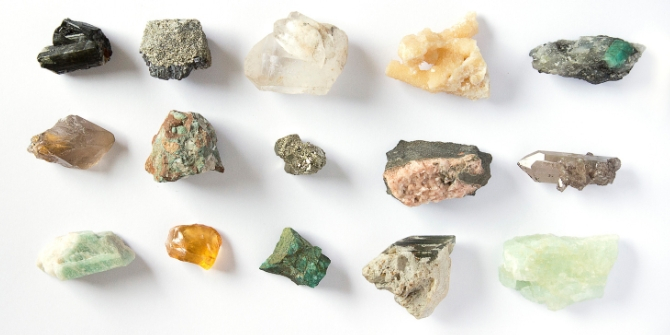