Responding to an emerging debate around the changing nature of the impact agenda in the UK, Richard Watermeyer, argues that the current moment presents a point of change; an opportunity to exorcise the ghosts of previous regimes of incentivising and assessing impact, and step towards a more meaningful social compact.

Jude Fransman’s excellent piece in THE deliberating the consequences of plans by UKRI to abandon pathway-to-impact statements (PIS) as formal aspects of research funding applications, has pushed much of my own recent thinking in relation to the impact ‘agenda’ and the degree to which it might be more accurately considered an impact ‘phantom’? If I’m right, UKRI’s plans may be not so much a ‘requiem’ for the impact agenda as James Wilsdon has pondered but a stage in its exorcism.

In the course of my own deep-dive into the experiences of the rank and file of publicly-invested, involved and embedded academics and their counterpart public engagement professionals working in universities the length and breadth of the UK, I have been repeatedly told that the positive influence of external drivers on academics’ attitudes and behaviours is not nearly so pronounced as advertised in ‘official’ accounts. In fact, the vast majority of those I have spoken to, report that cultural-uplift ‘innovations’ like PIS are more inhibitive than enabling for academics in making (and not just articulating) their societal contributions; especially in an environment where excellence has become fetishized and where the lessons of failure, integral to the learning journeys of all in higher education, are frowned upon or unforgiven. Many I have spoken to complain that the behavioural and attitudinal correctives of funding and regulatory innovators as self-appointed architects of virtue are blindly utopian, disconnected from grassroot realities – particularly the inequities and occupational precarities suffered by those committed to engagement – and unfairly perpetuate an archetypal characterisation of academics as deficit.

For those whose contribution is more humble, less showy, but no less valuable, an impact agenda is said to have infirmed their practice and cast doubt on their self-concept as engaged academics.

Moreover, they are said to neglect a long and sustained track record of public interface, the kind of which habitually falls shy of, or otherwise intentionally avoids the gaze of audit technologies and therefore seems not to ‘count’. For those whose contribution is more humble, less showy, but no less valuable, an impact agenda is said to have infirmed their practice and cast doubt on their self-concept as engaged academics. Analogously, it is felt to have further undermined the status of, and intensified the prejudice suffered by many engaged academics as applied researchers, where their peers – self-conceived as ‘proper’ academics practising basic science – are either envious of their impact capital; (legitimately) suspicious of the veracity of impact claim-making, where stylistic virtuosity has been shown to trump evidence-based assertion; or else dismissive of PIS as an indicator of scientific quality and esteem, certainly of the kind that might sway funding decisions, or even appeal to funding reviewers as typically impact-agnostic and inexpert.

I have also heard confession of their disinterest and disowning of PIS, as aspects of their grant applications that are either auto-filled, or delegated to impact specialists as ghost-writers. Many ‘true-believers’ have also spoken of their frustration at funding leniency and a failure on the part of funders to take PIS seriously both in peer review and in the case of post-award by neglecting to either follow up on impact claims or audit monies allocated for impact that are often found to be spent unapologetically on other non-impact related activities. An impact agenda is even said to have disincentivised those more engaged researchers’ commitment to making a public contribution, as they are haunted by a sense of ill-fit with the prescriptions of performance regimes and those who demand something ‘better’ and always ‘innovative’. Indeed, for many of the already-engaged, the imposition of prophesying the impact of their research is claimed to not only stimulate creative fictions, but restrict their public efforts where an impact agenda has caused them to prioritise forms of engagement – and even research – assured to yield tangible and/or hard results.

And so, while the higher education community may strive to do better and while ‘opportunities’ to focus minds in such terms may be entirely laudable, these ‘opportunities’ ought to be reflective of and responsive to the various (problematic) contexts of an existing research culture. Moreover, channelling Samuel Bowles, there is a need to face up to the limited efficacy and extent of incentives as any kind of substitute for good citizens.

Following this train of thought, we might consider that the potential of academics as ‘good citizens’, even virtuous agents, may be plausible only in so much as their agency is given license to flourish. This potential is likely to be better mobilised when the inconsistencies of the current – if well intentioned – funding formula are succeeded by a substantive and sustained overhaul and a reinvestment in (a currently toxic) research culture. One that moves it away from the confinement of status competition and towards an honest embrace of the public sphere. The greatest handicap to academics’ fullest immersion in the production of public goods may be thus not so much their own greatly exaggerated apathy, but the parsimony and/or pretence of many institutions in supporting a civic mission, hand-in-hand with the hyper-inflation of performance demands and the flimsiness of a policy architecture. The current challenge is therefore to disentangle engaged research from the hegemony of its fiscal rationalisation; a task predicated upon a far more momentous reset. 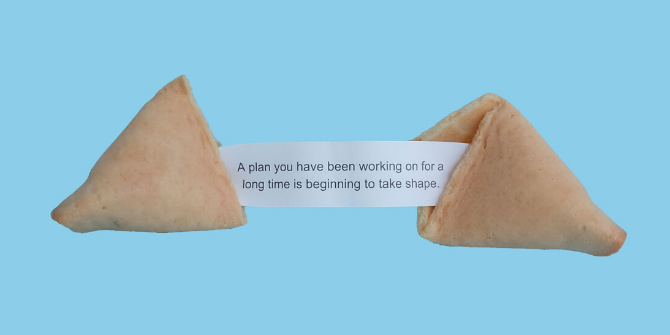