Developing a social media presence is an important ingredient for academics seeking engagement with their research. However, the binary logic rewarded by the Twitter algorithm, means that the route to altmertric stardom for some may yield abuse for others. Naomi Barnes argues that understanding how social media algorithms work is essential to ensure the ethical and scholarly character of online engagement and should be a core part of how universities promote the use of social media for academics.

Here’s a story — an academic has been observing and participating in a phenomenon on Twitter for many years, writes a paper observing it, throws that paper open-access into the same phenomenon, and skyrockets to altmetric stardom in 48 hours.

This is the type of success academic impact and engagement coaches hope for when they encourage people to use Twitter and blogging to disseminate their work. However, not all publicity is good publicity, and both academics and institutions have a responsibility to avoid promoting outrage and to protect researchers who are at risk of it.

Generally, it might preference the postings of those accounts a user actively engages with, then the topics they prefer to engage with. Algorithms are sophisticated enough to notice when a user simply opens a post to read it, or hesitates when scrolling, and does not need people to actively like or share the content.

The algorithms effectively reinforce what has popularly become known as echo chambers or filter bubbles where people only interact with people they like and agree with on issues. In other words, social media encourages digital intimacy where online connections serve a social function which reinforces social connections and bonds. This translates into affective publics where users typically bond together in like-minded groups.

Despite echo chamber and filter bubble rhetoric suggesting people are unable to respond critically to the information they receive because they rarely see an alternative point of view, Axel Bruns explains that users are usually aware of alternative points of view on social media. People have been shown to rebut alternative ideas by quote tweeting them, actively searching for them and responding with comments, and calling on their followers to do the same. These actions are more likely to strengthen bonds with users’ affective groupings, essentially reinforcing polarisation, rather than deliberation. This behaviour can be phrased as outrage and causes algorithms to respond with more of the outrage-promoting content

In short, social media with a newsfeed can activate binary logics, particularly ones associated with outrage.

In short, social media with a newsfeed can activate binary logics, particularly one associated with outrage.

Developing social media know-how has become a recommended ingredient in becoming a successful academic. Academics are usually coached to create titles for their articles which consider how the database algorithms distribute their work through searches.

Recently, an open access paper was distributed directly into the Twitter community it was critiquing and poked all of Twitter’s erogenous zones — binary, click bait, outrage. Within 3 days, Dr Steven Watson’s article was within the 99th percentile at the top of the altmetric rankings. The altmetric website explains, “older research outputs will score higher simply because they have had more time to accumulate mentions”, so this type of success for an article only a few days old is no mean feat. Of most interest for this blog, the score also came 100% from Twitter.

However, the standard observation from Internet Researchers is that academics who engage in social media practice that is dangerous or polarising are systematically trolled and threatened with violence. This is especially true of women, particularly women of colour and those from marginalised communities. As a result, sparking outrage on Twitter as part of a broader debate is a privilege that a white, male, tenured scholar at an elite university may have, but a precariously employed early career researcher from a marginalised community may not. As a result, many researchers from underprivledged backgrounds may discontinue doing dangerous and polarising research to avoid abuse online. The ramifications of that need to be deeply considered by the research community.

Bonding over binaries: the place of the academic in the outrage economy

It therefore becomes important for academics to understand how binaries and affective communities work on social media. In my own research into how polarisation occurs in education communities, I have found that strong affective ties amongst teachers, parents and academics can affect how challenging education research is received. Polarisation has often occurred before deliberation, but that same polarisation has been good for the research altmetrics. It is therefore vital that academics who distribute their research online consider the ethics of not just on how they distribute their information but who they are distributing it to, how that distribution tactic will play out in the outrage economy, and whether that decision will do more harm or bring some good.

we need to begin conversations about the responsibility an academic has in critically, ethically, and safely distributing work, not just critically engaging with it

Whilst sparking outrage might be one way to lift an altmetric, the professional encouragement of academics to use social media can also be a serious occupational mental and physical health hazard. Some online communities have created safe spaces to distribute work or supply support systems in the background. Scholars from the Association of Internet Researchers have been advocating for support networks to be put in place as part of ethics application for academics doing dangerous and polarising research, particularly if an institution is going to recommend social media usage as an engagement strategy. This would also acknowledge the labour that is already being done by online communities.

It is one thing to hold Twitter and its algorithms responsible for the continuation of binaries online, but that allows individual humans to avoid responsibility for what machines do. Knowing how the Twitter algorithm treats one’s posts, both virally and in distribution, should be a core part of how universities talk about the ethical and safe use of social media for engagement.

Dr Naomi Barnes is a lecturer and applied communications analyst at Queensland University of Technology in Australia. She uses qualitative and quantitative information impact modelling to inform a range of education industry phenomena observed in Australia and internationally. 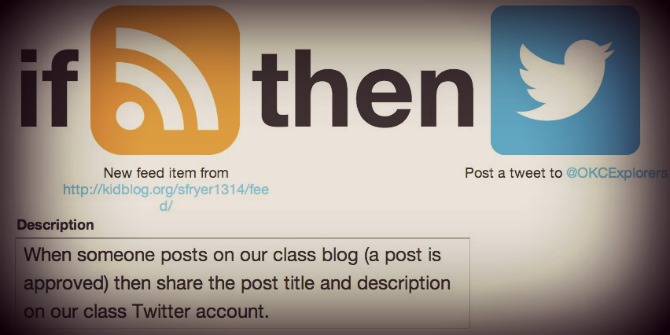 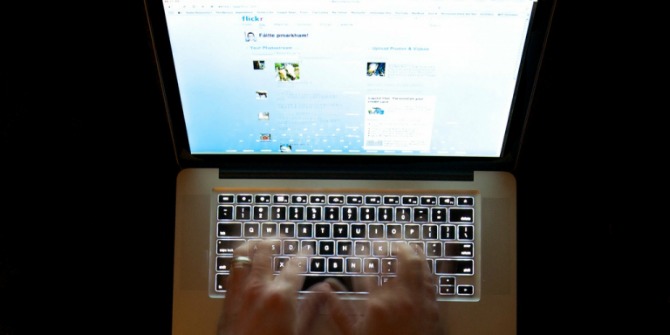