In February the UK government launched The Advanced Research & Invention Agency (ARIA). In this post, Emma Salisbury discusses what role the new agency might play and questions whether the transfer of this policy from its context in the US, where defence spending played a key role in the development of the agency, will deliver comparable results.

While the creation of a research body modelled on the American Advanced Research Projects Agency (ARPA) has been mooted for some time, it is only now that the government has published some details of what it will look like — the Advanced Research and Invention Agency (ARIA). Since the new agency was proposed, I have had some concerns about its establishment, particularly the fact that the defence aspects of ARPA appeared to have been overlooked in choosing it as a model for a British agency. ARIA may come to work well within the existing civilian research landscape, but it will be more effective if it retains links with the defence side of innovation.

The government’s approach was first outlined in the October 2019 Queen’s Speech, and the 2020 budget allocated £800 million in funding for the new agency. ARIA has recently been formally announced under the umbrella of the Department for Business, Energy, and Industrial Strategy (BEIS). The overt link to ARPA remains. In written evidence to the recent inquiry by the Commons Science and Technology Committee (STC), the government identified the “essential features” of ARPA that it hopes to bring into the new agency: “a programme-based approach, led by a clear vision, carefully protected freedoms and flexibilities for the organisation to quickly set direction and disperse funding, and a commitment to hiring and empowering a small number of exceptional people.” While the government does not “seek to duplicate” ARPA, the similarities are clear and deliberate.

The initial focus on ARPA as a model for a new British agency came from Prime Minister Boris Johnson’s former adviser Dominic Cummings. He has written a great deal on his view of ARPA as a bright spot in the history of innovation, centred on its particularly fruitful period during the tenure of J. C. R. Licklider between 1962 and 1975. He saw the agency’s success as being predicated on the ability to hire talented people and let them work freely, unshackling them from the bureaucracy of the state to promote high-risk, high-reward research. Although Cummings no longer works for No. 10, his idea has remained.

While the government does not “seek to duplicate” ARPA, the similarities are clear and deliberate.

The focus on ARPA is in some ways warranted, given the successes that the agency had in developing technologies related to key areas such as the internet and personal computers. However, it does appear that the ARPA model was chosen and then shoehorned into the British context, rather than being selected as a solution to an existing problem. As one expert stated in his evidence to the STC inquiry: “I found the discussion about ARPA rather curious because I have always been taught that form should follow function, yet we are having a discussion about a form — ARPA — without actually being clear on what its function is, which is critical.” The STC chair noted explicitly in his comments on the inquiry that a British ARPA is “a brand in search of a product.”

In the United States, ARPA has always had a defence focus. It was set up within the Department of Defense and given an explicit mandate to contribute to the technological superiority of the U.S. armed forces. In his oral evidence to the STC, academic William Bonvillian called the agency an “island bridge” — protected from overzealous bureaucracy but retaining strong links back to the department and its leadership. He noted that the Department of Defense created an “initial market” for products, which was not always the case for the various ARPA clones in other parts of the federal government. This is an important point — the ARPA replica within the Office of the Director of National Intelligence has done well because it has a clear mission and a committed customer in the intelligence community. The Department of Energy’s version has struggled to achieve the same success given the lack of either.

The British government seems to have taken the lesson that an agency of this type needs a clear position within a department, but its choice is interesting. While BEIS is an obvious candidate, given its role at the centre of existing innovation efforts, this is not the only relevant factor. If ARIA is intended to focus on high-risk research that is not being funded by current innovation bodies, why should it sit next to them? If the agency will cut through unnecessary bureaucracy to fund its chosen projects, why place it within a department known for bureaucracy? If it does not have a specific departmental customer and should instead be facilitating cross-discipline research, why cut it off from other departments that could contribute to its work? Professor Mariana Mazzucato highlighted this in her oral evidence to the STC, suggesting that the agency should either sit in a more cross-departmental position (such as within the Cabinet Office) or that there should be area-specific bodies set up within key departments that could work together where needed.

If ARIA is intended to focus on high-risk research that is not being funded by current innovation bodies, why should it sit next to them?

Currently, there is a clear stretch of water between civilian research and defence research. Given the Ministry of Defence’s experience and skill in fostering innovation, it seems odd that the defence side of innovation is overlooked in the current ARIA plans. It is unclear why there is such a gulf between civilian and military research. Whatever the reason, this divergence is concerning — a lack of strong links between the two means fewer opportunities for cross-pollination. Given ARIA’s explicit mandate to be cross-disciplinary in its outlook, leaving defence out in the cold is a mistake.

ARIA’s establishment requires primary legislation, and there will doubtless be further debates to come as the bill progresses. The agency will not be as well-funded as its American counterpart, even when adjusting for national size, and may thus become overstretched if it tries to do too much. However, discussions on the intricacies of ARIA’s operation risk overshadowing the more fundamental questions about its establishment. ARPA cannot simply be transplanted from an American Cold War context into today’s United Kingdom, and a focus on form over function without a clear customer for its products will not lead to optimal outcomes.

A version of this post appeared on War on the Rocks as aria to progress? The British advanced research and invention agency should learn more from defense

Emma Salisbury is working on her Ph.D. at Birkbeck College, University of London. Her research focuses on defence research and development in the United States and the military-industrial complex. She is also a senior staffer at the U.K. Parliament. The views expressed here are solely her own. You can find her on Twitter @salisbot. 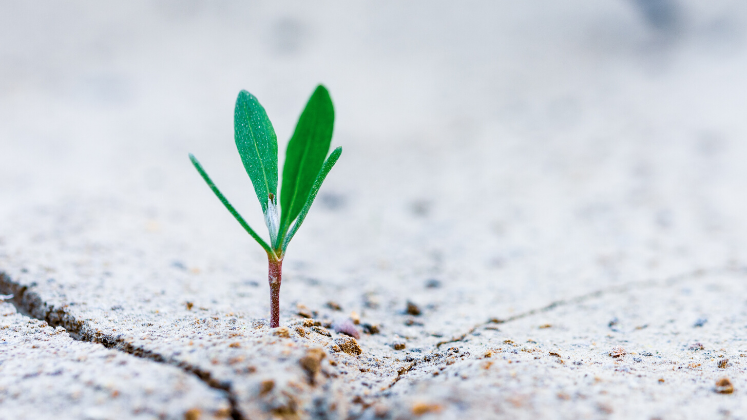