JSRP – The Brutal Logic of the Political Marketplace

JSRP – The Brutal Logic of the Political Marketplace

In the first of a series of commentaries on the JSRP’s emerging ideas, Tom Kirk reports on Alex de Waal’s recent book launch and explores the use of grand political ordering frameworks for interpreting conflict affected regions. 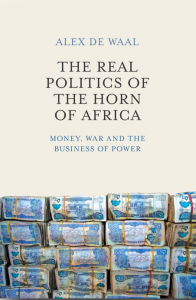 Over the last four years I have been fortunate to work with the JSRP on an ad-hoc basis. At the heart of these engagements has been a lively, and at times tense, discussion about exactly what it is that an inter-disciplinary group of econometricians, anthropologists, activists and academically-orientated development practitioners can add to understandings of governance in regions where the state appears to be absent or weak, and ongoing conflicts frustratingly intractable. In partial answer to this, the consortium has gradually coalesced around an agreement that ground level, vernacular, perspectives of the everyday provision of security and justice can tell us much about ‘real’ or everyday governance, and the creation of public authority in such places. The next, and perhaps harder task, is to move beyond these, albeit fascinating, localised descriptions to say something generalizable for an audience of policymakers.

Thus it was with great interest that I sat down to listen to JSRP Research Director, Alex de Waal, launch his new book ‘The Real Politics of the Horn of Africa: Money, War and the Business of Power’. Indeed, although I am not an Africanist, the promised discussion of Alex’s idea of the political marketplace ensured that anyone with an interest in supposedly ‘fragile states’ or comparative politics should take note. Although I have not yet had the opportunity to read the book, in what follows I try to summarise Alex’s talk, and why the framework he presents fits into, and encourages, honest ways of talking about politics in such places.

Whilst Alex has been developing his idea of political marketplaces (see here, here and here) for some time, he chose to begin his talk with visualisations of changing patronage networks in the Horn. What was immediately clear is that the nature of patronage has changed since the 1970s from a few spatially bounded networks to a plethora of more diverse, overlapping and border-straddling networks (see slides from Alex’s talk). At the same time, Alex pointed out that, since independence analysts have been largely unable to talk of civil wars in the region. Instead it is characterised by low-intensity conflicts that spill from one sovereign state to another and back again.

In the words of one of Alex’s informants, holding onto power and securing a measure of stability in the Horn requires ‘having the political budget needed for the political market’. Put another way, the ability of leaders to avoid destabilising levels of violence and to remain in power, is a function of their ability to buy off rivals and incorporate them into rent-seeking elite coalitions. Whereas in the 1970s the Horn’s leaders could purchase loyalty through symbolic gestures such as medals, titles or positions or land grants, the monetisation of patronage has meant that leaders increasingly require large cash budgets in order to be successful patrons or, failing this, the ability to grant local elites licenses to extract resources or taxes in remote, often border, provinces. However, the contemporary ease with which both money and goods can move within countries and across borders has meant that patronage networks have become more pervasive, more competitive and less likely to be bounded by political imaginations.

It is for this reason that Alex argues we must not see political marketplaces as relics, or as difficult to remove traditions from the region’s distant past. Rather they are well orchestrated, often globally connected, modern political ordering systems, with a logic that analysts and policymakers would do well to heed. Indeed this is where Alex’s ideas dovetail with those of other JSRP members. For example, Mary Kaldor’s exploration of war economies within which aid is diverted to provincial elites, whilst those same elites continue low-level localised conflicts or criminal enterprises that justify that aid, is explicable as an attempt by a leader to placate potential provincial rivals with foreign resources. Similarly it also sheds light on the importance of state-like tax regimes that Kasper Hoffmann and Koen Vlassenroot identify as bound up with the provision of security and justice in parts of the DRC. In this sense, a framework such as Alex’s can help analysts and practitioners to theorise the wider drivers of observed governance processes and conflict in difficult places.

However for the framework to become a theory amenable to further scrutiny, it arguably requires some measure of predictive power. Other frameworks, such as North, Wallis and Weingast’s extensive depiction of ‘political settlements’, have attempted to uncover the conditions for patronage-based political arrangements to become developmental. They focus on (i) the establishment of rule of law among elites; (ii) the adoption of perpetually existing organizations; and (iii) the political control of the military (with others testing this hypothesis). However, at least in his lecture, Alex was much more ambiguous about what it takes for such systems to incubate developmental outcomes. Instead he talked of leaders’ abilities to navigate the turmoil and unpredictability of the Horn’s politics, all the while incentivising provincial elites to keep violence to a minimum. 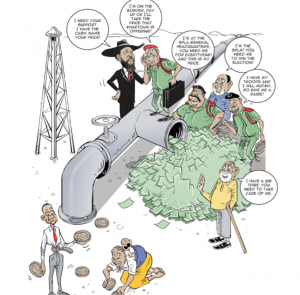 Nonetheless Alex’s framework provides a useful rationale as to why the money that foreign interventions or new exportable resources bring often disrupts carefully negotiated political marketplaces, with elites using violence to renegotiate their share of rents (click the cartoon on South Sudan for a great example). This stark warning goes some way towards helping outsiders understand why their best intentions may have the opposite effect in places such as the Horn. It also suggests that those wishing to engage political marketplaces should seek partners with fine-grained local knowledge of the networks, alliances and rents that give them some modicum of stability.

In sum, the political marketplace’s solid, intuitive and simple core message should be accepted by, and prove useful to, policymakers. Indeed I suspect the materialist central tenant – ‘follow the money’ – would have many a non-expert nodding in agreement and ring true among the Horn’s ordinary citizens, not just the elites that Alex has spent decades analysing. It also does not fall foul of any tests of normativity or culturalism, and provides a solid pointer to those confused as to where to start. Yet, perhaps most importantly, it gives policymakers a way to think about how global processes and interventions are linked to the messy politics and frustratingly intractable conflicts they find in such places.

This post was originally written for the Justice and Security Research Programme blog, read it here. 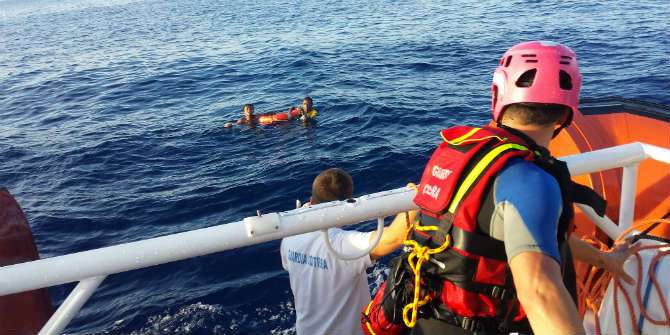 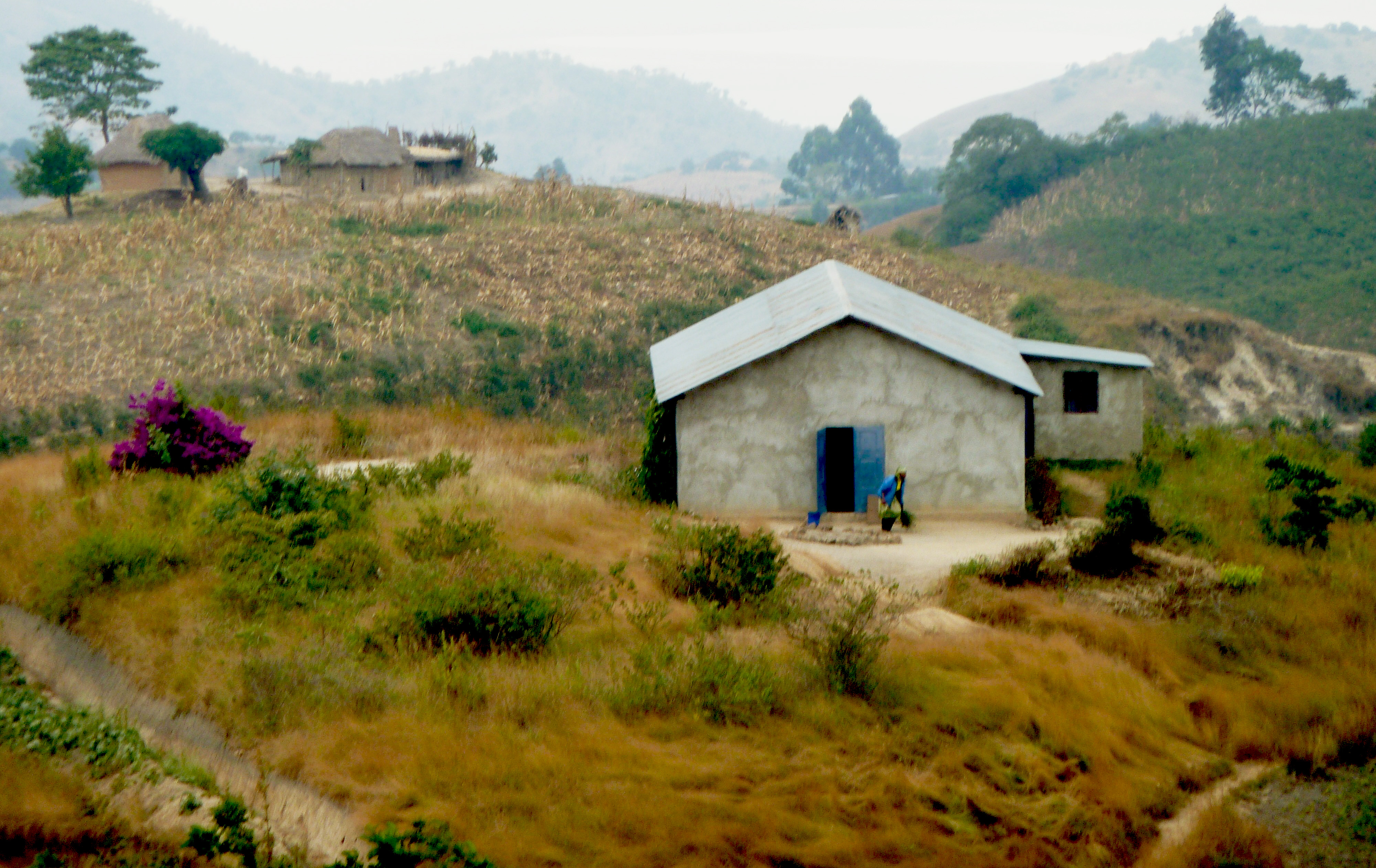 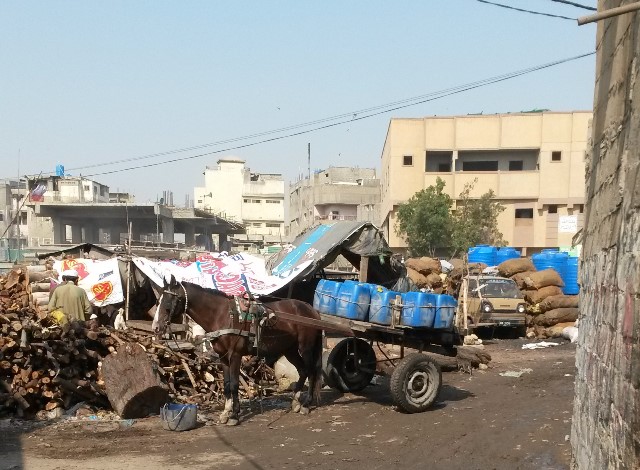