The 1990s Washington Consensus and structural adjustment recommendations have been widely criticized in the International Development sphere for several reasons. The literature has indicated that the social and political context in which these neo-liberal economic policies were implemented did not lead to effective public service delivery, one of the principal tenets used by IFIs to justify structural adjustment policies in the developing world. After the political and social ramifications of austerity measures materialized in the early 2000s, notably in Latin America, the era of blanket recommendations from development agencies seemed to have ended. Instead, academics have pushed IFIs to support context-specific policies that engage all three sectors in development economies: the public, private and civic sectors.

Nonetheless, due to tight budget constraints and—let’s face it—politics, many developing countries still implement economic policies that mirror the Washington Consensus and its structural adjustment recommendations, especially the privatization of previously public utilities and enterprises. This sale, or concession, of public utilities to private companies, is a widespread practice all across the world; however, scholars pay special attention to this economic policy in developing nations. Privatization, thus, often takes the name of ‘clientelism’ in the development literature, as the bids for concessions do not always favour the most economically competitive firms, but rather those that can provide the governing political party with most campaign funds and votes for the next election. Indeed, it is questionable to assume this only occurs in developing countries, but that is another debate altogether.

In an attempt to deviate from theoretical debates about the Washington Consensus, and from blanket statements about whether neo-liberalism is good for development, my paper seeks to evaluate privatization against the objective that IFIs cited as rationale for their recommendations: effective public service delivery. The paper focuses on the water sector, an industry particularly inclined to monopolies, and whose success in providing access to water has an invaluable impact on society’s well-being and overall development.

The data used for the paper’s quantitative analysis, taken from the World Bank’s ‘Private Participation in Infrastructure’ database, is rich in variation across time and countries. Indeed, the final dataset includes information on privatization for 62 countries, spanning 25 years. Although the paper includes a series of control variables, and utilizes Instrumental Variables methodology to correct for endogeneity, it would still be erroneous and hasty to derive any causal inference from a study with such high levels of variation, especially across countries. Therefore, this paper seeks to find the trends in access to water associated with marginal changes in private ownership of water utilities. In other words, it seeks to ascertain whether public or private ownership matters for service delivery in a highly monopolistic industry, and in political contexts with largely no price regulation.

Though the paper tries to tie the results back to the theory and establish policy recommendations, as readers will find out, the numbers speak for themselves. Indeed, private capital has filled the gap caused by developing countries’ budget constraints. However, the improvement on access to water from privatization of utilities has been quite small, and could be increased with more effective regulatory policies that incentivize an expansion of service delivery to under-served households.

This is the link for the published article in the Annals for Public and Cooperative Economics, currently under open access. Any comments and feedback are much appreciated! Please email S.Cesar@lse.ac.uk.

Sylvia Cesar is an MSc Development Management 2018 candidate from Nicaragua. She is currently working for the International Initiative for Impact Evaluation (3ie) in Washington, DC. 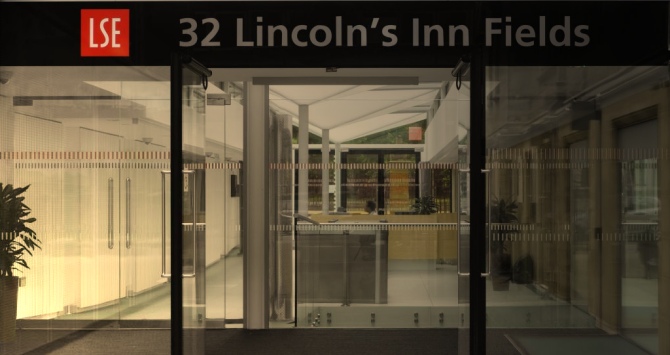