Eloïse O’Carroll and Hyeonju Kwon, both MSc Environment and Development candidates, joined the week long climate change protests over Easter in London. They tell us about the cause and their experience with Extinction Rebellion.

If you were in London over Easter, you probably encountered the activist group Extinction Rebellion (XR). Honj Kwon and Eloise O’Carroll, master’s students in Environment and Development at LSE, certainly did. We regularly took part in the protests, with Honj even attending a nonviolent training session which placed her in an ‘affinity group’ based on her commitment abilities, (un)willingness to get arrested, and location within London to facilitate more coordinated actions.

XR, a non-violent direct action group based in the UK, formed in October 2018 and has since expanded throughout the world. In November, XR activists engaged in their first action of mass civil disobedience by blocking five of central London’s main bridges, and have not stopped since. XR, like many other environmental movements promoting fairness and equality, follows a participatory democracy model and, through a decentralised framework, discourages against any power hierarchies and formation of leadership figures.

On 15th April, XR declared an “international non-violent rebellion against the world’s governments for criminal inaction on the ecological crisis”. Its three demands are: (1) for the UK government to tell the truth about the ecological crisis, (2) zero emissions by 2025 and (3) creation of a Citizens’ Assembly to come up with a plan as to how to deal with climate change. Considering the IPCC has warned us that we have 11 years to limit global warming to 1.5 degrees to limit climate change catastrophe, there is no other time to act but now. And yet, “the politicians have failed us”, claims XR. Note the irony of the campaign taking place in the warmest Easter weekend on record.

The colourfully-dressed protesters camped out on Waterloo Bridge, Marble Arch, Parliament Square and Oxford Circus, holding the forts for nine days. On the last day of their campaign, activists glued themselves to the London Stock Exchange in one final act of defiance against the devastating impacts of the finance industry on the planet.

Over 1,000 people were arrested in London and elsewhere in the UK for ‘rebelling’ through disruptive activity. By causing economic disruption in the heart of the country, XR wanted to “shake the current political system”. The road blockages certainly angered more than one, but from what we saw, passerbys’ reactions were mostly positive, with most onlookers expressing curiosity rather than disdain.

Our take on the protests

It was exhilarating to somehow be part of a social movement. For one, the sheer amount of people who protested made it comforting to know we are not alone in this fight. Everyone, from the police to the protesters, was taken aback by the number of participants and the duration of the disruption. We felt like there really was a strong sense of community, especially at Waterloo “Garden” Bridge, where a skate camp and shared (performance) spaces were created. This has much to do with XR’s notion of a “regenerative culture” which helps prevent burn-out of the movement by fostering meaningful relationships and positive psychology to build resilience within the movement.

Activists feel like they belong to something and to a larger cause. However when Honj spoke to some activists they seemed not to fully understand the principles of the movement, e.g. the “regenerative culture” aspect, and when asked what they wanted they just reiterated the demands of the movement that are easily found on social media. “I know what the three points are but I’m not sure about the regenerative culture”, said one activist.

Others, such as those handing out flyers, were more helpful in clarifying the aims and principles of the movement, and were able to explain that although the group does have three clear demands, the level to which individual beliefs subscribe to these demands and even notions of “nonviolence” varies across the board. Based on Honj’s short interviews and personal interactions, it appears that some activists adhere to a vegan and zero-plastic lifestyle, for instance, while others simply care about the environment and wish to use activism as a means of contributing to positive change. Others were unsure about their commitment to the movement: “I’m on the fringes of being involved and just want to see what it’s all about. I’m trying to find out how to be more actively involved apart from just being in the demonstrations.”

Critics were quick to point fingers at middle class “eco-warriors” hippies who still use plastic. Because living naked in the woods is not feasible – ecological collapse is the individual’s fault? (and in fact, many of the activists we spoke to seemed to reject a “hippie-ish”/counterculture mindset). Some critics blame the advent of neoliberalism for the “internal self-blame” and climate guilt  & anxiety internalised by many, when in fact, 100 companies produce 71% of GHG contributing to climate change since 1988. Others blame it on the role of the complacent media, or politically motivated newspapers that spread misinformation on government policies (for example, The Sun, which has the largest newspaper circulation, stated that XR “hypocrites brought chaos to London because even our world-leading emissions reductions aren’t enough for them”). In fact, Greta Thunberg accused the government of miscalculating emissions reductions. Clearly, emissions reductions at their current stage are insufficient, and XR activists blatantly work to avoid “blaming and shaming” of individuals rather than the system in its entirety.

What about the group’s success?

As for most social movements, it can be difficult to tell. XR has been compared to the Occupy movement for its civil disobedience, yet Occupy protested inequality and didn’t have any specific demands. XR has also stated that it has drawn inspiration from the Black Civil Rights movement and the Suffragettes Movement, which had great success in restructuring society. We are positive that XR, too, will continue to have a remarkable impact on politics and society.

A normative change is already occurring. Two-thirds of people in the UK agree there is a climate emergency, and most importantly, 76% say they would vote differently to protect the planet, found a recent Greenpeace poll. Greenpeace has even taken XR’s request further and devised a climate emergency plan to present to MPs, listing more than 100 key actions the government should follow to ensure the UK reaches zero emissions in due course. As for the creation of a citizens’ assembly, the Mayor of London said he would explore that option.

Further, Labour, the Scottish National Party and the Welsh assembly have declared a climate emergency. XR activists have also met with MPs and leaders of opposition groups. Representatives met with  Environment Secretary Michael Gove, who pledged to reduce carbon emissions to net zero (although regrettably, he forgot to mention by when). Civil disobedience has never before manage to reach so many, including cabinet members. MPs also unanimously voted on declaring a ‘climate emergency’ and the Committee on Climate Change has advised for the government to immediately set a legally binding target to cut GHG to zero by 2050.

Arguably, zero emissions by 2050 is not enough. Yet, reaching zero emissions by 2025 would require immediate and drastic change. Gas heating, petrol and diesel, cows and planes would have to be a thing of the past. But as the ongoing “Gilets Jaunes” protest show, ensuring a just transition while decarbonising the economy will be challenging. However, as Bob Ward from the LSE points out, a zero-emissions economy “will ensure prosperity and wellbeing for current and future generations”.

The urgency of now

Extinction Rebellion has shown to us that we’re approaching a tipping point. As the protests were going on in April, David Attenborough released his harrowing documentary, “Climate Change: The Facts” and Mark Carney, the Governor of the Bank of England, warned of climatic threats on the financial system. The group’s momentum was accelerated thanks to the ongoing school climate strikes and Greta Thunberg’s recent visit to the UK, where she also met Michael Gove.

The facts and science on climate change are irrefutable. This is an emergency – governments should listen and take action.

Eloïse O’Carroll is an MSc Environment and Development candidate and is an Economics graduate from McGill University. She has a keen interest in sustainable development, and particularly in the role of the private sector in advancing environmental and social goals.

Hyeonju Kwon is an MSc Environment and Development candidate and Boston University Economics and International Relations graduate. She has a strong interest in environmental issues such as biodiversity conservation, but also enjoys English literature, drawing, and yoga in her free time. 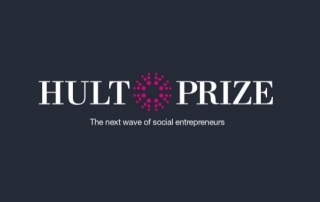 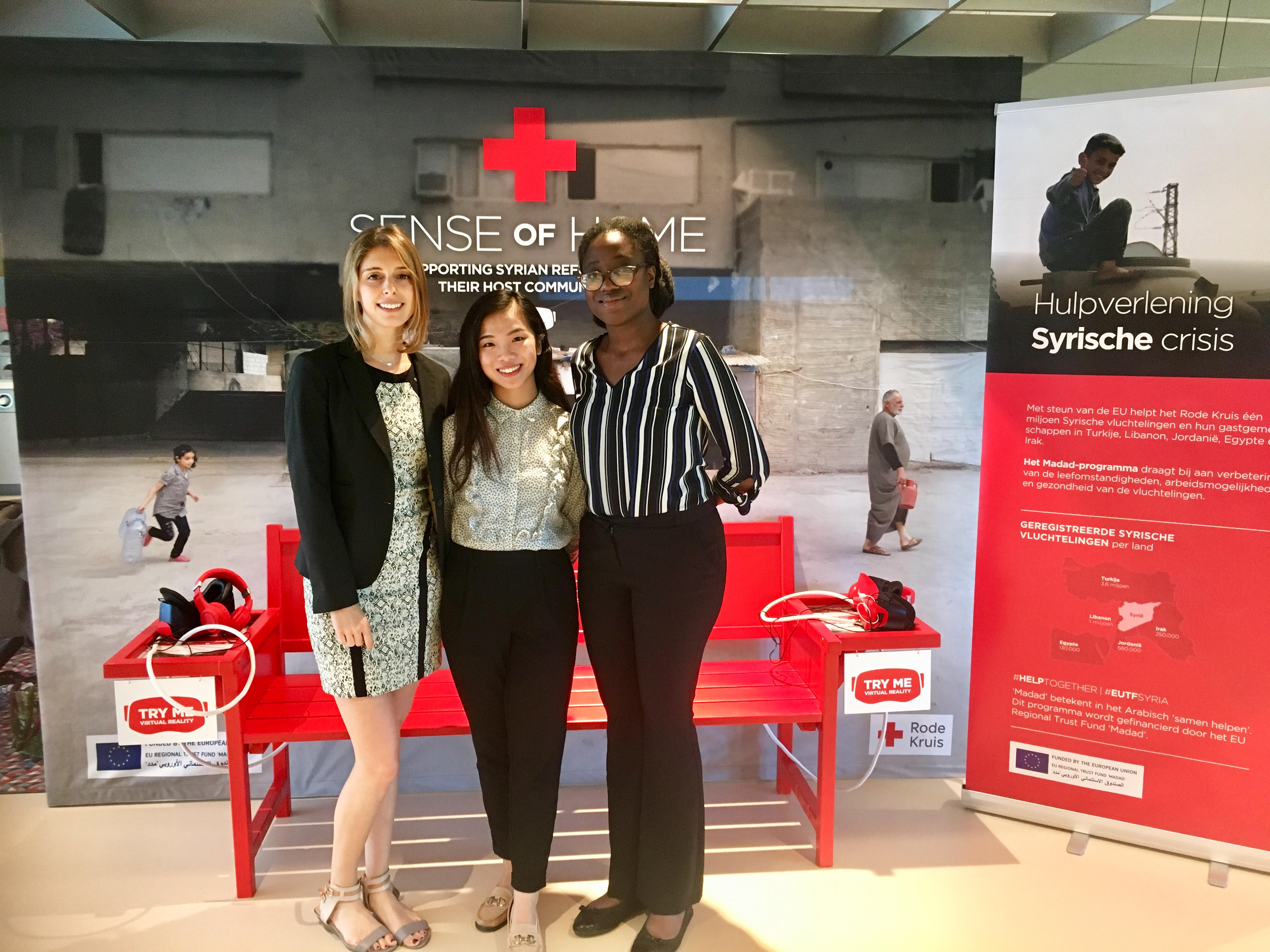 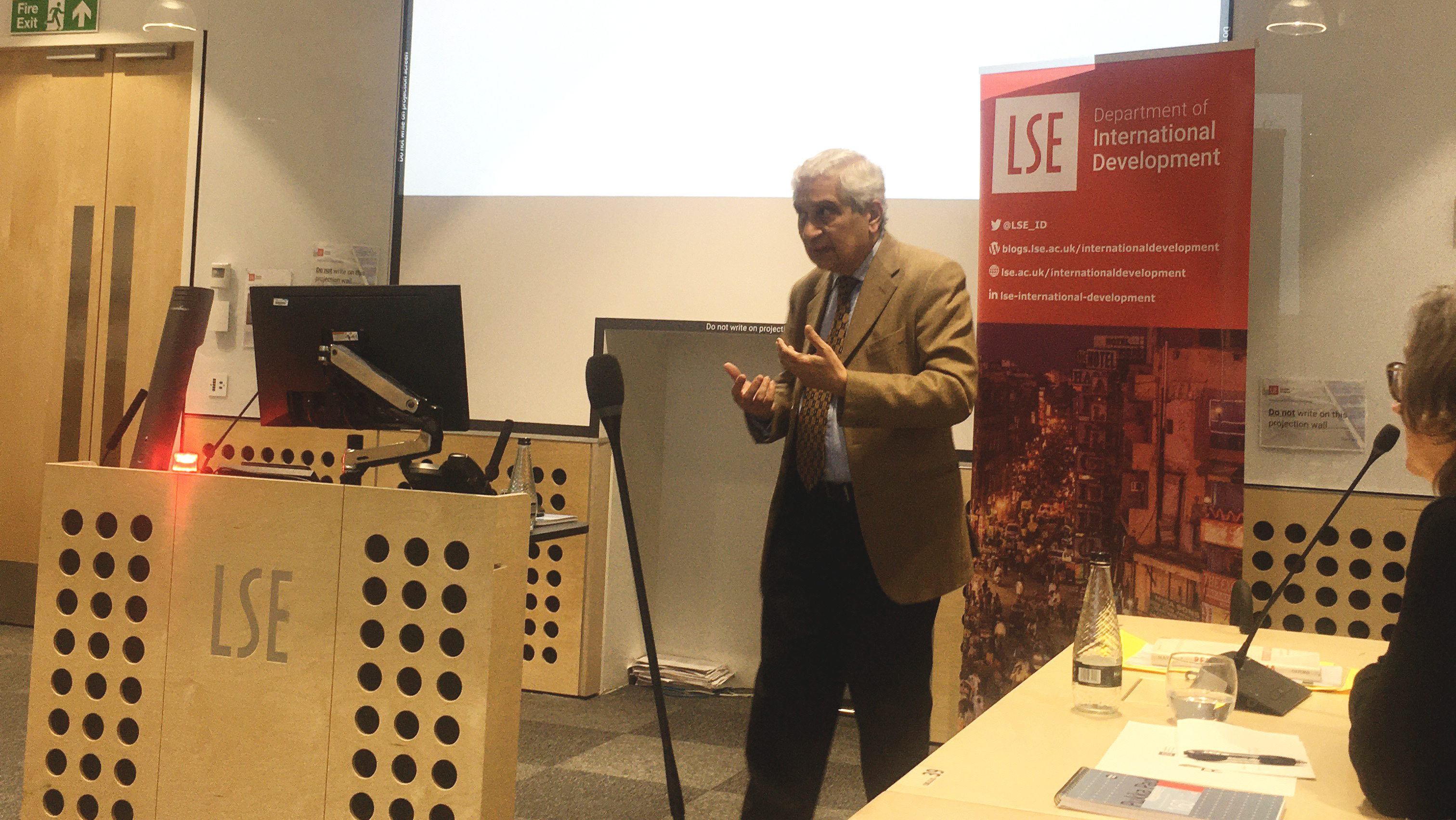