How do 40 supersmart young Global Activists want to change the world?

How do 40 supersmart young Global Activists want to change the world?

Professor in Practice and Senior Strategic Adviser at Oxfam GB, Duncan Green, summarises the strengths and areas for improvement from his 2019 Advocacy, Campaigning and Grassroots Activism cohort.

I’ve spent the last three weeks buried in marking. For most academics, this is the time of the year they complain about most – marking at Masters level is an exhausting affair requiring sustained concentration to spot what is missing, as well as critique what is there – deep brain fade is unavoidable.

But what kept me going was that the course I teach at the LSE with Tom Kirk, Advocacy, Campaigning and Grassroots Activism, attracts amazing students– many of them already with loads of experience in countries all over the world. So I learn a lot, including what their generation (in their 20s, mostly) care and know about.

For their individual assignments, the students have to design a campaign that they would like to run, and write a 2,000 word strategy – they are marked on their context and power analysis, stakeholder mapping, a good range of tactics and understanding the messiness and unpredictability of advocacy and campaigns. Here are this year’s preferred topics, with the most popular at the top: 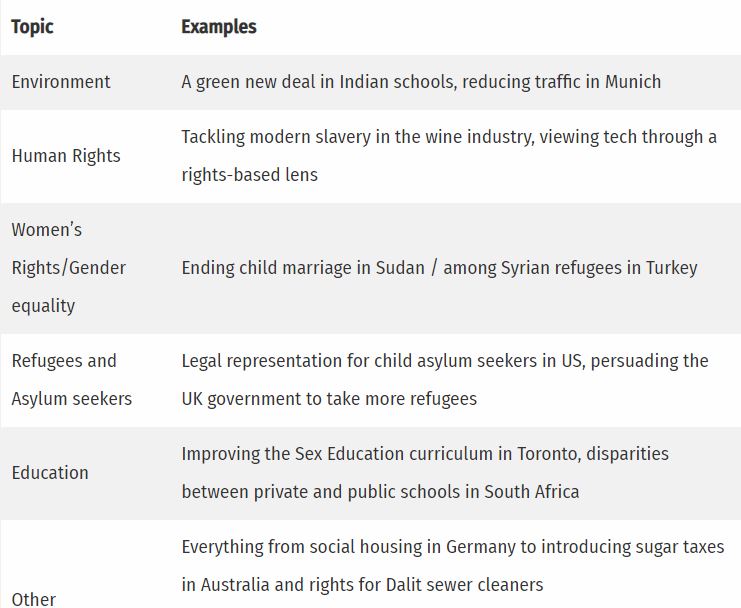 The course got great student evaluations, but marking their essays was an altogether tougher, and more objective judge – you see what the students have either brought with them, or learned in class, and what is still unclear.

Strengths: A great ability to describe and analyse the context for change – what is changing in the country, often over great spans of time, and how that influences the current possibilities for a campaign. And great mapping of the different stakeholders, including many that often go missing from orthodox NGO campaigns – the analysis of the different currents within Islam and how they help/hinder change in areas like child marriage, for example.

They were also generally brilliant on the importance of changing norms, though not so good on what to do about them. The students really get that changing attitudes, whether of the public or decision making elites, can be a crucial part of campaigning on human rights, environment etc, but I need to do more to bring out the nature of norm campaigning, drawing on the work of Kwame Appiah, Cristina Bicchieri and others.

A preference for combining insider and outsider campaigns. Most of the proposals brought together the standard repertoire of outsider protest, with the ‘dark arts’ of insider lobbying. Although there was a surprising reluctance to do this through the private sector.

We were also impressed with how well the students grasped the idea of political timelines and critical junctures. Perhaps it is a symptom of growing up in turbulent times, with unexpected events often rapidly overturning the status quo in many previously calm countries. More encouraging, maybe future generations of activists will be more adept at seizing opportunities than their forebears.

To complement their campaigns, many students chose to make vlogs rather than write blogs. Indeed, there was a natural ease with talking to camera that keeps many an older activist up at night and, for some, clear technical skills that we had thought were the purview of specialists.

Areas for Improvement: Most of these are down to me – I clearly didn’t get them across well enough in class, and will definitely try and remedy this next year. They include:

Where are the civil servants? The strategies target politicians, political parties, the media, CSOs. But almost always ignore the crucial role of civil servants in many decisions, especially those involving government policy or spending.

Who makes the decisions? Often this was left vague – ‘the government must do X’, whereas if you can narrow it down to a particular committee or individual, then you can come up with a much more targeted influencing strategy.

How much will it cost? The first question of most politicians, civil servants and quite a few journalists, but it often went unaddressed. This is a difficult one because students cannot be expected to do full costings for their hypothetical ‘asks’. Nonetheless, more appreciation is needed of how the wheels of power often require considerable greasing.

It seems that frameworks to understand Power are often confusing and not always helpful. I teach a few standard ways to ‘unpack’ different kinds of power – Jo Rowlands’ framework of power within/with/to/over; Foucault/Lukes on Visible, Hidden and Invisible power; the Power Cube and Rao and Kelleher’s 2×2 on formal v informal power. There were some areas of basic confusion (eg over the distinction between hidden and invisible power, which tripped me up for years – hidden = behind the scenes influencing; invisible = what’s inside people’s heads). But there’s something deeper going on – the frameworks help understanding, but that don’t translate easily into strategy, even if you choose the ‘right’ framework for your particular campaign.

Tom Kirk, who runs the course with me, came up with a helpful explanation on this: ‘Frameworks are tools that should guide thinking. Instead, they often try to use them like theories and test them, or they throw them all at one issue hoping something will stick. I know because I did this for years.’

All in all a great year, and once the marks are in, I’ll put the best of their blogs and vlogs up here to prove it!

Dr Duncan Green (@fp2p) is Senior Strategic Adviser at Oxfam GB and Professor in Practice in International Development at the LSE where he teaches Advocacy, Campaigning and Grassroots Activism. His daily development blog can be found on www.oxfamblogs.org/fp2p/.

This article was first published on the From Poverty to Power. 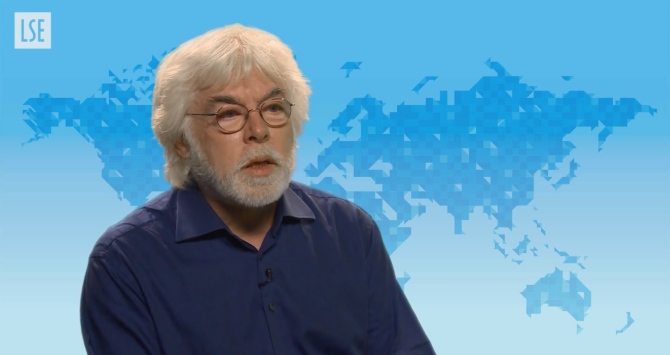 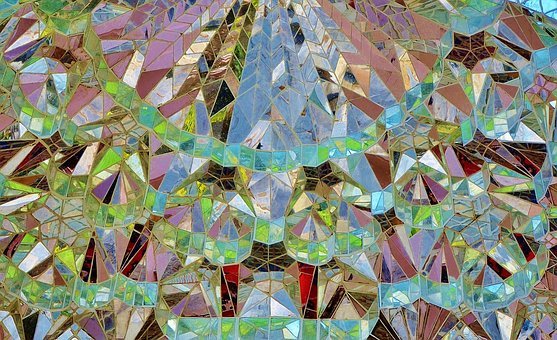 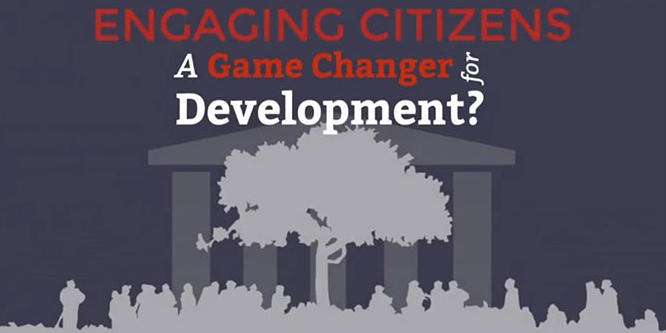