In response to recent xenophobic attacks following the COVID-19 outbreak, MSc Health and International Development student, Wenzhe Cui, explains why stigmatisation of infected people and potentially infected people is counter-productive to limiting the spread of the virus.

The global spread of the coronavirus has alarmed the international community. Just like other infectious diseases in history, the novel coronavirus is associated with stigmatization. The fear towards coronavirus has led to the stigmatization of people infected with the virus and potentially infected groups from the epidemic focus, also has led to the xenophobic tendency towards Chinese groups around the world. However, the current results also make the international community and China’s domestic society realize the importance of de-stigmatization. Stigmatization leads to prejudice, discrimination, and social exclusion against coronavirus-relative groups through labelling, stereotyping, and separation, which is not conducive to limiting the spread of coronavirus, but also profoundly hurts many innocent people.

Wuhan, the epicenter of the coronavirus outbreak, is the capital of Hubei Province and a metropolis with a population of more than 10 million. Because of its unique traffic status, this city is also known as the “crossroads” of China. The Chinese New Year and the accompanying large-scale population mobilization “Chun Yun (春运)” have scattered the population of the city around the world. After the outbreak and public panic, these people from Wuhan are falling into an awkward situation. The population from Wuhan is strictly registered and monitored, their information is also publicized on the bulletin board of the residential area, and vehicles with Hubei Provincial license plate are restricted from entering the residential area. Migrant workers and students returning from Wuhan feel that they were treated differently, even though they are not be infected with the coronavirus.

This kind of social stigmatization leads to social exclusion, which is not conducive to epidemic prevention because the social stigmatization may cause the infected to conceal their true situation. As a case happened in Fujian Province, an infected person, who worked and lived in Wuhan before returning home for the Chinese New Year, lied about his return from the Philippines for fear of rejection from his family and community. After he attended the Spring Festival celebration party in his village, the coronavirus was transmitted to the surrounding population. And this is not the only case; in fact, the spread of the fear and stigmatization have affected many innocent people. A recent case happened in a hospital in Shanghai, a patient deliberately conceals his epidemiological history from doctors. Eventually, the patient is tested positive for coronavirus, and the hospital’s medical staff are also infected. The fear of social exclusion shames the victims of coronavirus to report their situation.

The stigmatization of novel-coronavirus has led to an upsurge in xenophobia against Asian group. In the early days of the outbreak, “China Pneumonia” or “Wuhan Virus” was often the media’s pronoun for the outbreak, pictures with obvious Chinese elements appeared on the headlines of The Economist, which allowed racists and xenophobic agents to find the opportunity to vent their emotions. After China novel coronavirus outbreak, a Chinese female student in Sheffield was abused and attacked by local teenagers. In the world, the exclusion of Chinese and Asian groups makes Asian groups who live, work and study abroad panic, wearing masks should not be the reason they are being treated with hostility

To find an accurate, neutral and unbiased nomenclature for viruses is WHO’s effort on anti- stigmatization. “Having a name matters to prevent the use of other names that can be inaccurate or stigmatizing,” said Director-General of the WHO, Tedros Adhanom Ghebreyesus. On February 11, the coronavirus was officially named “COVID-19”. It is the main principle of WHO and ICTV to avoid the stigmatization effect of virus naming on some specific groups, animals and regions, although we did not do well enough in the previous MERS naming. In 56th Munich Security Conference, Dr Tedros once again called for an end to stigma and hate “It’s easy to blame, it’s easy to politicize, it’s harder to tackle a problem together and find solutions together,” he added. “We will all learn lessons from this outbreak, but now is not the time for reclamations or politicization.”

An extensive anti-stigmatization campaign is urgently needed. For the international community, exclusivism only fuels unnecessary fear and mistrust. In Florence, a Chinese youth launched #AbbracciaUnCinese activity on the street to encourage local citizens to embrace Chinese nearby, to express their opposition to xenophobia. And this activity gets support from the mayor of Florence. For the China society, the epidemic tests not only the response ability of China public health institutions, but also the morality, conscience, ration and solidarity of all Chinese people. The protection of oneself is not based on the social exclusion of others, especially in the confusion of mixed true and fake information. And it is imperative to keep reason and deal with problems through scientific means.

The coronavirus has given Chinese people a traumatic new year, and it is hard to estimate the negative impact it will have on China’s economy. In the domestic society of China, we still need to reflect on stigmatization and respect the people from the epidemic area and our medical workers, to deal with the current crisis by means of public health rather than social exclusion.

In the prologue of his work Identity and Violence, Amartya Sen quotes the verse from Matthew Arnold:

“ And we are here as on a darkling plain,

Swept with confused alarms of struggle and flight,

Where ignorant armies clash by night.”

“We can do better than that.” Sen added. 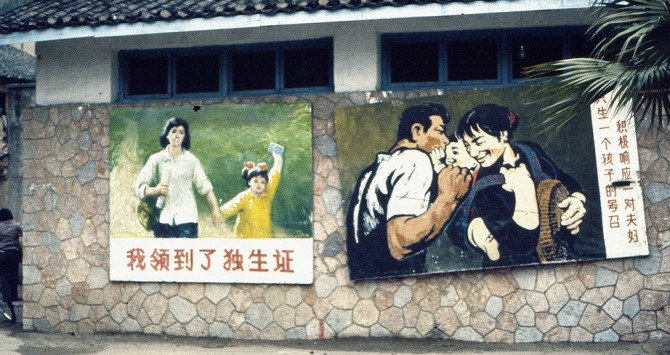