In this blog, Aimée Wolff and Amy Haven reflect on the lessons learnt from the event The Geopolitics of Health in the Middle East. The panellists of the event discussed the role of politics on health and explored how the COVID-19 pandemic puts a further strain on already fragmented regional healthcare systems.

As part of the LSE’s Shaping the Post-COVID World Initiative, Dr. Weeam S Hammoudeh, Dr. Ghassan Abu-Sittah and Dr. Omar Dewachi joined a public lecture, co-hosted by the Global Health Initiative and the Middle East Centre, to discuss the geopolitical roots of today’s healthcare systems in the Middle East. Focusing on Iraq, Palestine, and Lebanon they explored how regional politics in the Middle East continues to have a cumulative impact on health, the capacity of health systems, and on service delivery.

The unravelling of healthcare systems across the Middle East is argued to be an institutionalised process that originated in the postcolonial era. During this time, the political sphere became increasingly intertwined with the medical sphere and healthcare was perceived as a crucial component to the state-building process. Delivery of health services was operationalised by political elites as a legitimising tool to gain popular support through supposed benevolence. Following this logic, the longstanding fragility of health systems in the Middle East is intrinsically linked with the type and quality of governance.

Over the past 30 years, the monetisation of healthcare and the spread of corruption contributed to the gradual collapse of healthcare systems.  In addition to this, foreign military interventions and sanctions retracted significant advancements towards health system strengthening. In Iraq, this translated into transformed service provision: patients’ families and escorts took on new roles within healthcare, providing essential items, medicines, and medical supplies which hospitals were lacking. The supply of healthcare workers, by contrast, became increasingly scarce across the region. The lack of infrastructure to sustain the production of healthcare workers further exacerbated existing brain drain, owing to general insecurity and conflict.

The geopolitical repercussions of these changes assume international dimensions. China, for one, interceded to fill the apparent gap in education by offering postgraduate medical training to doctors from countries like Syria, Iraq and Palestine. At the same time, patients travelled across and beyond the region to seek and access healthcare outside of national boundaries due to increasing mistrust in their own governments and associated healthcare. This lack of trust persists to date as the COVID-19 pandemic reveals the cracks in healthcare systems.

In Palestine, the geopolitical landscape and historical occupation by different powers resulted in a fragmented healthcare system operated by parallel bodies with little coordination and an inevitable dependence on the Israeli healthcare system. Following the Israeli occupation of the West Bank in 1967, health services were administered by the Israeli military’s Health Department of the Civil Administration, while East Jerusalem fell under the responsibility of the Department of Health of Israel after its annexation. Fragmented governance of healthcare systems for decades prevented equal investments and inhibited overall health systems strengthening. Attempting to build a robust healthcare system on these foundations inevitably results in “systemic failures by design”, in the words of Dr. Weeam S Hammoudeh, and a dependence on better-equipped hospitals and health centres in East Jerusalem and Israel. Mobility restrictions through checkpoints and the securitisation of healthcare subsequently had direct effects on morbidity and mortality, as patients not only had to travel further distances to access quality healthcare, but security checkpoints resulted in life-threatening delays and/or prevented access.

The politicisation of health service delivery

War and violence-related ill health are endemic in the Middle East, according to Dr. Ghassan Abu-Sittah. With both physical and socio-environmental health consequences, the legacy of conflict endures throughout the life course. The narrative of war – fear, fragility, uncertainty, and victimisation – and management of its health consequences are determined not by the affected individual, but by the political landscape. Often, those injured in war are initially perceived as “heroes”. The fluidity of conflict and governmental priorities in the Middle East, however, often results in the transition from “hero to zero”. That is, when the narrative of post-war heroics is no longer consistent with the political narrative of state elites, victims of war are subjugated, hated, and their ability to access healthcare is denied.

Mobility restrictions through checkpoints and the securitisation of healthcare subsequently had direct effects on morbidity and mortality, as patients not only had to travel further distances to access quality healthcare, but security checkpoints resulted in life-threatening delays and/or prevented access

As Dr. Omar Dewachi paradoxically states: hospitals are becoming increasingly toxic places irrespective of whether the patient was directly affected by war-related ill health or not. In Lebanon’s capital Beirut, patients initially admitted with COVID-19 were dying from other ailments caused by pathogens which are antibiotic resistant. Accounts of Egyptian hospitals suffering alleged oxygen shortages were refuted by Egyptian authorities and those who documented the ‘oxygen crisis’ were instead questioned by national security forces. In Iraq, the centralised oxygen supply of a newly renovated hospital dedicated to COVID-19 patients was disabled, allowing the informal oxygen market to flourish. In each of these cases, patients seeking care in what is believed to be a safe, secure, and sterile environment were instead exposed to arguably preventable life-threatening risks.

Existing fractionalisation of health systems and gaps in service delivery may reach cataclysmic proportions due to COVID-19 stressors, according to the three panellists. Dr. Ghassan Abu-Sittah pointedly stated that the pandemic is not situated outside of the health system crisis, it is embedded in it. COVID-19 has pushed health systems in the Middle East from the path of fragility to one of failure. COVID-19 has decreased the threshold for system collapse. According to Dr. Omar Dewachi, the infrastructural effects of COVID-19 will haunt the Middle East should political and medical reforms remain siloed and crafted in interest of elites.

Despite the pertinence of COVID-19, a myopic outlook that neglects other forms of preventable morbidity and mortality threatens population health of the Middle East. Hope for a better future in the Middle East is located outside of pre-existing systems, in the opinion of Dr. Weeam S Hammoudeh. While current gaps are being filled by leaderless movements, the need for joint political-medical responses to health crises are dire. The three panellists concluded that the healthcare landscape in the Middle East has not yet reached “rock bottom”. Dr. Weam S Hammoudeh highlights the importance of accountability at the local level, facilitated through grassroots leadership and community organisation. Despite increasing authoritarianism in the region, a sphere for community involvement in the push for and creation of equitable systems has emerged. Restructuring of the pre-existing health systems of Iraq, Palestine and Lebanon requires a community-led fight for justice backed both financially and politically by international stakeholders.

You can watch the Geopolitics of Health in the Middle East webinar again via the LSE YouTube channel.

This article was originally published in Global Health Blog.

Amy is a MSc in Health and International Development student. Prior to studying at the LSE, she worked in Uganda for the NGO Engeye, focusing on health communication campaigns. After returning to the United States in March 2020, she joined Partners in Health to work on COVID-19 relief efforts. Her main interests are the conflict-health nexus, humanitarianism and peace building, with a particular focus on food aid in conflict settings.

Aimée Wolff is a Health and International Development MSc student at LSE and a volunteer at the charity Global Health Film. Her interests include health in fragile and conflict-affected settings as well as the implications of climate change on health and migration. She’s particularly interested in the Asia-Pacific region followed by sub-Saharan Africa. 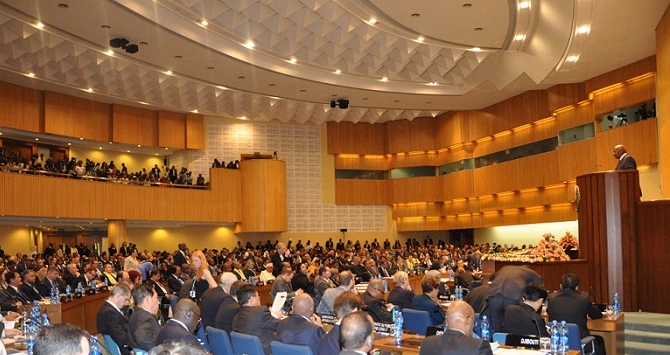