On Friday 11 February, Isabella Weber gave an online lecture on ‘How China Escaped Shock Therapy: The Market Reform Debate’ as part of the Cutting Edge Issues in Development Lecture Series for 2021/22. Isabella Weber is an Assistant Professor of Economics and the Research Leader for China at the Political Economy Research Institute at the University of Massachusetts Amherst. Her first book How China Escaped Shock Therapy: The Market Reform Debate is the winner of the Joan Robinson Prize 2021. The discussant for this lecture, Andrew Fischer, is Professor of Inequality, Social Protection and Development at the Institute of Social Studies in The Hague, part of Erasmus University Rotterdam. Read MSc student Nick Puleo’s reflection on the lecture and the book below.

Humbly titled in comparison to what it accomplishes, Isabella Weber’s How China Escaped Shock Therapy is much more than an account of the early years of China’s economic transformation. In her newest book, Weber identifies the 1980s as a crossroads in the global economy—but also in economic history more broadly.  After the ‘great divergence’ of western Europe and its offspring in the wake of the industrial revolution, the 1980s marked the beginning of the return of various countries to their pre-18th century share of world GDP; nowhere is this economic convergence more rapid and more evident than China over the last four decades.

Weber casts China and Russia’s nearly concurrent experiences of marketization as ideal types: Russia’s externally imposed, ideologically rigid, all-at-once ‘big bang’ liberalization versus China’s internally negotiated, pragmatic, gradualist approach to reform. This was the locus at which China and Russia swapped places in the world system, as well as the moment when the seeds of our current climate of tension were sown. China’s economic convergence with the west without concomitant political convergence—to say nothing of Russia’s disastrous experience in applying neoliberal orthodoxy—has served as a betrayal of triumphalist post-Cold War expectations of modernity. China’s rise seems to have restarted the engines of history, when they were meant to have halted with the ultimate victory of the western economic and institutional model. The inability and unwillingness of the thinking and ruling classes of the west to integrate the aberration of China into their account of the world produces acute tension—though I’m sure Weber would also acknowledge that just as much or more of that tension springs from material loss of power and attendant prestige, the latter being a crucial currency in national mythmaking throughout the west.

Weber’s most piercing insight, however, is in identifying institutional legacies which China’s political leaders were able to draw on throughout the process of reform and opening. Deng Xiaoping’s famous “cross the river by feeling for the stones” phrase—supposedly emblematic of China’s pragmatic embrace of capitalism— was uttered first not in 1980, but back in 1950 by Chen Yun, a leading political figure under Mao. Weber details how one of the first tasks for the new People’s Republic of China (PRC) government, less than a year old in 1950, was to tame hyperinflation brought on by the compounding ravages of the then receding civil war. This was achieved by re-establishing the value of money through recreating trade linkages between the countryside and urban centers. This market-reforming, geographic reintegration tamed inflation, sowed a rent country back together, and, perhaps more than anything else, secured for the communists the governing legitimacy the nationalist government had never been able to muster.

But Weber makes clear that this achievement too had an earlier antecedent: economic treatises (in particular the Guanzi) dating back to 300 BC argued for state involvement in creating markets and moderating prices—sophisticated imperial grain reserve systems bought grain directly after harvest when supply was abundant and prices were cheap, then released it again when supply was drying up and prices increasing. This ‘grain central bank’ was part of a deep well of accumulated institutional knowledge of statecraft and regulation yielded by PRC cadres which has been, previous to Weber’s intervention, systematically underappreciated and devalued. ‘Economic Miracle’ is evocative but also disarming; it presents the East Asian developmental experience as unaccountable, successful beyond what can be explained. And yet by fact of it having occurred, we are compelled to know the causes of things. Perhaps ‘miracle’ has become a smokescreen for the analytical shortcomings of current dominant models, which cannot encompass China and so place it outside, in a separate realm of magic and awe.

This is the tremendous achievement of Weber’s new book: to reject the mystification of China and to choose to apprehend. Weber sites her account of China’s economic rise in Chinese intellectual history, material realities, and actual accounts of the processes and debates which made up the last four decades—all without ever essentializing. She shows how China’s reform politics were fiercely contested while also dispelling myths of inevitability which have come to characterize accounts of China’s rise—a rise which has gone from unthinkable, to being perceived as unbelievable, to unsustainable, to inevitable without ever having been understood. Weber’s work raises the level of what we can, and must, demand from scholarship on China. It becomes only ever clearer with time that the scale of China’s disruption—of economic orthodoxy, of the western dominated post-WWII global order, and most of all, of strongly held assumptions about the nature of modernity—requires a scholarship re-dedicated to nuance and grounded in material reality. With work of the quality of Weber’s, we can begin to come to grips with an unfolding phenomenon with the scale and implications of China’s ‘rise’.

This was the final lecture in the Cutting Edge Issues in Development Thinking and Practice series 2021-22. You can watch back all the lectures in the series on YouTube here or listen to them as podcasts here.

Nick Puleo is an MSc student in Anthropology and Development at the London School of Economics and Political Science. 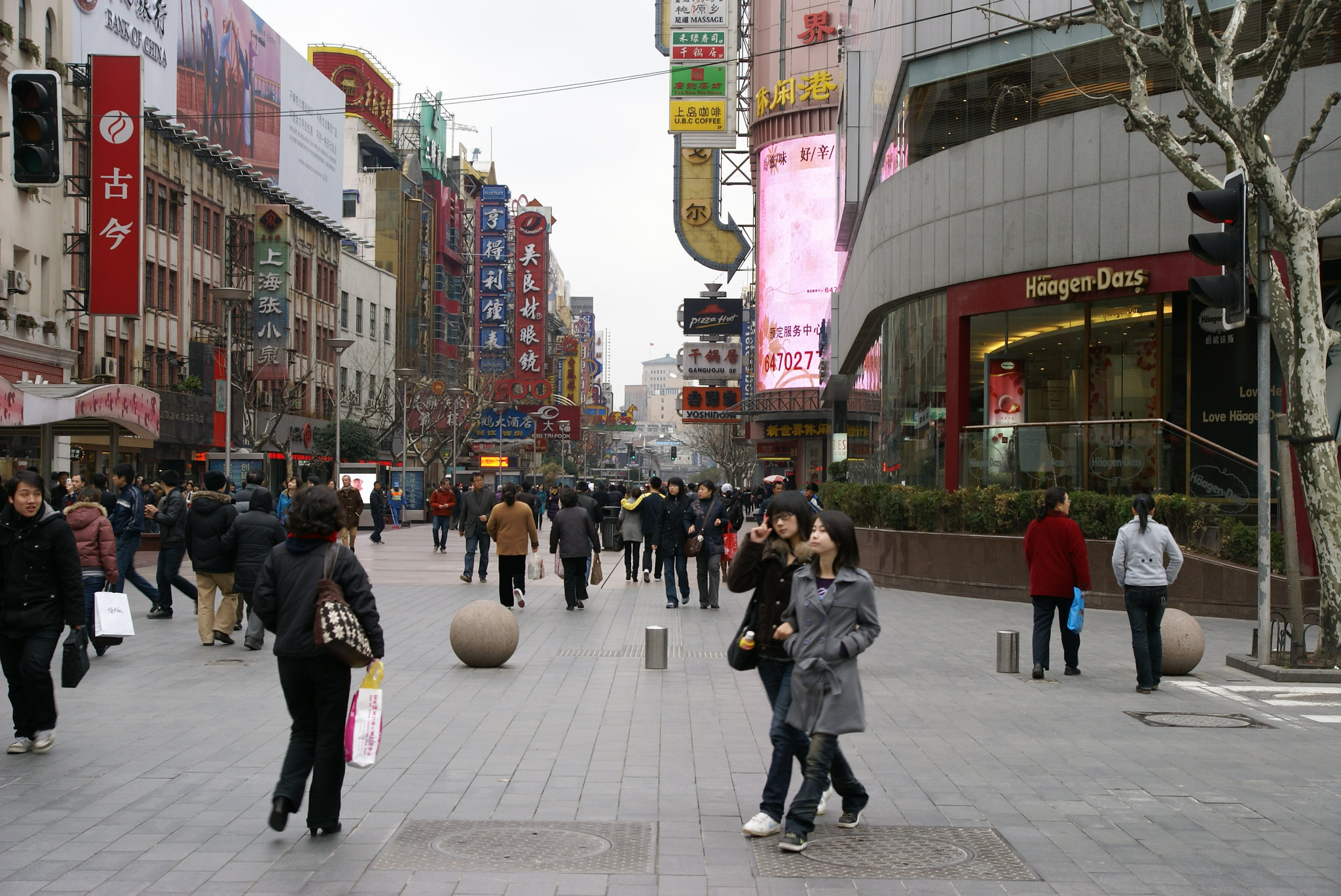 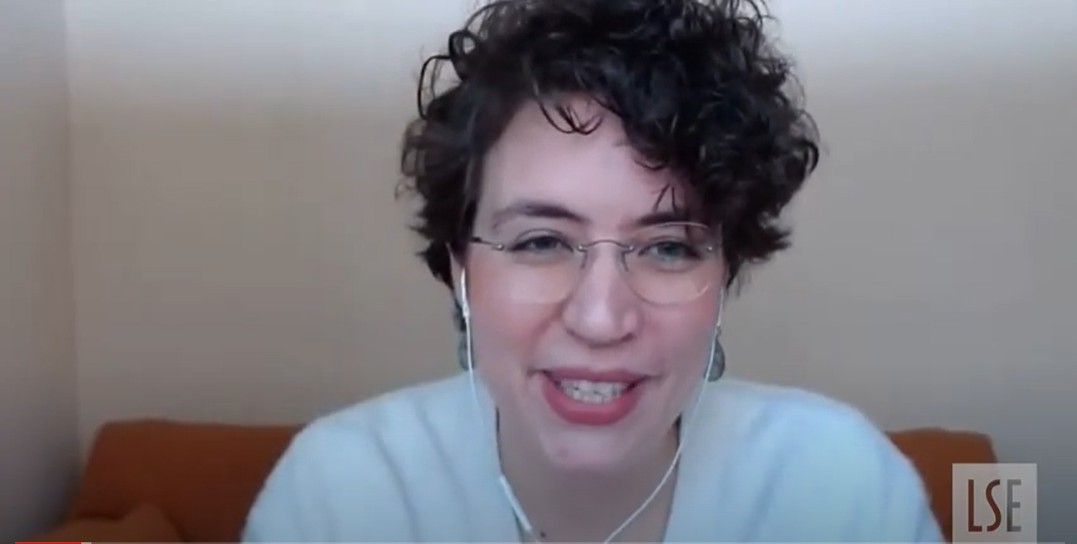