On Friday 21 October, Rafeef Ziadah a lecture in the Cutting-Edge Issues in Development series 2022 on “Working Palestine: COVID-19, labour and de-development in Palestine”. Dr. Rafeef Ziadah is a lecturer in Politics and Public Policy in the Department of International Development, King’s College London. Her research focuses broadly on political economy, gender and race, with a particular focus on the Middle East and East Africa.

Read Chloe Rudnicki, Cheyenne l’Auclair and Khadija Suhail’s reflections on the lecture below. You can also watch the lecture back on YouTube or listen to it as a podcast.

“If someone ever tells you that something is too complicated to understand, make sure you ask them why.”

During Friday’s Cutting-Edge lecture series, poet and political economy researcher Rafeef Ziadah used this golden rule to drive a contextually rich, clear-eyed discussion of how the Covid-19 pandemic deepened the vulnerability of Palestinian workers. After over two years, it is tempting to hold Covid-19 at an intellectual and emotional arms-length. Ziadah urged attendees to put away the past tense and discuss the pandemic as an ongoing crisis. What happens when a pandemic hits a country or territory already embroiled in crisis? Palestine, its economy fragmented and de-developed by decades of Israeli occupation, presents a revealing case study.

The adage, “the eye cannot see what the mind does not know” captures the value of applying a labour-centric perspective to assessments of how Covid-19 impacted, and continues to impact, Palestine. The analytical lens we train onto a crisis determines what is both magnified and missed. Applying a labour-centric lens foregrounds workers, women, and educated youth typically relegated to footnotes in the public discourse on Palestine.

Ziadah outlined what she calls Palestine’s “captive economy,” or one hitched to Israel and dependent on international assistance. The Israeli economy exploits Palestinian workers for cheap unprotected labour. Palestinians often occupy the lowest rungs in the Israeli labour market. For instance, they perform the bulk of construction work that drives the expansion of Israeli cities and towns. Ziadah also noted that most development aid given to Palestine is recycled into the Israeli economy due to Palestinians’ reliance on Israeli goods and services. Moreover, reconstruction and recovery projects prioritise security infrastructure over human services. This creates a positive feedback loop in which Palestinians provide a source of cheap, unprotected labour for Israeli development, without giving workers the necessary income, housing, education or healthcare to find more stable, formally contracted jobs on the micro-level or to attract more opportunity to Palestine on the macro-level.

Covid-19 worsened Palestinian workers’ vulnerability. In 2020, 1 in 8 Palestinian workers were employed in Israeli settlements. They were often vilified as agents of disease. Sanitation workers continued their jobs without contracts, reliable salary, or basic protections. Many hospital and nursery workers stayed overnight in hospitals, exacerbating their exposure to disease, and isolating them from their families. 61% of main income earners in the West Bank and 31% in the Gaza Strip did not receive wages during the spring 2020 lockdown. By examining Covid-19 as an amplifier of pre-existing vulnerabilities, Ziadah placed the ongoing crisis within its longer history. Her emphasis on the restricted choices and conditions for Palestinian workers illuminated the complexity of the crisis while illustrating how we can better understand it, rather than ignore it as “too difficult.”

On a Friday afternoon, Rafeef Ziadah began an illuminating discussion on the uneven impact of the COVID-19 pandemic on Palestinian workers — a crisis compounding crises. She emphasises the importance of understanding the root causes and dynamics of conflict in Palestine and illustrates how we can use labour as a lens to reveal societal power dynamics, broadening our understanding beyond the general. The picture she paints through research on Palestinian labour during the pandemic reveals the impact of structural inequalities laden in protracted conflict and occupation.

The profound effects of COVID-19 on labour conditions and workers hit the world unevenly. The pandemic’s impacts on Palestine are of particular consequence due to its captive, fragmented, and de-developed economy resulting from decades of occupation. It is through centring the lived realities of Palestinian workers that we can develop a full picture of COVID’s impact.

This meant that the Palestinian labour system entered 2020 vulnerable, with a structurally embedded weakened capacity to deal with multiple crises. Measures taken in response to the pandemic had a devastating effect on the conditions of Palestinian labour: unemployment significantly increased; extreme restrictions on movement made access to aid, work, and services non-existent; 61% of main household earners in the West Bank did not receive wages; health and pharmaceutical supplies were heavily restricted by Israel; and the education sector suffered severe impacts on services and training. By understanding the existing conditions of precarious labour and restrictions on imports prior to COVID-19, we can better understand why and how the impacts of COVID-19 were so severe in Palestine.

Despite dire living situations exacerbated by uneven effects of the pandemic, Palestinians continue to advocate and organise for their rights. Labour organisation and unionisation has increased, and there is a push for social movement unionism amongst workers and social change movements in the wake of the pandemic. Ziadah’s work utilising the lens of labour to explore societal power dynamics is revealing and has implications for application beyond Palestine. Her work makes clear that it is imperative to centre lived realities and consider socioeconomic power dynamics in order to enable understanding and illuminate avenues for change.

Rafeef Ziadah brought her mastery of literature to articulate the grave realities of the political economy in Palestine. She addressed how the pandemic worsened Palestine’s labour conditions as it grappled with an ongoing conflict and Israeli occupation.

There have been various discussions about the Israeli-Palestinian conflict – some claiming it to be ancient hatred between the Jews and the Muslims in the area, others claiming that both sides are wrong and should make concessions. In contrast, others argue that the situation is “too complicated.” Rafeef’s ideas were that when the case is pushed aside as too complicated, then that is precisely when we must delve deep to unravel its essence.

Rafeef introduced two significant concepts of de-development and captive economy in the current context. Palestine has unfolded in the context of a captive, fragmented and de-developed economy that has endured decades of Israeli military occupation and settler colonialism.

She discussed the economy of Palestine from a labour-centred perspective. Starting from the local labour perspective changes the story from the idea of ‘two different sides of conflict’ to a society that has ingrained class differentials within its structure. Unemployed workers make up a substantial proportion of the Palestinian labour force, with exceptionally high unemployment among women and youth. Even among the employed workers, a large proportion is employed in precarious jobs or informal employment.

With the signing of the Oslo Accords, the majority of control over the West Bank area was vested with Israel. The map of “peace” thus drafted was autonomy over a small piece of land for the Palestinians. A structure similar to the geographical distribution was found in the economic distribution – with the major sectors remaining in Israeli hands. Thus, there was a minimal redistribution of power, where the entirety of the economy remained essentially captive.

The 1994 Paris Protocol, or the Protocol on Economic Relations between Israel and PLO, resulted in a lopsided fallout, making it impossible for Palestine to develop meaningful trade relations with a third country. Moreover, this protocol gave Israel the final say in what Palestine was allowed to import or export. A stark example of this is Israeli control over pharmaceutical imports – cutting off the Palestinian economy from cheaper imports from other countries. In addition, the Israeli authorities must approve any medication that goes into West Bank.

When COVID-19 hit, Palestinians were already restricted in their movement in the West Bank area. Within the territory, two legal systems exist: one set of regulations which applies to Palestinians and another which applies to Israelis who live in the same area. The situation of a captive economy further meant that the Israeli military could shut down travel between these areas anytime. Such movement restriction ensured that Palestinian labour became a ‘tap’ which could be turned on or off as required.

Thus, there were three significant sectors where Palestinian labour was employed. Firstly, as cheap labour in the Israeli economy and settlements; during the pandemic, they were considered vectors for the pandemic. Secondly, they worked in the public sector, particularly the education or the health sector, which was hit by the fiscal crisis. The health system also suffers from brain drain, while the education sector is marked with underpayment. Thirdly, they worked in the private sector, where many people do not have formal contracts, and a minimum wage is not applied throughout.

However, the aggregate figures hide the significant geographical disparities. The Gaza strip has one of the worst unemployment rates internationally, with considerable unemployment rates in refugee camps. This pushes people to go to dense urban areas in search of employment, creating geographic fragmentation – not just with borders but also society and families. Between 2010 and 2019, female unemployment reached 41.1% of Palestinian women over 15 years of age, the highest in the world. When we look at these statistics and local disparities, it is essential to remember them in the context of the economy itself being strangulated with fewer opportunities for the entire population.

In conclusion, much of the aid that comes to Palestinian authority gets recycled into the Israeli economy because Palestine buys its products from Israel. Furthermore, the Israeli military has destroyed many constructed structures – be it hospitals or water wells. There is little room for manoeuvring and building a self-sufficient economy in a condition of severe control. However, Palestinian labour has been responding by forming trade unions and social movement unionism, with strong linkages to the feminist movement.

The next guest lecture in the Cutting-Edge Issues in Development series will be with Branko Milanovic on Friday 28 October on “Recent trends in global income distribution and their political implications“. Members of the LSE community can attend in person (contact d.patel20@lse.ac.uk for details) and the wider public can register to attend via Zoom.

Chloe Rudnicki is an MSc candidate in International Development and Humanitarian Emergencies. She holds a dual bachelor's degree from Boston University in International Relations and Political Science, magna cum laude. Her chief interests include the creation of political solutions for climate refugees and the examination of civil-military relations within international humanitarian responses. Chloe most recently researched what NGO workers see as the top challenge(s) facing the international humanitarian sector for Harvard Humanitarian Initiative’s National NGO Program on Humanitarian Leadership. Chloe also interned with USAID, where she assessed the role that political, media, and administrative influences played in shaping how the Bureau of Humanitarian Assistance funded emergency responses in South and Central Asia, Latin America, and the Caribbean.

Cheyenne l’Auclair is a Development Studies MSc student at LSE and holds a bachelor’s in Arabic and International Studies. She has previous experience analysing security and humanitarian issues and working in Arabic-English translation. She is interested in studying resource challenges and development interventions during protracted violent conflict, with a focus on the Middle East and Palestinian issues.

Khadija Suhail is a student of MSc International Development and Humanitarian Emergencies at LSE. She has completed her undergraduate degree in BA (Hons) Geography. Her primary area of interest is the nexus between climate change, migrants, and conflict crises. 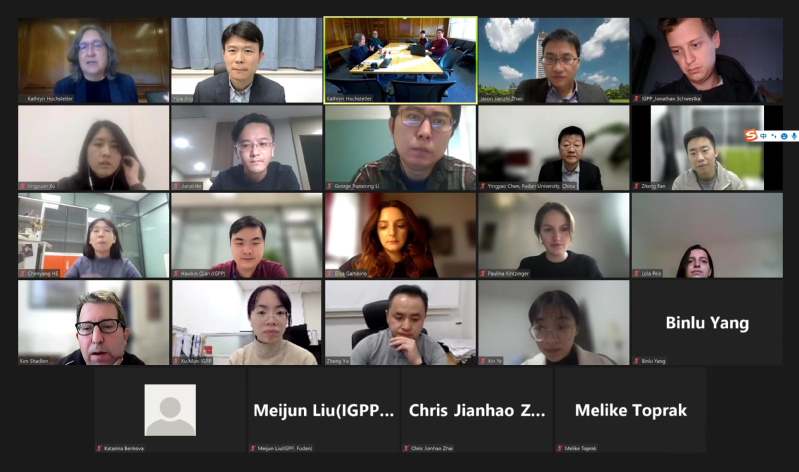 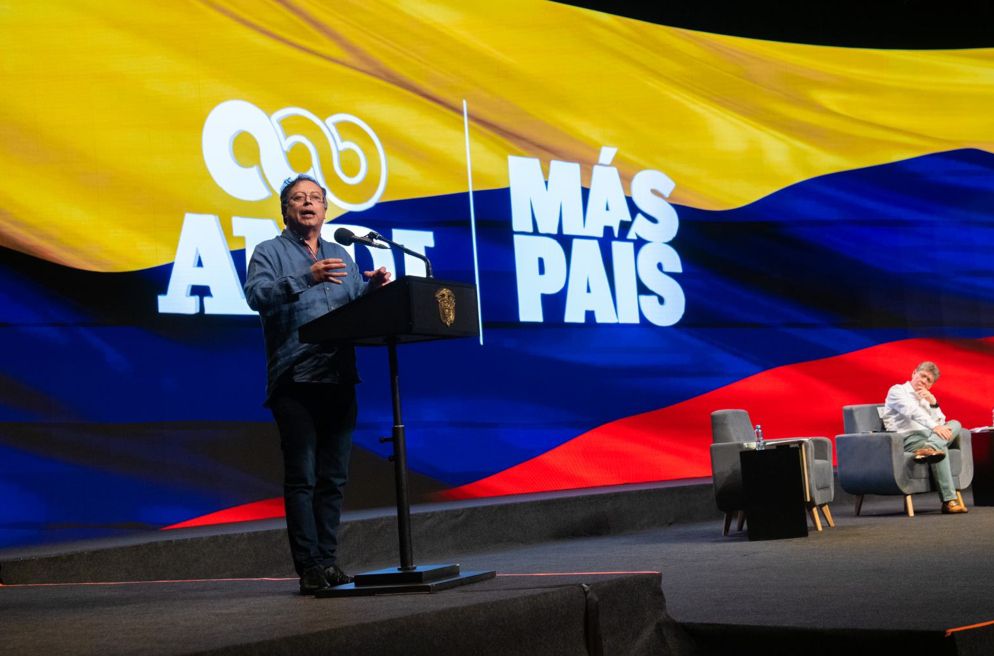 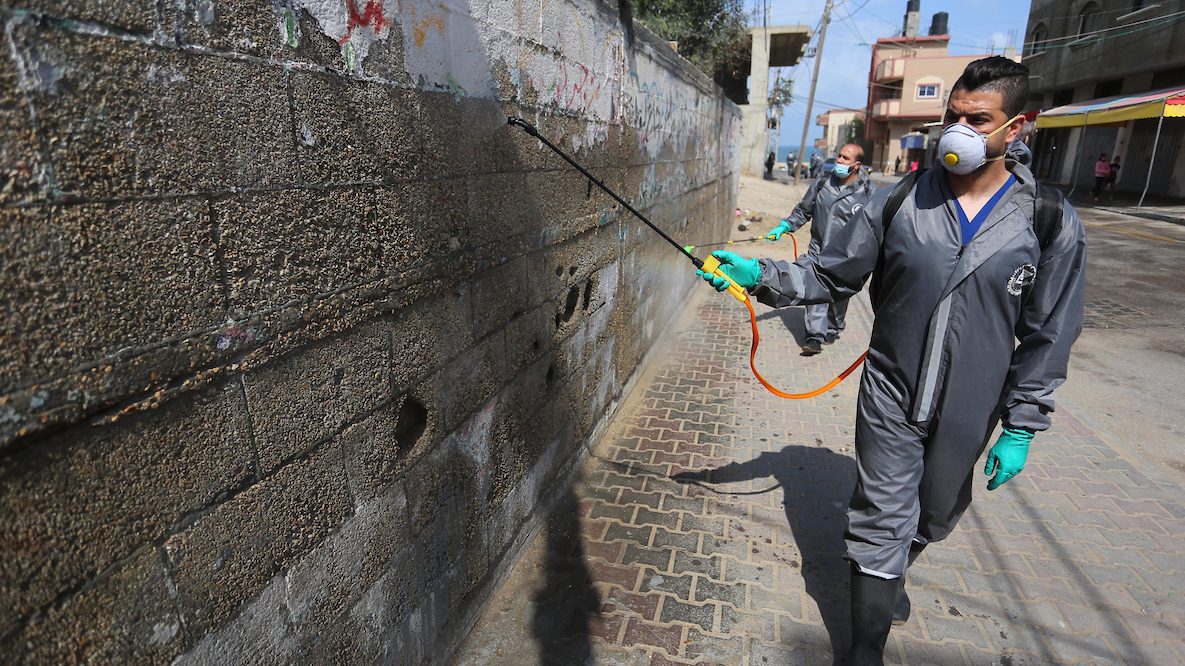