For the LSE International Relations community, the last weekend of November is usually marked with a special event organised by the IR Department; the Cumberland Lodge Conference. It is a moment in which IR students from all levels of study—Undergraduate, Masters, and MPhil/PhD— along with IR Department faculty gather to engage in intellectual discussion in an informal setting. Held in a remarkable former royal residence within the scenic Windsor Great Park between 25-27 November 2016, the forum focused upon whether or not we are living through a revolution. 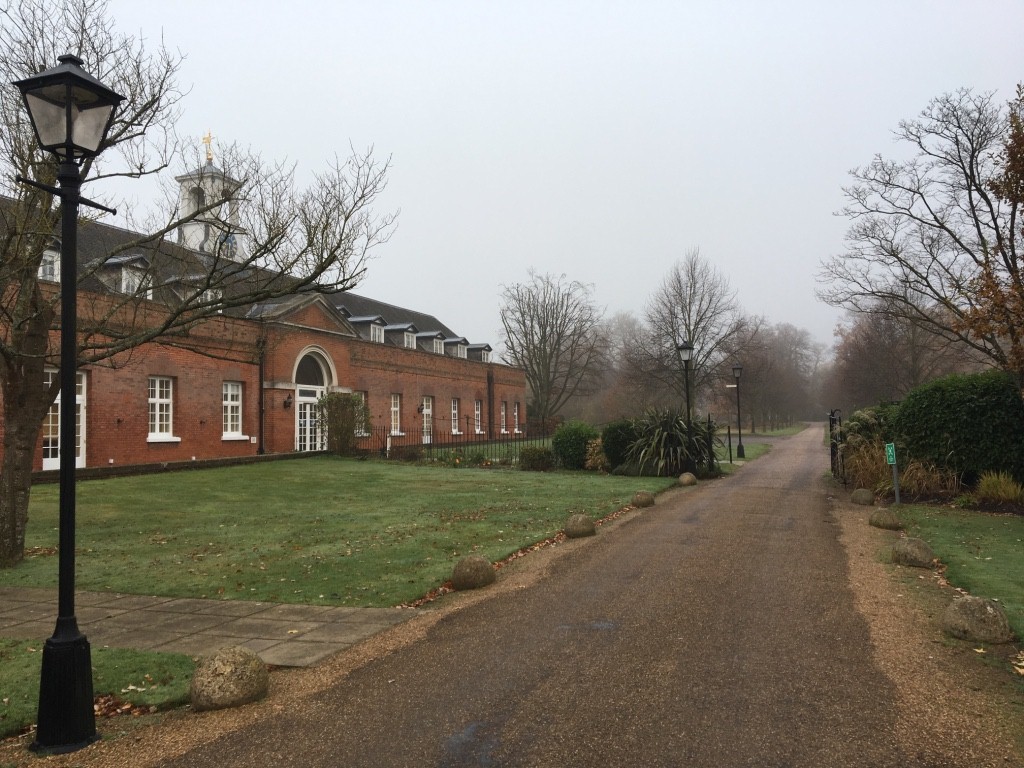 After fighting via song through London’s dense Friday evening traffic, 91 conference participants were warmly welcomed to Cumberland Lodge with drinks and a hearty dinner followed by the first evening session. Professor Cox of LSE Ideas opened the conference with a talk regarding the history of IR at the LSE. Noting the numerous key identities (including a rather multi-talented Olympian) who profoundly contributed both to the founding and growth of the department as well as the developing study of IR, Professor Cox reported the English School theory of international relations was but just one of many pathbreaking contributions to the field of IR by the LSE IR Department. 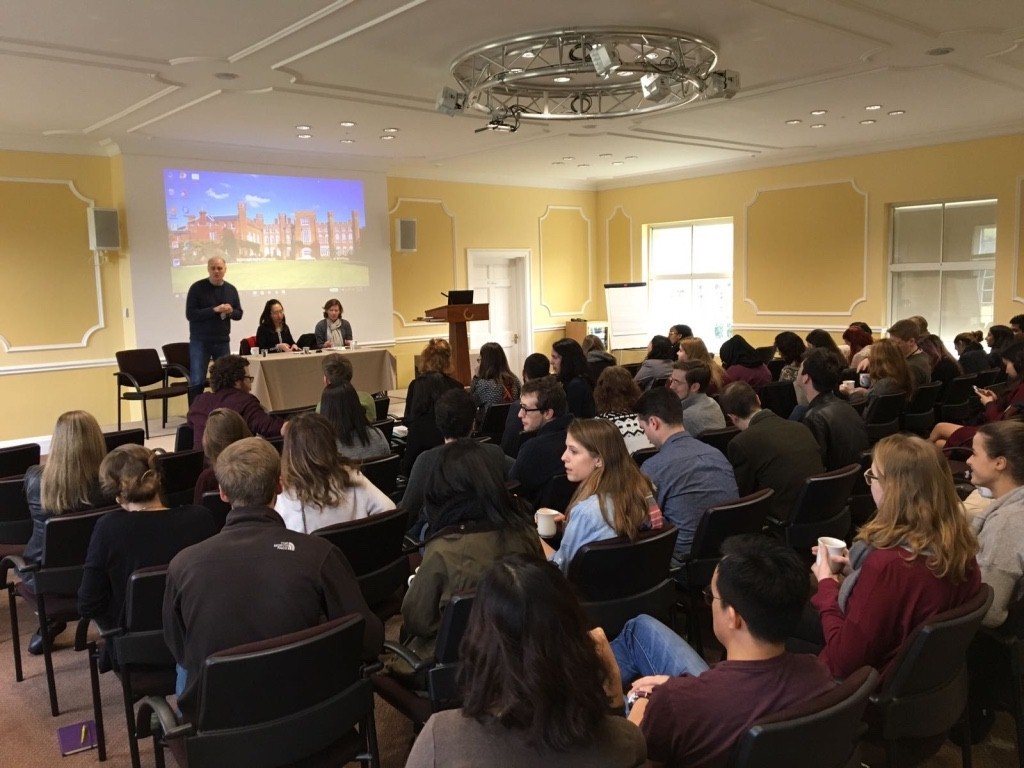 The second day of the conference commenced with a session by three speakers from the LSE. Chaired by Dr. James Morrison, Dr. Katherine Millar and Dr. George Lawson sought to define revolution; Dr Lawson reminded participants of the frequently regressive and harmful consequences of revolution – and that revolutionaries should call for revolution whilst aiming for reform – while Dr Millar challenged the underlying binary gender distinctions inherent within all social structures and compellingly contended that change from within – merely seeking unbiased and non-discriminatory inclusion within the current system – hardly constitutes a revolution. The second session, chaired by Professor Christopher Hughes, invited Professor Karen Smith of the IR Department and Dr. Yu Jie of LSE Ideas to examine the topic of revolution within the international power system from the perspectives of the EU and China; while the future of the EU presents as one of two extremes – either disintegrating or consolidating – China appears to be excelling in relation to global economic influence, however requires improvement in respect of  credible soft power and international agenda setting. A tasty lunch saw the end of the morning session, with a free afternoon providing participants an opportunity to explore the remarkable countryside scenery of Windsor Great Park. Refreshments were later served to reinvigorate the weary minds and energies of the participants prior to the beginning of the late-afternoon session. Dr. James Strong chaired session four, during which Professor Christopher Coker and Dr. Janina Dill discussed revolution within military affairs. While Professor Coker described technological advances that will no doubt radically alter methods and means of warfare, Dr. Dill noted the adoption and deployment of these changing means and methods depend upon the evolving aims, expectations and norms of war. The final session of the day followed dinner, during which Dr. Martin Bayly chaired a panel comprising Professor Fawas Gerges and Dr. Tomila Lankina on the subject of civil society movements in revolutions within the Middle East and Russia. While Dr Lankina observed the fraudulent nature of revolution via the reconstitution of old oligarchies in the Russian region, Professor Gerges reminded participants the Arab Spring was a cumulation of decades of organic crises and yet still did not constitute a successful revolution; Professor Gerges questioned whether the only truly revolutionary entity to result from the crises – at a deeper structural level – may be the so-called Islamic State of Iraq and Syria. Following a further intense and agitating academic discussion, lively evening drinks and a basement party session concluded the penultimate day of the conference. 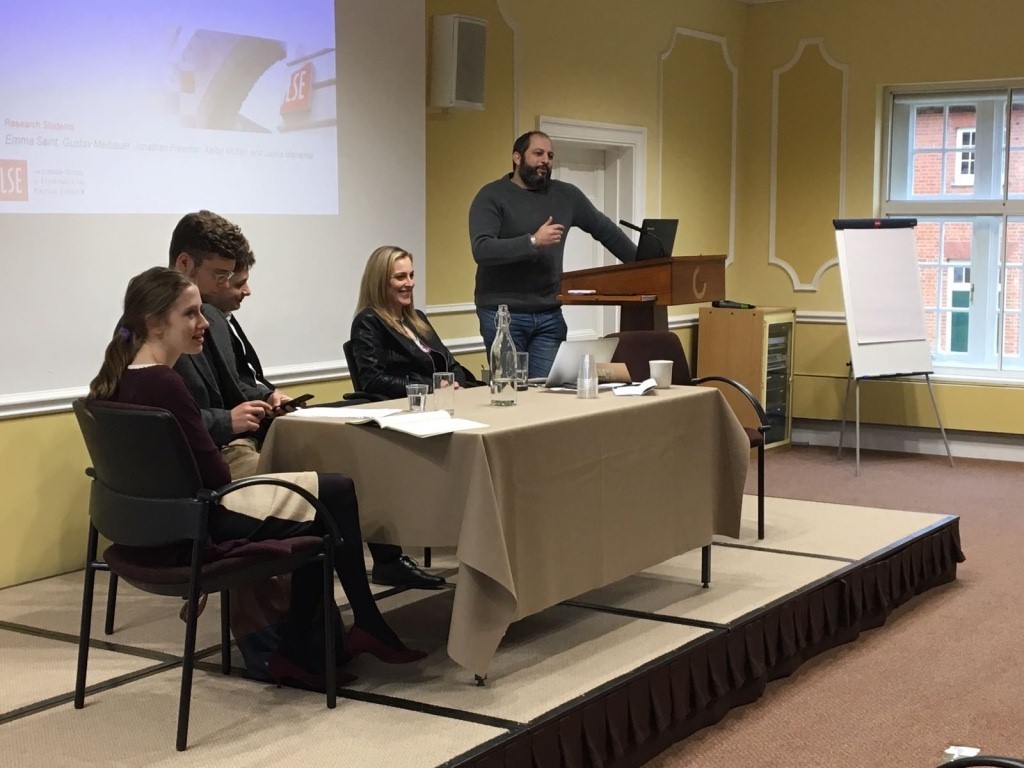 The final day commenced with a Matins Service at the Royal Chapel, in which the presence of HM the Queen delighted and provided an unforgettable memory for all attendees. In what comprised a rather tough act to follow, five IR PhD students – Gustav Meibauer, Aaron McKeil, Emma Saint, Jonathan Freeman and Jackie Majnemer – subsequently concluded the conference with a final open discussion regarding the necessity or otherwise of revolution within the study of IR; panel and audience members actively debated themes pertaining to gender and diversity equity in IR, as well as consideration of alternative IR theories and methodologies, including the theoretical bases of IR, sources of IR information and the potential benefits of inter-disciplinary influences.