And this is why, despite what we may see around us, those who desire change have to keep working for it. All world leaders should see the Earth from space to be reminded of their responsibility not only to their nation, but to everyone.

Florence Goodrham, runner up in the 2020 Marco Lam blog prize 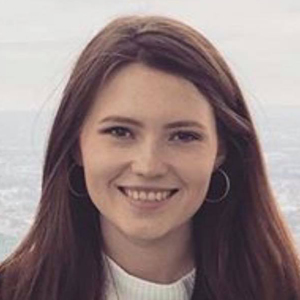 IR: what is it good for?
Florence Goodrham, BSc International Relations and History, 2nd year

If you had asked me this question a few years ago, I would have tried to convince you that international relations was the way that powerful international organisations, like the United Nations, and powerful governments, like the USA and China, were going to change the world for the better. International relations relied on these mighty institutions and hegemonic nations to deliver the change we needed. A trip to visit the United Nations Headquarters in New York in 2016 further cemented my belief that a world of ambassadors, diplomatic passports, UN offices and handshakes carrying the promises of nations was what would make millions of lives around the world better.

Once I began to study international relations at university, I engaged with a more critical approach to what I had previously considered a purely altruistic field. Though it was an uncomfortable realisation, it became clear to me that a majority of international relations was self-serving, selfish and often simply unhelpful. Successive examples of governments undertaking aid programmes in the hope of expanding their control was unnerving, but not as unnerving as learning that many relief programmes, charities and international organisations also contributed to larger problems of dependency and neo imperialism. I became incredibly skeptical of any intention of anyone to contribute to the ‘greater good’. International relations, it would seem, was good for serving your own interests. How many developing nations had their backs turned on them by the great powers once the Cold War ended?

This newfound skepticism was only reinforced as the world moved forwards. Trump’s Presidency has either loathed international relations (‘get me out of here’, Trump at the G20 Summit, 2018), or embraced them as he pressed a big red button authorising air strikes abroad. The question of the Responsibility to Protect would have had a clear answer from me – of course we should intervene in states where genocide and war crimes are ongoing. But, once we question the damaging implications intervention often has, and the less than holy intentions often secretly held, my answer was not so confident. Has international relations not created a global history of abuse? Empire, slavery, war, disagreement? What really is international relations good for, if not exploitation?

I often remind myself of a quote from Sagan’s book Pale Blue Dot, inspired by the photo taken of Earth from Voyager 1 in 1990. It encourages me because it reminds me that from space, we are a planet, not nations. And every single one of us has a responsibility to ensure that we can, as much as possible, work towards making Earth better. And this is why, despite what we may see around us, those who desire change have to keep working for it. All world leaders should see the Earth from space to be reminded of their responsibility not only to their nation, but to everyone. International relations is good for reminding us that we share a collective journey.