We have long known that poverty has a negative impact on health. People living in economic disadvantage are at higher risk of experiencing illness and receive medical care when needed. However, the causal chain from disadvantage to disease is hard to disentangle. Living in poverty reduces access to nutritious food, clean water and sanitation. But there are many other pathways by which disadvantage impacts health. Poverty steeply increases stress, which in turn impacts physical and mental health. It also decreases the access to education and key information that can help prevent disease.

Clearly, the relationship between poverty and poor health is not straightforward, but rather a dense web of interrelated factors constantly shaping each other.

Our research looks at one rarely explored aspect of this relationship: health disparities in relation to ethnic-minority status. With very few exceptions, ethnic-minority populations tend to be economically disadvantaged. As a result, one of the main challenges of studying health disparities between minority and majority populations is disentangling the effect of socio-economic marginalisation on health and the “minority” effect on health. We take the case of Afro-Colombians to whether minority status itself can affect health or if instead the differences relate to socio-economic disparities between Afro-Colombians and the general population.

Isolating the effect of ethnic-minority status

Disentangling socio-economic disadvantage and ethnicity in relation to health outcomes in Colombia (and other Latin American countries) is particularly challenging.

Latin America is one of the most ethnically diverse regions in the world. People in the region tend to think of themselves as mestizos, a concept of ethnicity that is “mixed” at its core. The region is also one of the most unequal in the world, and research on health disparities has thus tended to focus on the health effects of class and poverty.

The question of ethnicity and its relation to poor health outcomes is certainly a difficult question to address, as different sources of marginalisation are deeply embedded. Yet, since members of ethnic minorities face chronic discrimination, with knock-on negative effects for health, it is a question that needs to be asked. And the case of Afro-Colombians, who continue to have a fairly cohesive ethnic identity, makes a particularly appropriate case study.

We first sought to determine the nature of health disparities between Afro-Colombians and the general population. To do this, we used nationally representative survey data to evaluate health differences affecting adults and children of African descent. This showed that Afro-Colombian adults are less likely to report “good” or “excellent” health. Adults and children are also more likely to say they were sick in the past month and to have a chronic condition. Afro-Colombian adults are less likely than their counterparts to seek treatment if they feel ill. However, when they seek medical treatment, there are as likely as non-Afro Colombians to receive it.

Because our findings reveal both socio-economic and health disparities between Afro-Colombians and non-Afro Colombians, the next step was to determine which factors best explain identified differences in health. This might be observable (socio-economic status, level of education, access to health care, etc.) or unobservable.

We re-analysed the data using a method that equalises the observable factors and tells us if the differences are still there after “levelling the ground” for everyone. A finding that health differences are not sufficiently explained by observed factors would support the hypothesis of a discrimination effect driving health disparities against the Afro-Colombian population.

What role for discrimination?

Ultimately, we found that health disparities are largely explained by observable variables (i.e. socio-economic status, education, insurance, etc.), but with some important exceptions. Higher perceived morbidity, less treatment-seeking, and lower enrolment in subsidised health-insurance schemes were not successfully explained by observed factors only. This means that the experience of worse general health among Afro-Colombians could also be driven by a discrimination effect.

We also find that Afro-Colombian children are more likely than their non-Afro counterparts to have poor growth. The disparity is not explained by observable variables. Therefore, we found a potentially strong discrimination effect for disparities in height at a given age.

Taken together, our results paint a picture of an Afro-descendant population with increased morbidity, less treatment-seeking, and less enrolment in a health-insurance system that is free to those who qualify.

While the results suggest a discrimination effect behind these disparities, determining the mechanism by which discrimination operates is more challenging. The observational data does not allow us to identify cause-effect relationships. Nevertheless, we explore some possible explanations based on what we know about the relationship between discrimination and health.

We believe that our results are driven by both structural and internalised forms of discrimination. As such, strategies looking to tackle health disparities amongst this population should address these issues in an integrated manner.

Take for example the finding that Afro-Colombians are less likely to enrol in health-insurance schemes for which they are eligible at no cost. An intervention targeting this problem could focus on increasing the willingness of Afro-Colombians to sign up for health insurance. This would entail tackling individual choice while accounting for the link between discrimination, social identity, and health behaviour. Afro-Colombians face ethnic discrimination in various settings on a regular basis. Chronic experiences of ethnic discrimination are progressively internalised by the individual. Because the person self-identifies as member of the stigmatised ethnic group, some aspects of his/her identity will also be stigmatised. Stigmatised social identities can influence behaviour to a considerable extent. Under certain circumstances, they can impair the group’s ability to respond to available opportunities even after these have been equalised across groups. It is likely that the stigmatised identity negatively affects enrolment for free health insurance among Afro-Colombians. Interventions should thus be designed to address the effect of discrimination on behavioural patterns that have negative health effects.

Yet, the lower enrolment rate of Afro-Colombians can also be studied from an institutional angle that considers the social and structural aspects of discrimination. For instance, it is possible that areas with a higher proportion of Afro-descendants are not prioritised by the enrolment efforts of the health system or may simply lack a nearby enrolment office.

More research is required if we are to understand the role of discrimination – both structural and internalised – in the health disparities affecting Afro-Colombians. The more we know, the better equipped we will be to design means of overcoming these disparities. Our study contributes by showing that the ethnicity factor is distinct and adds to the cumulative effect of exclusion. We demonstrate this with indications of objective poorer health (height for age) and reports of subjective experience of poorer health (perceived morbidity) by Afro-Colombian individuals.

We know that those belonging to minority groups across Latin America consistently report poorer health. Building a better understanding of the multiple facets of disadvantage and their distinct impact on health is no small task. However, the production of knowledge from and about Latin America has grown exponentially in the last decades.

It is time for researchers and policy makers in the region to engage in productive discussions to find innovative solutions to these problems. This is a challenging but achievable mission: creativity has never been a scarce resource in Latin America.

Notes:
• The views expressed here are of the authors and do not reflect the position of the Centre or of the LSE
• This article draws on the co-authored book chapter “Ethnic Disparities in Health: the Case of Afro-Colombians” (Diasporic Africa Press, 2017)
• Please read our Comments Policy before commenting

María Cecilia Dedios  – LSE Psychological and Behavioural Science
María Cecilia Dedios is a PhD student in LSE’s Department of Psychological and Behavioural Science. Her research pertains to adolescent development under contextual adversity, focusing on the dynamics that shape both positive and negative developmental outcomes. Before joining the LSE she conducted research on the mental health and experience of disease among culturally diverse populations in Peru, Colombia, and the US. 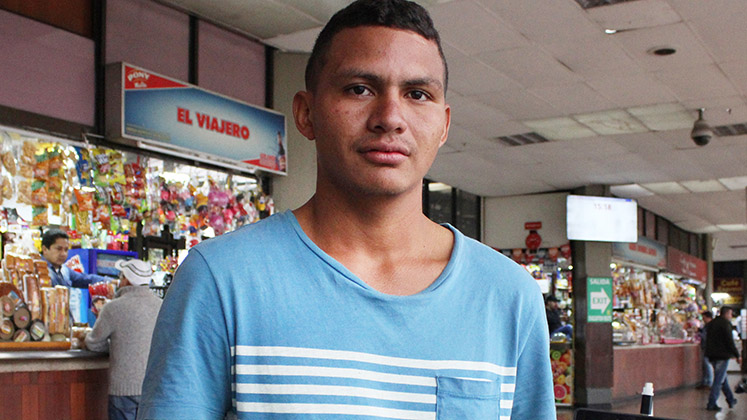 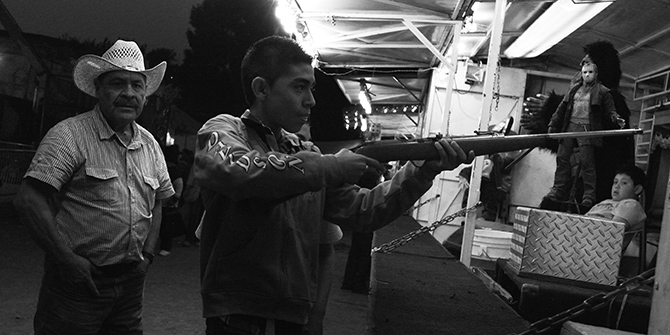