Since its founding in 1922, the Puerto Rican Nationalist Party has combined its goal of ending US rule with a push to reintegrate with sister republics throughout Latin America, and Latin American countries have often responded in kind. Despite undergoing many changes over the past hundred years, today’s movement remains broad and inclusive rather than restrictive and reactionary, writes Margaret Power (Illinois Institute of Technology).

Nationalism today has become synonymous with hatred, xenophobia, and reactionary politics. But that has not always been the case nor is it necessarily true today, as the example of Puerto Rico illustrates.

Puerto Rico was a Spanish colony for four hundred years. It became a US colony in 1898, and it remains one today. Puerto Rican nationalists want to end US colonial rule in the archipelago and inaugurate a sovereign republic.

First, since its founding in 1922, the Puerto Rican Nationalist Party has combined its goal of ending US rule with its push to reintegrate the archipelago with its sister republics throughout Latin America. It interwove nationalism with its transnational identity as a Hispanic nation, one that shared a common language, history, and culture with the former Spanish colonies in the Americas.

The Nationalist Party also drew on the legacy of nineteenth century pro-independence Caribbeanists such as Ramón Emeterio Betances in Puerto Rico, José Martí in Cuba, and Gregorio Luperón in the Dominican Republic to propound the unity of the Caribbean islands, including Haiti, and support each nation’s struggles against foreign domination. The Nationalist Party understood that its colonial status was part of US imperialist designs for the region. It identified its situation with that of other nations oppressed by US rule, particularly those that experienced US military occupation.

In 1927 the Nationalist Party sent its vice president, Pedro Albizu Campos, on a three-year solidarity tour throughout the Caribbean, to Mexico, Peru, and Venezuela. At the send-off banquet, the Nationalist Party president gave a speech (published in full in the Puerto Rican newspaper La Democracia) summarising the party’s perspective on its relationship to Latin America:

Puerto Rico is not just fighting for Puerto Rican nationalism; we are also fighting for Mexican, Dominican, [and] Nicaraguan nationalism because we are the same people, from the Rio Grande in North America to Patagonia in South America. [We are] one homogeneous people [with shared] customs, language, religion, race. What affects Santo Domingo and Nicaragua also affects Argentina and Puerto Rico; it affects our common interests as a people united by the same bonds.

Second, Latin Americans reciprocated the Nationalist Party’s solidarity with their own struggles.

For much of the first half of the twentieth century Latin Americans pointed to Puerto Rico as visible proof of US imperialism in the region. As a result, Latin American leaders, intellectuals, and organisations frequently issued statements, signed petitions, sent cablegrams to US officials condemning their government’s reign over Puerto Rico, and demanding the release of Nationalist Party political prisoners held in US jails.

Continent-wide campaigns in favour of Puerto Rican independence and against the imprisonment of anti-colonial leaders flourished from the late 1930s through the 1940s, the years when Franklin Roosevelt’s Good Neighbor Policy defined US relations with Latin America. For example, 63 members of the Argentine Congress, including the President and First and Second Vice Presidents of the Chamber of Deputies, directed a letter to Roosevelt “respectfully request[ing] of your Excellency the freedom of the Puerto Rican intellectuals, Pedro Albizu Campos, Juan Antonio Corretjer, Clemente Soto Vélez, and their noble companions, leaders of the national movement for independence in our brother country.”

In the early 1950s the Nationalist Party launched a series of failed military attacks in Puerto Rico and the United States. In response, the US government unleashed a wave of repression, imprisoning Nationalist leaders, members, and sympathisers. Stripped of its leaders, many of whom spent decades in prisons, besieged by the FBI and other state agencies of repression, the independence movement declined. It resurged in the 1960s, partly inspired and supported by the 1959 Cuban revolution.

Today, the nationalist movement is at once broader and yet more diffuse, lacking a single organisation or unified goal. Instead of focusing primarily on the establishment of an independent nation, the agenda of today’s nationalist movement incorporates environmental issues, demands for women’s and LGBT rights, and anti-racism. However, instead of calling clearly for independence, it now upholds the vaguer demand of sovereignty.

The most visible manifestation of Puerto Rican nationalism in its twenty-first century incarnation occurred in the summer of 2019. Tens of thousands of Puerto Ricans took to the streets of the island demanding that Governor Ricardo Roselló resign. On July 22, 2019, one million Puerto Ricans – fully one third of the population – flooded the streets of San Juan chanting, “Ricky, resign!” Pictures of the protests show the crowd waving the Puerto Rican flag, not party banners.

The flag, the quintessential symbol of the nation, represented unity in opposition to the corrupt governor and political system that had failed to administer the archipelago efficiently, compassionately, or fairly following the devastating blows of Hurricanes Irma and María in September 2017. It symbolised the Puerto Rican people joining together to assert their rights and their determination to obtain them.

Although Puerto Rican nationalism has evolved over the last one hundred years, for many it continues to represent a liberatory movement and goal. Far from calling for new barriers and walls, it heralds an end to oppression and the assertion of a positive identity and dignity.

Margaret Power is a professor of history at the Illinois Institute of Technology. She is the author of Right-Wing Women in Chile along with other books, chapters, and articles on the political right in Latin America. She is currently working on a manuscript that is tentatively titled "Solidarity across the Americas: The Puerto Rican Nationalist Party and Anti-Imperialism". 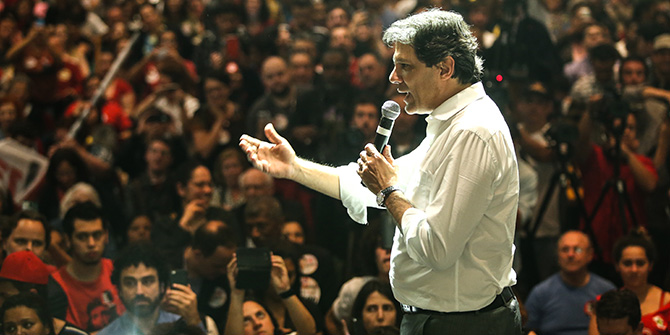 Brazil elections 2018: who will win the race for second place behind Bolsonaro? 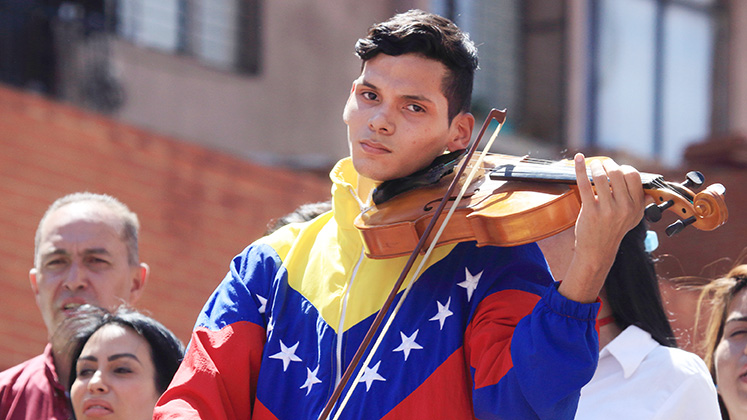 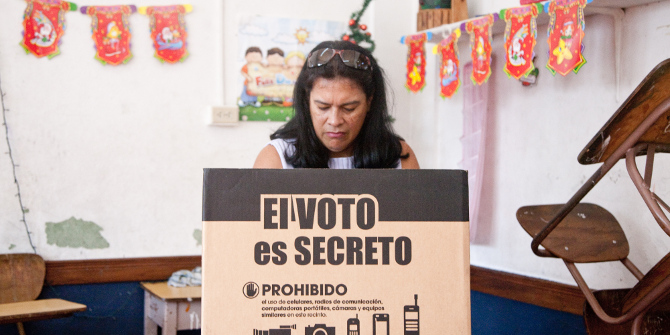