Last November, Edmilson Rodrigues of the Socialism and Freedom Party (PSOL) defeated a Bolsonaro ally to become mayor of Belém, in the Brazilian Amazon. The Belém experiment could be a chance to push back against a destructive far-right government that has grossly mismanaged the pandemic, writes Claudia Horn (LSE International Development).

Belém, the capital of Brazil’s northern state of Pará and the gateway to the Amazon, elected a left-wing city government in the November 2020 municipal elections, with Edmilson Rodrigues of the Socialism and Freedom Party (PSOL) winning nearly 52% of the vote. Yet there has been little discussion of this unique victory of the Brazilian left, here led not by a candidate of the long-established Workers’ Party (PT) that formerly held the Brazilian presidency, but instead from the rising PSOL. It is a victory with some important strategic implications for resistance during an urgent social crisis.

Edmilson Rodrigues is a well-known figure in Belém. An architect, professor of human geography, and longtime deputy for the state of Pará, he had already served as mayor of the city from 1997 to 2005. In spite of his high profile, the fake-news machine of Brazil’s extreme right nearly made the difference in last year’s election. The candidate supporting President Jair Bolsonaro, Everaldo Eguchi of the Patriota party, led a close race into the second round.

The risk that Eguchi might actually win then led a range of Brazilian cultural figures, not least the musicians Chico Buarque and Caetano Veloso, to announce their support for Edmilson. The victor himself referred to the deep social crisis confronting the people of the city in the wake of his win:

Belém is a capital of the Amazon, which is in the global spotlight because of fires, deforestation, land grabbing, genocide against the indigenous population, and violence against landless rural workers. We are not facing a liberal candidate. We are facing a candidate who represents the ideas of the far right. So this was a victory against fascism and a defeat for President Bolsonaro, who supported my opponent.

On the evening of the victory, thousands gathered at the market of São Brás to sing, dance, and celebrate, demonstrating the popularity of Edmilson’s “New Ideas for Belém” campaign. The candidate’s programme emphasised social protection and income, especially for vulnerable sections of the population. The mayor’s advisor Luiz Arnaldo Dias Campos identified three main strengths of the campaign: the memory of Edmilson’s previous leadership, cross-party unity amongst left-wing parties, and the failure of the traditional right to agree on one candidate.

Even sceptical observers express respect for Edimilson’s previous municipal governments. Edmilson, who was then a member of the PT, managed to implement some major changes in a period of extreme financial constraints. In the so-called “riverine city” made up of 39 islands – including the poor neighbourhoods worst affected by flooding, rainfall, and sewage – Edmilson launched macro-drainage projects for the Tucunduba and Una basins, collaborating with the state government and drawing on financial support from the World Bank.

In the early 2000s, his city government introduced participatory urban and budgetary planning, as well as school scholarships for poor and homeless citizens. In addition to social and cultural programmes, Edmilson realised his vision of public urban space, not least by reviving Belém’s famous Ver-o-Peso market and constructing the Ver-o-Rio recreational park. This was all done in defiance of the control usually exerted over the city’s development by capitalist interests like shipping companies.

Two decades later, there is a political emergency, with COVID-19 and rising levels of unemployment, poverty, and hunger. In its first five months in office, the municipal government has again focused on addressing the most urgent social needs. Its first major policy was the basic income project Let’s Go Belém, which was promised during the election campaign.

By January 8, the city council had approved the funds that would initially provide R$450 (approximately USD $90) to about 9,000 people in extreme need. In addition, the Sanitation Authority, headed by Ivanise Gasparim (PT), immediately started to clean the city’s sewers and canals. This work is now being extended to the islands, with plans to install the largest sewage treatment plant in the Amazon.

In early May, the city government launched the citizen council platform Tá Selado (“It’s Agreed”), which organises physical and virtual assemblies with citizens in every neighbourhood of the city. Its aim is for politics to reflect the city’s real diversity when it comes to city planning. Some 70% of Pará’s population identifies as pardo (mixed ethnicity) or caboclo (acculturated or mixed indigenous), and Belém is characterised by a mixture of indigenous, black, and European-colonial cultural diversity, as well as by the persistent marginalisation of the majority in access to social services and political participation.

Edmilson, in collaboration with the state government, also launched the community land regularisation program Terra da Gente (“Our Land”) in February 2021. By the end of this year, the programme will have granted 4,000 land titles, which is as many as previous administrations had granted in fully 16 years. This represents a concrete approach to social security for the poorest, since about 60% of Belém’s land plots – roughly 360,000 in total – are irregular.

Edmilson supports indigenous and traditional communities in their resistance to Bolsonaro’s racist development agenda as well as the neoliberal discourse of “green growth”. The city’s role as a gateway to the Amazon gives it a vital platform in the global climate change debate. On April 15, Edmilson urged US president Joe Biden to show solidarity with the peoples of Amazonia by opposing a controversial economic pact with the Bolsonaro government.

An important part of this strategy will involve hosting the Pan-Amazon Social Forum in 2022, which takes place some 20 years after the forum began in Belém. This institutional space for regional alliances between social movements and organisations offers a way to strengthen their voices and their autonomy, helping them to present local alternatives in a debate dominated by Brazil’s southern regions and by domestic and transnational agro-industrial interests.

Like many cities in Brazil, Belém has severe ecological problems, including a neglect of green spaces. According to journalist Catarina Barbosa, the former mayor Zenaldo Coutinho (Brazilian Social Democracy Party) ordered the cutting down of many trees and the planting of other species that were unsuitable for the city’s conditions. Edmilson’s programmes for environmental sustainability in the city face the enormous challenge of reconciling the varied interests Belém’s citizens in order to meet sometimes conflicting needs for infrastructure, sanitation, reforestation, and urban mobility.

Amongst other things, the mayor will support a market for organic products from family farmers and landless settlements. In the nationwide system of Brazilian budgeting, which favours the south of the country, Belém has received very little funding for social services, sanitation, and culture, particularly when compared to other historic centres such as Salvador in Bahia. The mayor’s team is seeking to counter these difficulties by working with the population and enlisting help from experts at the local university.

Edmilson’s predecessor Zenaldo Coutinho has also left behind several dubious construction schemes, such as the repeatedly postponed Belém BRT project, which has been promising to improve transport networks in the metropolitan region since 2013. But the first and most momentous task for the city government is to vaccinate the population against COVID-19 in the face of sabotage from the federal government.

Edmilson is vice president of the Committee of City Councils that coordinates vaccine procurement. He is implementing a comprehensive vaccination program in collaboration with the state government. Many people are counting on the mayor’s expertise and negotiating ability to steer this through. He has previously involved all parties in government, seeking pragmatic cooperation across ideological lines, and Edmilson’s campaign in 2020 received informal support from some of his former opponents.

It is the implementation of left policies and the forging of alliances that may offer lessons for the left in Brazil and beyond. As the diplomat Antonio Freitas has observed, the Belém government will be an important experiment for PSOL. The party has been more involved in the legislature than in city governments, with its support especially concentrated in São Paulo and the Brazilian south.

The relative success of the traditional right-wing parties in the municipal elections shows how persistent anti-PT sentiment is in Brazil. While Edmilson himself left the PT after his previous terms as mayor and founded PSOL in Pará in 2005, his government does include many PT politicians, including Vice Mayor Edilson Moura.

However, Jair Bolsonaro’s popularity is also waning. Never before had so many black and indigenous deputies been elected as in the municipal elections of 2020. PSOL is now emerging as an alternative to the political approach associated with Lula and the PT, giving voice to a new generation of leaders from previously marginalised sectors. This points to a qualitative change in the scenario facing the democratic and left-wing camp in Brazil.

As the Brazilian people face rising hunger and unemployment, environmental degradation, police violence, and the ongoing pandemic, with Bolsonaro’s far-right government still at the helm of the state, the Belém experiment offers a chance to reverse these destructive trends at last.

Notes:
• The views expressed here are of the authors rather than the Centre or the LSE
• This post is an edited version of a piece originally published in Jacobin
• Please read our Comments Policy before commenting 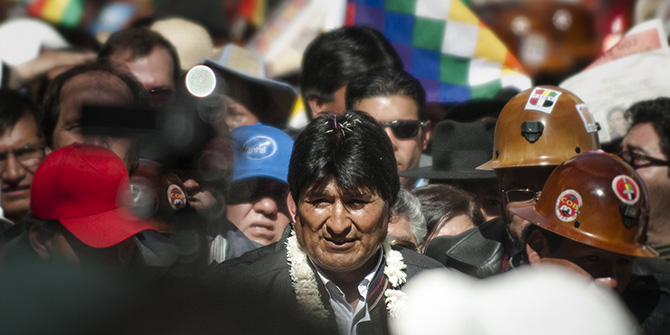 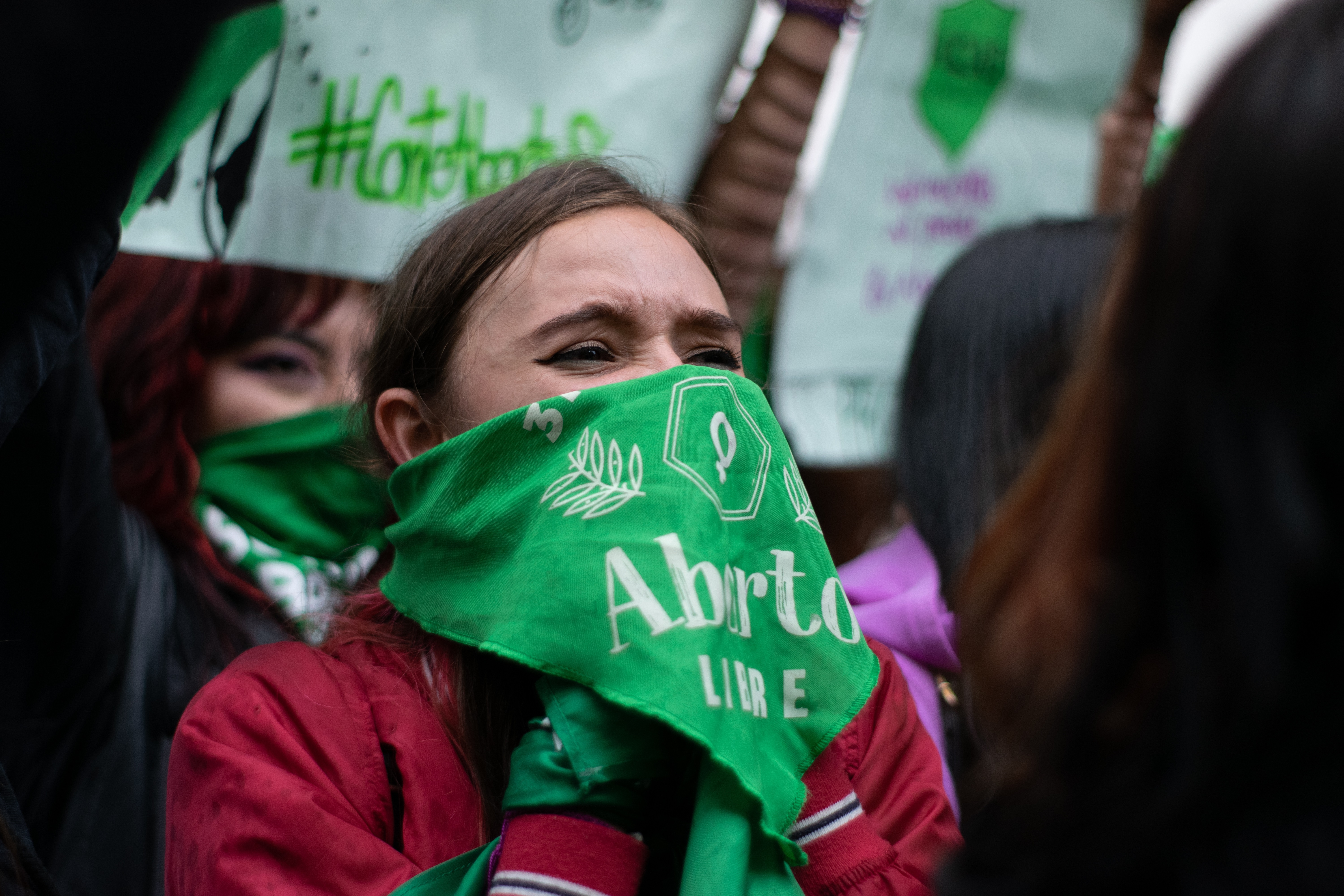 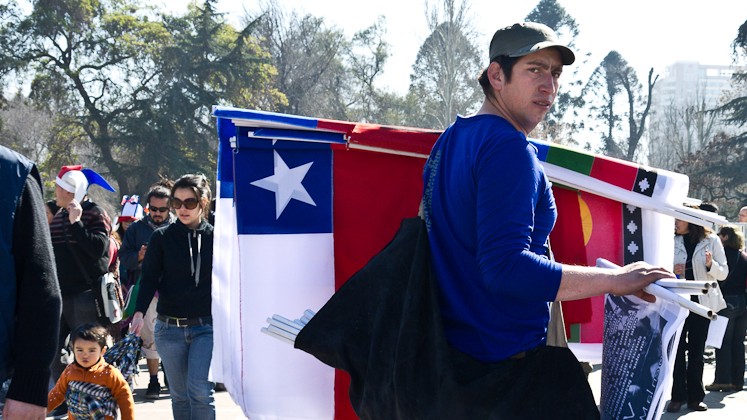