The current scene for LGBTQ+ populations worldwide is undoubtedly better compared to what it was in the past. Relative to cis (a person identifies as the gender they were assigned at birth) and heterosexual people, however, access to social rights and moral status remain starkly unequal. Whereas multiple data sources confirm that highly developed western societies, such as some western European, North American, and Oceanic countries, offer a more favourable environment for non-conforming sexual identities in terms of the legal and social landscape, other regions continue to pathologise, punish and even actively persecute sexual minoritised populations.

The case of Latin American countries is rather peculiar, as substantial legal and attitudinal improvements coexist with a tacit and blatant rejection of non-cis/heterosexual identities. In Homosexuality Justification and Social Distance: A Cross-Cultural Approach from Latin America Using World Values Survey Data, a recent chapter published in the book Latinx Queer Psychology, we offer some insights on change in tolerance towards homosexuality in Latin American countries and the challenges that the region faces.

LGBTQ+ communities and organisations across the region are becoming increasingly more involved in pursuing progressive change in favour of their rights, social value and living standards. In spite of new trends going beyond gay and lesbian rights and focusing on securing better (legal and social) conditions for trans and queer communities, some sub-sections of the general population are yet to embrace homosexuality as a legitimate and healthy expression of sexual diversity. Many Latin Americans still struggle to grasp social norms that hold same-sex attraction and relations under the same status as heterosexual ones. The myriad inequities between the gay/lesbian population and heterosexuals evidence such difficulties.

School violence, mockery and hostility at work, police abuse and harassment and violence in public spaces endure, proving that sexual stigma and discrimination in Latin America remain pervasive. Moreover, every effort to improve the legal and social standing of gay and lesbian people in the region has been met by reactionary movements and anti-gender policies resisting advances in sexual and LGBTQ+ rights. But this is no surprise, considering that many of the variables identified as predictors of negative attitudes towards sexual minorities by social scientific studies, such as religiosity, moral and political conservatism, and low educational attainment, concur with general socio-cultural characteristics of Latin American masses.

Although some large-scale surveys track attitudes towards LGBTQ+ populations, only some conduct measurements within countries using a cross-cultural perspective. One of the few that can provide insights into population-level change over time is the World Values Survey (WVS), which contains data from the late 90s (for most countries) until this day.

Specifically, one question refers to homosexuality (i.e., “Please tell me whether you think that homosexuality can always be justified, never be justified, or something in between”). The other taps on social distance from homosexual neighbours (i.e., “On this list are various groups of people. Could you please mention any that you would not like to have as neighbours?”). Since the results are sufficiently similar for both questions, we focus only on the former. First, we examined the trends of tolerance of homosexuality across six Latin American countries since the late 1980s/ and early 1990s, up to the latest wave of data (2017-2020). We found that, except for Peru and Colombia, there was a steady increase in homosexuality “justification” (or tolerance).

The country with the highest acceptance is Argentina, followed by Chile, while lower acceptance is observed in Peru and Colombia, which also reports the lowest improvement over time. Additionally, Argentina, which shows the most favourable attitudes toward homosexuality, remains stable in the last two measurements. There have been no observable changes in attitudes in Peru since the 90s, as improvement is followed by a decline in homosexuality justification. Overall, long-term patterns suggest that attitudes are improving (except for Peru), regardless of year-to-year changes in the data, which may be due to sampling error. Nonetheless, and perhaps more strikingly, the mean rate of tolerance for most countries plateaus below the midpoint of the 1-to-10 scale, and only around halfway (i.e., 5) for the most “accepting” countries (Argentina, Chile and Brazil).

Subsequently, we analysed World Values Survey data from wave 7 (2017–2020), including 11 Latin American countries. Results from a one-way analysis of variance show that the levels of homosexuality justification vary significantly across countries (F(10, 14,370) = 115.34, p < .001). Argentina and Puerto Rico show the most favourable attitudes towards LGBT people in Central and South America, followed by Chile and Brazil with scores close to 5. But the attitudes in Mexico and Colombia are far from positive. The situation is particularly worrying for the remaining countries since the levels of justification are notably low, particularly in Peru, which, according to our models, makes up the lowest homogeneous subset. Consistent with what we previously observed regarding trends over time, countries with the highest mean scores within the region show levels of mild average support instead of acceptance at best.

A more nuanced look at the distribution of attitudes toward LGBT people, using data from WVS wave 7 (2017-2020) and the same homosexuality justification measure, supports the above-mentioned pattern. However, it also reveals more specific features.

A field with insufficient research

Compared to more developed countries (e.g., Germany, Australia, and New Zealand), where most respondents place themselves on the upper end of the “tolerance” scale, Latin American societies seem far from a positive or affirmative sentiment towards homosexuality. Argentina, Puerto Rico, and Chile are the closest (although far from similar) to developed nations. On the lower end, Guatemala, Nicaragua, Bolivia, and Peru display attitudes comparable to countries such as Ethiopia, Lebanon, and China, which are characterised by great hostility toward homosexuality and LGBT people.

Interestingly, a closer inspection of the sample distributions by country reveals a highly relevant phenomenon that goes beyond what each isolated mean can inform. People in countries such as Argentina, Puerto Rico, and Brazil tend to heavily concentrate on the lower end (hostile rejection), in the middle (moderate rejection), and on the upper end (acceptance) of the scale. This indicates that there are within-country subdivisions regarding attitudes toward gay and lesbian people. These differences are probably explained by sociodemographic and ideological factors, such as educational level and religiousness.

Finally, these data allow us to build a general overview of the situation in Latin America. However, this survey (as many others in Latinamerica) employs an attitudinal question with many caveats, such as the wording and the attitudinal target presented to respondents. Also, it only asks about homosexuality, not considering other spectrums of the queer community.

Regardless of these limitations, to date, this is the only question measured systematically for several years and across many countries, which has allowed us to have a proxy of the situation in the region. Still, and to address these oversights, we encourage social scientists and health researchers to update their measurements to consider the complexity of these issues while also allowing cross-cultural comparisons within and across continental regions to have a better understanding of the challenges that LGBTQ+ people face at the regional level.

Notes:
• The views expressed here are of the author rather than the Centre or the LSE
• Please read our Comments Policy before commenting
• Banner image: Pride demonstration in Chile, 2022 / Movilh Chile (CC BY-NC 2.0)

Jaime Barrientos is a Professor in the School of Psychology at Universidad Alberto Hurtado (Chile). He is also a Visiting Scholar at Universidad Complutense (Madrid). He has a PhD in Social Psychology and a Master's in Sociology.

Joaquín Bahamondes is an Assistant Professor in the School of Psychology at the Universidad Católica del Norte. He is also deputy director of OLES (Observatorio de Violencia y Legitimidad Social). He has a PhD in Psychology and a Master’s in Social Psychology.

Religion, the state, and the states explain why Mexico has stronger LGBT rights than the US April 25th, 2018 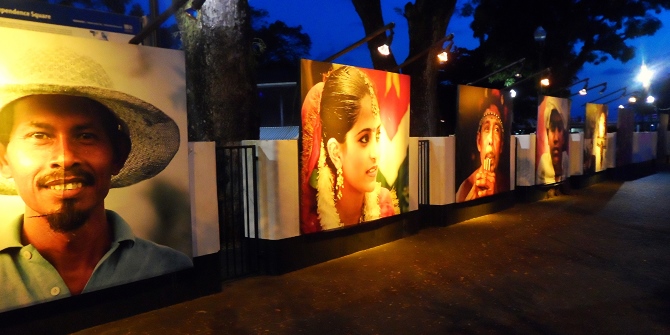 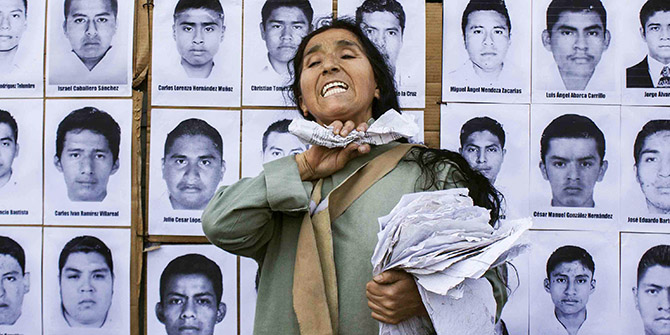 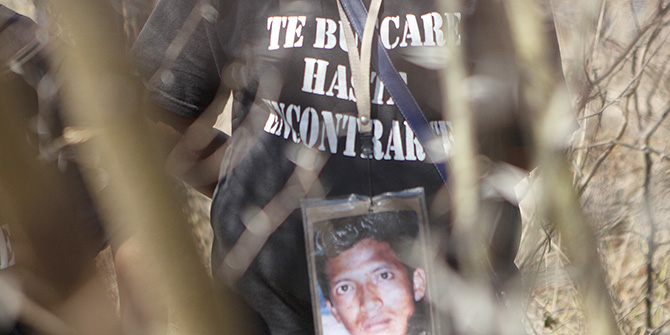 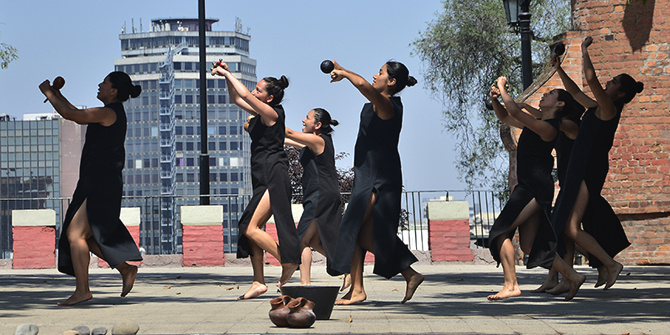