In 1946 Professor Tibor Barna led around 100 LSE student volunteers in a “Social Survey of Stepney” and their findings are among his papers in LSE Library. The goal was to interview real Eastenders about their lives against the backdrop of postwar re-imagination of London’s East End. Inderbir Bhullar explores the archives.

This blog is about a story which, unfortunately, didn’t make it into one of my LSE Library exhibitions as it was more expansive and interesting than I’d anticipated and I didn’t feel we could do it justice. Among the many wonderful images on LSE Library’s Flickr gallery there are a series of delightful photos which have always stood out to me. They’re all black and white, almost all of women and the captions reveal that they were taken as part of a fieldwork assignment in 1946, carried out under the supervision of Professor Tibor Barna.

Professor Barna had been at LSE since the late 1930s when he undertook his undergraduate degree in economics. He was born and raised in Hungary, the child of a family of tailors and aged 18 made the trip over to the University of Manchester to study textile engineering.

He later wrote amusingly about his complex decision to choose to study economics: “I had not the faintest idea what it was about and even the dictionary meaning in Hungarian was meaningless to me. But I had to study something.”

He mightn’t have started with a good grasp of economics but eventually overcame this with some aplomb, passing with first class honours a few years later. He dived stats-first into tax and redistribution for his PhD, proving impressive enough to be hired at the School in 1944.

Recruiting students for the Social Survey of Stepney

A couple of years later Professor Barna supervised the ‘Social Survey of Stepney’ and, in his papers held in LSE Library, there’s this callout for student volunteers which explains a considerable amount about it, including why they wanted to carry it out:

It certainly doesn’t suffer from lack of ambition: “We want to interview 500 to 1000 families in one particular neighbourhood unit”.

The callout makes clear from the start that it was seeking to investigate the enormous changes which had been proposed for Stepney by Patrick Abercrombie’s London Plan.

The plan was actually comprised of two proposals, the first called the County of London plan and the second the Greater London plan published in 1943 and 1944 respectively. They were dreamt up while the capital was still suffering bombing raids which had left much of the city in tatters, particularly the East End.

Much like the contemporaneous Beveridge Report, the destruction and impact of war provided planners and thinkers with an opportunity to imagine what the world might look like after the brutality of war had ended. Abercrombie, like Beveridge, expansively considered the problems that faced post war London, from poor quality housing to transport infrastructure, jobs and leisure and various other issues and attempted to devise solutions.

It also breaks the city down into several districts and in central London marks their ‘social and functional’ usages or recognised specialities. So you can see Bloomsbury is marked ‘Universities’ and South Kensington is near ‘Museums’.

Rebuilding London: a survey in Stepney

Barna was keen to get a sense of what the people impacted by the plans thought about it and he published an article called ‘Rebuilding London: A survey in Stepney’ which explained its consultative framing: “how far are the common people of London familiar with the plan? How far have their desires, preferences and whims been explored?”

He also admitted that it wasn’t an exercise in asking questions about the rights and wrongs of the plans: “Those interested had other means to voice their opinions and our resources were not sufficient, as regards time or skill, to inquire into this problem”.

The survey was carried out a year or so before the 1947 Planning Act passed which gave local authorities the responsibility for making planning decisions and thus made planning a more democratic and consultative process.

The article went on to explain the survey’s purpose, process and the results of what the students found. It seems that all that remains of it are the article, some scant materials in Barna’s papers and, of course, the lively faces you can see in the photographs. Like the plans for Stepney, which it seems were shelved, Barna’s survey remains an easily missed footnote in his work and career but, nevertheless I thought, an interesting one and an ambitious attempt to capture the voices and faces of those East Enders. 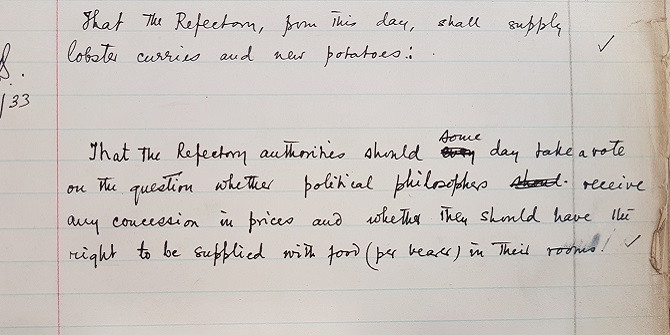 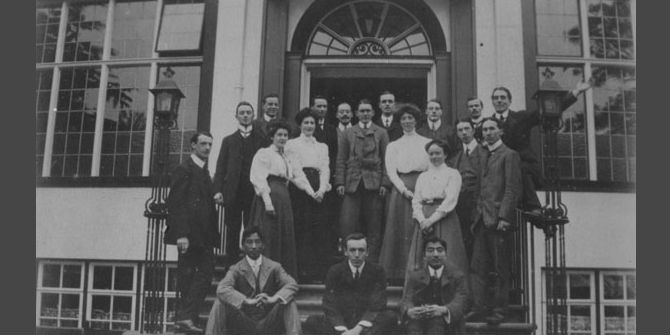