This is the first in the LSE Law Centenary series of blog posts celebrating a century since the formal beginnings of a Department of Law at LSE. The Department of Law was created in 1919, formalising a tradition of teaching law at LSE since its earliest days.

For over a century LSE has pioneered legal education and scholarship as a central part of its mission. But this was law as a practical discipline – the rules and methods by which society and economy are regulated – informed by the social sciences. LSE came to play an important role in developing the academic study of such subjects as commercial law, labour law, tax law, family law, human rights law and public law. A concern with legislation was driven by deeper theoretical and political motivations.

As Professor Sir Otto Kahn-Freund explained in a lecture in 1972, the reason for the development of new subjects at LSE was because its scholars were promoting “a conception of law as a social technique”, a process that illustrated “the unfolding of the functional treatment of the law”. Driven by an agenda that inquired into the social forces that made the law and the formative effect that law has on society, LSE scholars were more interested in normal workings than pathological instances, on the everyday rather than the aberrational, and on the general operation of public policy rather than a limited focus on judicial processes.

Law teaching began when the School was founded in 1895. It was part-time and in the evening. From 1906 it was taught on an inter-collegiate basis with UCL and King’s. Subjects LSE offered fitted with the ethos of the School and included Industrial and Commercial Law, The Law in relation to the Exchange and Distribution of Wealth, Modern Constitutions, and International Law with special reference to Africa. Subjects were taught to non-law students, and often co-taught with those from other disciplines. Among those teaching were R A Wright (later Lord Wright, a judge in the House of Lords), A V Dicey, Vinerian Professor of English Law at Oxford, and Dr L F L Oppenheim (author of International Law).

LSE’s Director from 1919, William Beveridge, recalls in his memoir his view that the School had to be one for all the social sciences, and that his “first practical inference from this lay in strengthening greatly its legal side.” The first step was the appointment in 1919 of H C Gutteridge as the first Sir Ernest Cassel Professor of Industrial and Commercial Law. Cassel was a financier and philanthropist, who had given money to the School. In 1924 Gutteridge became Dean of the Faculty of Laws in the University of London. He oversaw the changes in law at the School in the 1920s, with day-time teaching and the appointment of full-time academics, who were expected to spend their time on academic work. One of them was Henry Slesser, who taught industrial (labour) law, later to become an MP and Solicitor-General in the first Labour government.

By the 1930s, the Department of Law had four professors, two readers and four lecturers – the largest Law department in the University of London. David Hughes Parry had arrived as a lecturer in 1924 from Aberystwyth and in 1930 became the Professor of English Law, the chair he held until 1959. He became the driving force in law at the School and by the 1950s had built up a powerful department. Theo Chorley succeeded Gutteridge to the Cassel chair in 1930, and in 1937 became the founding general editor of the Modern Law Review, which remains firmly rooted in the School to this day. The Review’s manifesto, set out in the opening pages, was that while the study of the technical aspects of law remained indispensable, law could not be isolated from the contemporary social conditions in which it operated. Arnold McNair and Robert Jennings, both later presidents of the International Court of Justice, had stints teaching at the School.

The wider approach to law was evident in the subjects offered at the School in the interwar period, which were both conventional and innovative. On the one hand there was commercial law, international law, English property law, general principles of the law of contract, the law of Torts, and (combined) criminal law, legal system and constitutional law. But there was also philosophy of international law, civilisation and the growth of law and principles and practice of justice in England. Some of these were offered from other departments in the School (just as in turn the Law Department taught non-law students). From the 1920s W A Robson, the leading force behind a new area of administrative law, did this as a lecturer, reader and ultimately professor in public administration. Hersch Lauterpacht, later a judge on the International Court of Justice, was first appointed in 1927 in the International Relations Department, before later moving with his international law subjects to the Law Department.

It was from the 1950s that the Law Department really came into its own. The student body grew. In the 1920s and ’30s the numbers had rarely exceeded low double figures. By the late 1940s, there were over a hundred LLB students; by the early 1950s, one hundred and fifty (about ten percent women). The LLM, which had begun in a small way in the interwar period, started attracting greater numbers. There was the occasional doctoral student. The School’s contextual approach was consolidated. That wider approach to legal studies had benefited from the influx in the 1930s of German-Jewish jurists. Eminent among them was Otto Kahn-Freund, who began as an assistant lecturer in 1936 and spent almost thirty years at the School. He is credited with establishing labour law as a separate discipline in this country, but he also did much to promote family law as a legal subject. Although not in the Law Department, Hermann Mannheim’s appointment as a lecturer, and later reader in criminology – there was no equivalent post elsewhere in Britain at the time – provided the foundation stone for a discipline which blossomed both in the Law Department and elsewhere in the School (from 1990, in the Mannheim Centre).

Jim Gower’s inaugural lecture in 1949 as the Cassel professor was a blast against what he characterised as the comparative complacency in English legal training, but also an argument for the LSE tradition in LLB teaching – legal principles to be taught against the background of their underlying history and purposes. Gower went on to establish company law as a subject worthy of academic study in his Principles of Modern Company Law, still published today under the editorship of a later Cassel professor, Paul Davies and another former law department member, Sarah Worthington. So too with Stanley de Smith’s Judicial Review, in its seventh edition in 2016, first published in 1959 as Judicial Review of Administrative Action and based on an LSE PhD thesis. De Smith had followed (with a gap) Glanville Williams as professor of public law, although Williams was to become better known for his scholarship in criminal law and torts than in public law. De Smith’s pioneering work continued the School’s powerful tradition in public law.

By the mid ’60s the overall number of LLB students had surpassed the two hundred mark, and the number crept up in the following years. Academic members of the department built on and extended existing strengths: John Griffith in public law, Olive Stone in family law, David Johnson in international law and Toby Milsom in legal history. The School also provided firm foundations for subjects such as Bill Wedderburn’s labour law, George Wheatcroft’s taxation law and Cedric Thornberry’s human rights law. By the mid ’80s more women than men were studying the LLB at the School.

Innovation and expansion continued in the last decades of the 20th century. Always international in character, especially at postgraduate level, the student body contributed to the breadth and outlook of the department. Academically, Michael Zander placed access to justice and legal services firmly on the academic and public agenda; Bill Cornish as professor of English law built up intellectual property law and unjust enrichment; Carol Harlow (and Richard Rawlings) launched their well-known “red” and “green” light approach to the relationship of the courts and government; Trevor Hartley established popular courses in international business transactions; Rosalyn Higgins made human rights law central to the Department’s wide range of international law offerings; and Simon Roberts lead a joint degree in law and anthropology. In different ways, these new areas lent themselves to the School’s traditions of a critical, contextual and international approach. These themes of LSE law continue to the present day.

Adapted from the LSE Law website. Visit the LSE Law centenary website for an interactive timeline, short biographies of former staff and students, and more. 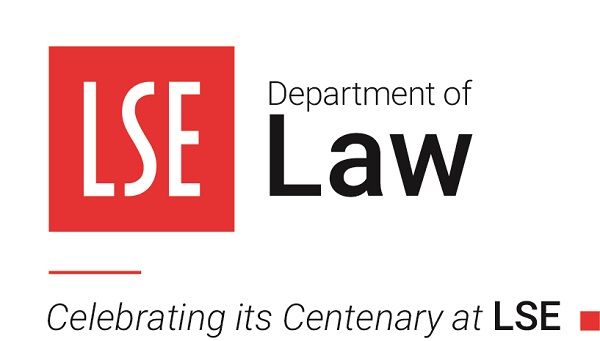