Just five days after Sadiq Khan’s election, 40 of London’s leading authorities on housing, planning and development came to an LSE London seminar to discuss what the new mayor might do to address the capital’s top priority: housing. The seminar was framed by two presentations. Kath Scanlon outlined Khan’s manifesto promises relating to housing development which can be summarised as more homes; more investment both public and private; more homes for Londoners; and more affordable homes. Tony Travers then tracked the evolution of the Mayor’s powers from a prohibition on housing expenditure at the inception of the GLA in 2000 to the transfer of HCA powers during the Coalition government, and asked whether further devolution would help meet the challenges of providing housing for a growing world city.

Nancy Holman and Christine Whitehead spoke about specific issues around the London Plan; the slow build out of large sites; local authority initiatives to help smaller builders; the potential of Housing Zones; and how to make central government initiatives, notably Starter Homes, work better in London.

The discussion then ranged widely around positive ways of supporting the new Mayor’s vision. Participants agreed that the Mayor does face challenges in maintaining– let alone expanding– investment. The market is getting more difficult: build costs are rising, and some central government policies simply do not work in London’s stressed housing market. Importantly investors are nervous of political risks affecting both the London economy and the housing market as a whole. Achieving ‘true’ affordability, too, continues to be a central concern.

A core issue is how to achieve some consensus among local authorities about the best ways forward. This does not require unanimity but rather a common purpose. It was agreed that there are considerable benefits to having a wide range of approaches to expanding provision which can complement each other. However it was suggested that the GLA usefully provide templates that could help to reduce the costs of 33 different sets of requirements. They might also support local authorities through an expert planning team. Some participants stressed that it would be more helpful if the Mayor had a flexible approach to supporting local authorities rather than a one-size-fits-all policy – eg Housing Zones work well in some LAs while others prefer other mechanisms. All welcomed the use of GLA money to seed fund new initiatives.

Concerns were raised around the capacity – and enthusiasm – of the construction industry to achieve a step change in provision. There were calls for more borough and GLA support for small sites and small builders and quite a number of participants felt that the time was ripe for expanding the use of modern methods of construction. Industry participants stressed the benefits of a tariff approach to planning obligations but at a level that made development viable across the capital. Equally there was some enthusiasm for moving further towards a zonal system which was also seen as providing greater certainty.

Most participants saw potential in a greater role for private renting. Some said that Build to Rent was proving to be an effective way of providing purpose built private rented accommodation, but others thought the model required additional support or regulatory change to be profitable. It was suggested that there could be considerable benefit in extending the student accommodation model to provide suitable rented accommodation, especially for younger households. It requires some changes in the planning system but it is a model understood by institutional financiers.

There was concern around the impact of different aspects of the Housing and Planning Act. The main issue is seen to be the Starter Home initiative; the Bill may also affect Housing Zones, requiring some renegotiation where planning permission has yet to be granted. In both contexts participants saw a role for the Mayor. He could offer some additional financial support especially for Housing Zones but most importantly could broker a London-wide Starter Home structure that would work for both Londoners and central government.

Transport was seen as key to bringing more land into use. But there was also concern that governments at all levels might try to use the ‘ taxation’ of land-value uplift to meet too many objectives – to pay for the transport itself (as well as other infrastructure), to support local government as other sources of funds decline, and to provide the affordable housing Londoners require. This is not a bottomless source of funds, and even if the money can be extracted it can only be used once.

The seminar identified several ways in which the new administration could encourage expansion of supply. Finally, it was agreed that most people (including politicians) saw growth of both population and the economy as a good thing–and therefore recognised the need to address the housing issue as quickly and consistently as possible. The new London Plan must provide an effective framework to enable such expansion, but we cannot wait for the next Plan before increasing housing investment for all. 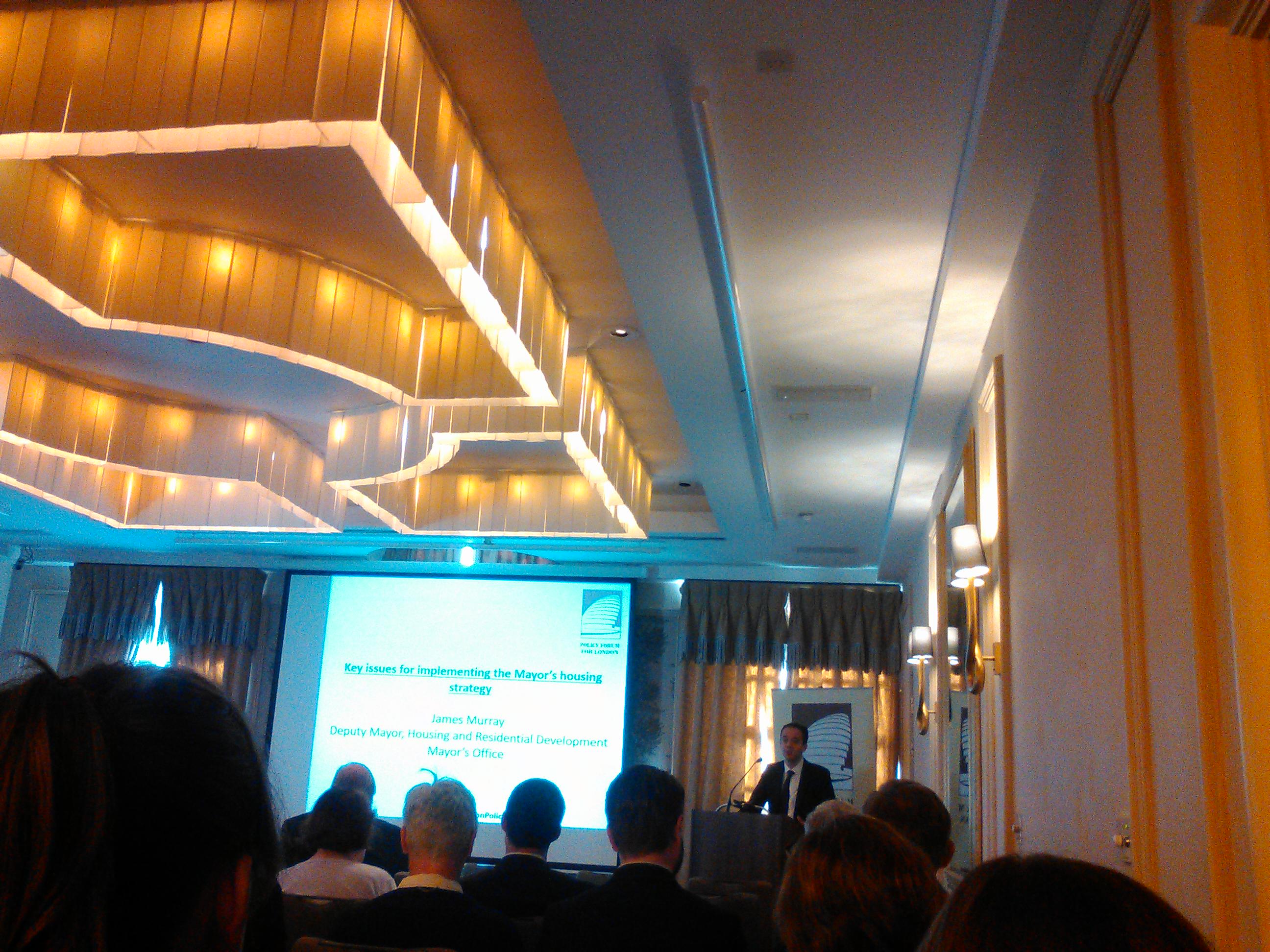 Next steps for housing in London and the South East: affordability, meeting demand and the future for social housing 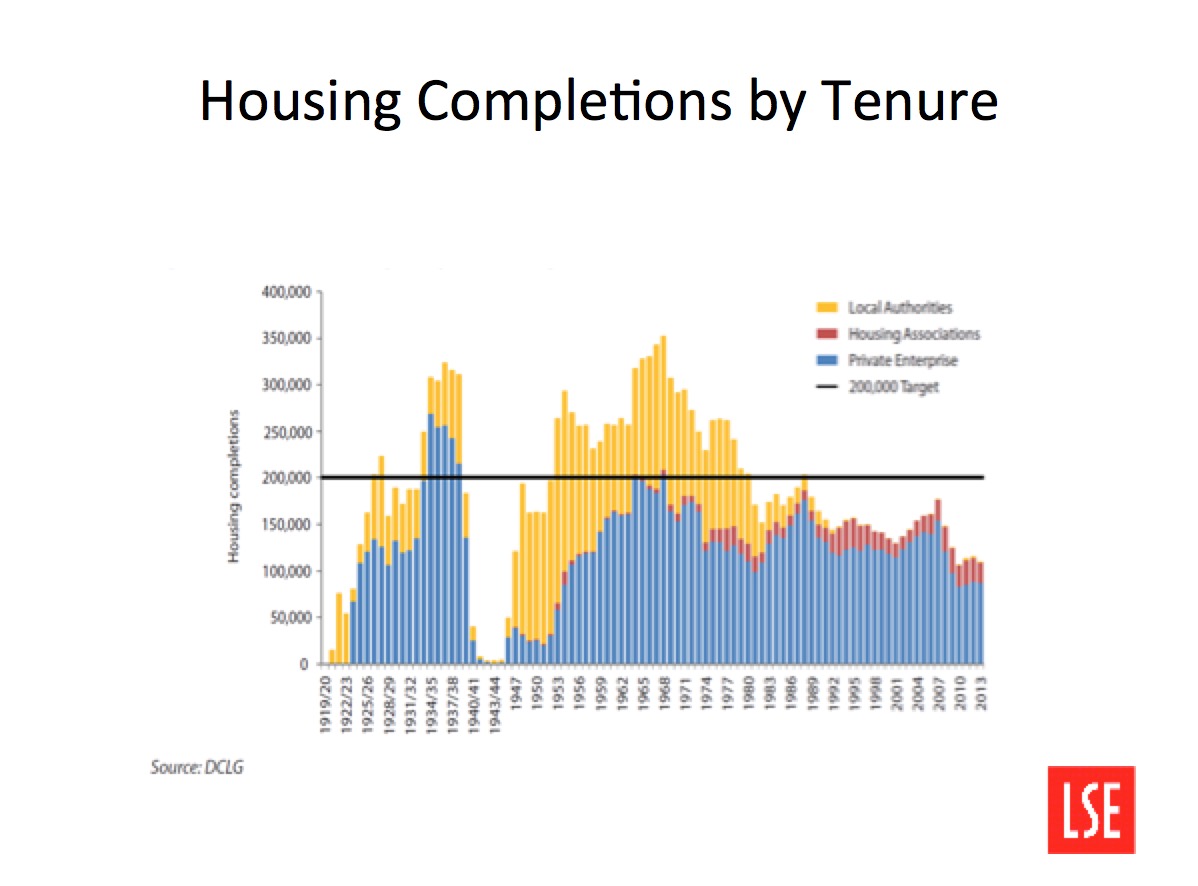 Is there a problem with the current housing market?