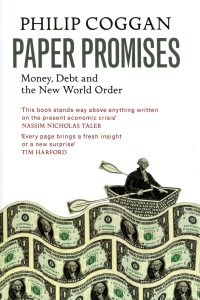 This review was first published on the LSE British Politics and Policy blog on 15th January 2012.

John Gent is a Cambridge Economics graduate of 1978 with over 30 years experience of working in financial markets in London, Geneva and New York, and is currently a first year PhD researcher in Economic History at the LSE. Before returning to academia, John worked twelve years in private banking at J.P. Morgan, where in 2000 he was chief executive of JP Morgan International Bank when he left to become one of the three founders of Lord North Street Limited, a multi-family private investment office. His research interests are the history of money, debt, the measurement of modern economic progress – and other crowd delusions.