Harry Goulbourne has written many books on race relations and ethnicity and identity. Harry talks us through his fragmented school days in South London, how his engagement in student politics drove his interest in American History, and how the work of Frantz Fanon had a big impact on how he thought about himself.

Sometimes I think it was fear of working in a factory (following members of my family, who’d moved from being Jamaican small landowners to industrial workers in England) that threw me into a life that I’d hoped would be governed by reason. At other times I’m inclined to think it was a combination of the love of myths, story-telling, and fears of the after-life and the hope of salvation offered by the ‘fire and brimstone’ kind of Christianity into which I was born that stoked a hunger for an explanation of what Sartre called ‘being and nothingness’. 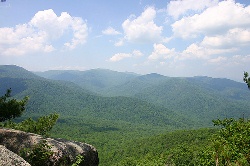 I was born and had my early years in the beautiful mountains of Clarendon, Jamaica, and enjoyed the freedom of roaming, but without prospects of realizing the dreams we children shared. Like my brothers and cousins, I suffered from the loss of kindly parents who went-off to a heavenly England, from where they sent warm clothes, money, pictures and letters. We joined them in the late 1950s and attended primary and secondary schools in south London. In Jamaica I was regarded as a brilliant pupil in English and arithmetic, but at Crawford Primary in Camberwell and Peckham Manor Comprehensive I spent many years physically defending myself in playgrounds. I’m surprised that I was not classified as ESN, as so many children of Caribbean backgrounds were. Perhaps this was because the system of education in London in those years was based on unseen examinations, and in these I often puzzled my teachers by performing well.

In the fourth year at secondary school I was introduced to Marx & Engels’ The Communist Manifesto and Orwell’s Animal Farm – one, historical overview; the other, story-telling. Both remarkably close to what I’d garnered from listening to my parents and others about vague ‘memories’ of Africa, slavery, and the struggle out of poverty by people all over the world.

But, perhaps, the long and short of how I came to be demonically possessed by a hunger to understand the human social condition arose from an early exposure to the King James’ Version of the Bible, Fox’s Book of Martyrs, John Bunyan’s Pilgrim’s Progress, the Sankey and other hymnals, and the range of African American spirituals. The hypocrisy of church leaders and the contradictions in their doctrines drove me from the age of 16 onwards to Paul Tillich’s The Foundations of our Being, Bishop Robinson of Woolwich’s Honest to God, and theological discussions with Robinson, Margareta Laski, and the then Bishop of Southwark that our head and deputy masters arranged for me. Fred Murphy (history) and Mary Hayward (Religious Studies) respectively introduced me to Tolstoy’s novels and essays, Hegel’s Philosophy of History, Thucydides’ History of the Peloponnesian Wars (in preparation for my ‘S’ Level examination) and critical analysis of biblical texts. These were to have a lasting effect on my intellectual development about theory, method, and rigorous analysis, irrespective of how they might hurt.

I went to Lancaster to read comparative religion and philosophy under the late Ninian Smart who’d also been Mary Hayward’s tutor. My intellectual evolution from a concern with matters religious to matters social was the major factor of my teen and undergraduate years, and I now know that others around me understood and helped without my direct knowledge. In these years, my reading of Ernst Trolsch’s The Teachings of Jesus, Marx and Engels’ The Economic and Philosophical Manuscripts, and particularly Feuerbach’s Christianity, pulled me towards a humanistic understanding of social being.

I am the product of a fragmented school education (strict colonial; over-liberal, borderless, post-imperial) because none of my interests (agricultural and horticultural; theological and ancient worlds) could properly be developed without a knowledge of Latin, Greek and Hebrew, and although these were offered at Lancaster, I lacked the patience by my late teens to make the necessary investment.

More importantly, an unexpected interest in politics drove me back to history, particularly American, because of the Civil Rights Movement to which one of my French teachers at school had introduced me via her Masters dissertation on Langston Hughes. Under the guidance of Michael Heale I came to absorb the work of Alexi de Tocqueville, who, in the 1830s sought to understand the social and political experiments taking place in the USA. More importantly, reading Charles Hamilton and Stokeley Carmichael’s (later Kwame Toure) Black Power, as well as Frantz Fanon’s The Wretched of the Earth and his Black Skin, White Masks – none of which were on my reading lists – suggested that I attended to the questions of who and where – as distinct from the Cartesian problematic of why/whether – I was.

In my confusion, I was very fortunate to have understanding and sympathetic tutors such as Heale and John Mackenzie, Geoffrey Holmes (history) and Harry Hopfl (sociological thought), who knowingly or not provided me with the wherewithal to reconcile intellectual (and emotional/spiritual?) interests with my academic undertakings. I passed on to the dedicated guidance of Bob Benewick and Donald Wood at Sussex, who introduced me to bodies of social science and Caribbean history and literature of which I’d been entirely ignorant, and what I felt at the time I would not have had at Cambridge, where I was to go.

I’m not now allowed to chronicle why I’ve come to retreat early from academia, and at a point when I was poised to write what I hoped would be my most important work.  However, I have an abiding interest in the historical novel, a genre to which I hope to contribute. In the meanwhile, two academic works that I’ve been impressed with in the last five years – and which relate to on-going academic and creative writings about transnational families, post-imperial Britain, and empire – are Barbara Arniel’s Diverse Communities and Anne Spry Rush’s Bonds of Empire. For the first time I’m late in submitting a work – The Making of Post-Imperial British Society and State (Cambridge University Press), but I would appreciate conversations around this subject.

Harry Goulbourne took early retirement as Professor of Sociology, at London South Bank University where he is now honorary professor as well as visiting professor of sociology, University of Leeds. At Lancaster he read modern history and political theory (1971) and after a year teaching at his secondary school in Peckham, South London, went to Sussex for his DPhil in comparative politics (1972-75) on an ssrc major award. He taught politics at the university of Dar es Salaam, Tanzania (1975-80) and at the University of the West Indies, Jamaica, (1980-84), before becoming principal researcher at the University of Warwick. He joined LSBU in 1998. He has written extensively on political development, ideology, ethnicity and nationalism, families and social capital, focusing on Britain, East Africa, and the Caribbean. Of his several books, many in Britain regard his Ethnicity and Nationalism in Post-imperial Britain as his most influential.