Imani Perry is a distinguished scholar of law, literature, and American culture and history who has written extensively on racial inequality. Imani shares her early interest in African American politics and social justice movements, tells how Shakespeare drove her interest in inequality, and discusses her passion for the photography of Roy DeCarava.

My mother recently reminded me that when I was 7 years old I announced to her that I wanted to read “all the books about famous Black people.” I suppose that was the first inkling that I was going to find my way to teaching in African American studies. 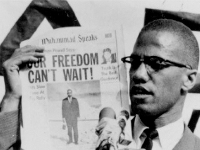 It was 1979, and I was witnessing the shift from the Black power era in which I had been taught to raise my right fist and say “all power to the people”, to a growing backlash against all the social justice movements of the 60s and 70s. This shift appeared in subtle and not so subtle ways. After summer vacation, I entered second grade to find “Disco sucks” scrawled all over the bathroom stalls at my predominantly white private school (striking a bit of fear in my heart as a small black girl who loved Donna Summer and Sylvester.) That November, Reagan announced his candidacy for president, and promised to take back America in the town where three civil rights workers, Goodman Schwerner, and Chaney, had been murdered. Even a child could see the issue of race was being intensely battled over in U.S. society.

When I was 9 years old and in the 4th grade I read Richard Wright’s Black Boy and Shakespeare’s The Tempest. One real, one fantastical, both raised questions for me that I keep pursuing, about inequality, constraints, and difference, but also about the transformative powers of the intellect and the imagination. In high school it was Toni Morrison’s Sula and Virginia Woolf’s A Room of One’s Own. In college it was Patricia Hill Collins Black Feminist Thought and Antonio Gramsci’s Prison Notebooks. And of course there were many other texts and experiences that contributed to my development as an interdisciplinary scholar. I was a “math-lete” as a kid, and even that shaped me, because I look for mathematical patterns and structures when I think about race and racialization, and also when I contemplate the aesthetics of music and literature. I think being an intellectual is not simply about reading many books, it is a diligent seeking and creative resourcefulness in how one engages with the world.

I find Whitewashing Race: The Myth of a Color Blind Society by Michael K. Brown to be a critically important book, and it inspired my own book: More Beautiful and More Terrible: The Embrace and Transcendence of Racial Inequality in the United States. Whitewashing Race is a collaborative social science project that provides a compelling and detailed account of the persistence of racial inequality in the U.S. It continues to be a must-read. I also find two works of fiction – Amitav Ghosh’s Sea of Poppies and Toni Morrison’s A Mercy – to be really important vehicles for thinking about the creation of “race” amidst transnational and transregional flows in the age of empire, slavery, and colonization. They both are filled with textured and evocative encounters between people battered down by the manipulations of capital, culture, and exploitation, and confronted with the uncertainty of finding selves in new places. For me, these books have a human sensitivity that is often lacking when we talk about race and power.

I am an unabashedly promiscuous reader. Over the past several months I’ve read works by Pablo Neruda, Jose Saramago, Milan Kundera, Orhan Pamuk, James Baldwin, and Edward Said. I like a lot of Asian and Asian American fiction: Jhumpa Lahiri, Lisa See, and Kiran and Anita Desai, as well as Latin American and Latino writers such as Julia Alvarez, Gabriel Garcia Marquez, Junot Diaz. I’m drawn to books that raise big human questions, but in a specific cultural context, and are fully rooted in the quotidian muck of life. I fall in love with the ones that have scenes and sentences that take my breath away. Toni Morrison, Gwendolyn Brooks and the Brontes cycle in and out.

When I was in Japan a couple of years ago I read a bunch of Haruki Murakami novels, basically one each night. The unencumbered grace and humorous melancholy of his prose provided an exquisite companion to the aesthetics of space and ritual there. Likewise, when I went to Salvador, Brazil, I read Jorge Amado. The lushness and layering of Amado’s literary style, made me more sensitive to the complexity, heteroglossia, and spirituality of Bahian culture.  Although I am an Americanist scholar, I don’t have a clear distinction between my pleasure reading which is very international and my “work” reading. I use everything that I encounter as part of the ideas I try to cultivate on the page.

I also love fine art coffee table books, and I’m especially taken with the paintings and collage of Wangechi Mutu, Iona Rozeal Brown, Whitfield Lovell, and Radcliffe Bailey. The way they deal with history, and representation, and serve as bricoleurs of identity, is so inspiring. My favorite photographer is Roy DeCarava and looking at his images of early 20th century Black communities always move me. I go back to them repeatedly.

Most recently, I’ve started reading the work of French novelist and playwright, Marie Ndiaye, which I find smart, incisive and wry. And because I come out of a cultural studies tradition, I “read” things other than books. So I’ve been thinking a lot about the resurgence of Jazz as a popular music form through the work of musicians such as Robert Glasper and Esperanza Spalding. My favorite television show right now is a U.S. copy of a U.K. show Shameless, which is so sharp in it’s depiction of white poverty (something that is almost never discussed in the U.S.) and addiction, and how struggling people “make do.” It is both tragic and hilarious. Like much of life, right?

Imani Perry is a Professor at the Center for African American Studies at Princeton University. Imani is an interdisciplinary scholar who studies race and African American culture using the tools provided by various disciplines including: law, literary and cultural studies, music, and the social sciences. She has published numerous articles in the areas of law, cultural studies, and African American studies, many of which are available for download at: imaniperry.typepad.com. She also wrote the notes and introduction to the Barnes and Nobles Classics edition of the Narrative of Sojourner Truth. Professor Perry teaches interdisciplinary courses that train students to use multiple methodologies to investigate African American experience and culture. You can find her on Twitter @imaniperry. 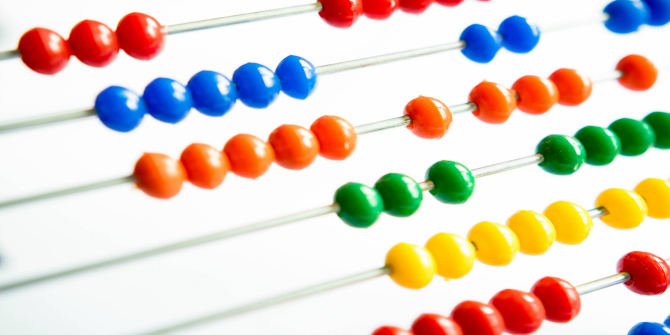