Joseph Nye’s theories on ‘soft’ and ‘smart’ power need no introduction in the field of international relations, with Nye having established himself as a leading thinker through his pioneering liberal institutional approach. In The Future of Power he attempts to address the evolving notion of  power in a new world of non-state actors and emerging economies. Iwan Morgan believes Nye is at times more thought-provoking than persuasive, but the book is full of insightful analysis that any scholar interested in world affairs will find of great interest.

Joseph Nye has established himself as one of the foremost thinkers on international relations, and his name is (and likely always will be) associated in particular with his meditations on the benefits and applications of power in its three incarnations: ‘hard’ – the influence obtained through the use of military and/or economic coercion; ‘soft’ – the ability to attract and co-opt rather than coerce; and ‘smart’ – a combination of hard power and soft power strategies. This book brings together his thinking about the future of these varieties of power. Though not explicitly focused on a single country or era, the book is implicitly an examination of America’s future power and whether it can sustain itself as global leader over the course of the twenty-first century.

It should be said at the outset that this reviewer considers the study a real tour-de-force that achieves a near perfect balance between wisdom, accessibility, and brevity. It is packed full of insightful analysis that compels the reader to reflect on – if not necessarily agree with – the thrust of the argument and the evidence deployed in its support. It is a book that any scholar interested in the United States and in world affairs will want to read. It is also a book that academics can confidently recommend to students, both undergraduate and postgraduate, safe in the knowledge that it is both erudite and a good read.

Nye organizes his material into seven chapters, covering power in global affairs, military power, economic power, soft power, diffusion and cyberpower, the question of U.S. decline, and smart power. The chapter on the new power implications of cyberpower bears testimony that Nye is very much aware of how technological change will reshape twenty-first century international affairs, but he is also realistic about its limitations. As he shows, the characteristics of cyberspace reduce some of the power differential among actors, thereby encouraging the difficusion of twenty-first century power because the largest powers cannot dominate this domain as they can sea and air.

However, diffusion means neither the equality of power nor the pre-eminence of non-state actors. Governments have too much power at stake in the development of this technology not to seek to utilize the resources at their disposal to maximize their influence over it. On the vexed issue of possible cyberwar, Nye is reassuring in arguing that deterrence can exist – even if not in the form understood in the nuclear era – because offensive capabilities exist for immediate response. On the use of terrorist use of cyberattacks, he sees the possibility of striking a better balance between ease of use and security as the best safeguard.

For this reviewer, Nye was sometimes more thought-provoking than persuasive – but that is hardly to be lamented. He recognizes that “a robust and growing economy provides the basis for all instruments of power.” However he appears too sanguine that the United States can sustain its economic power not only in the face of China’s rise but also in terms of structural weaknesses in its own economy. While China will overtake it as the world’s leading economy around 2018, according to latest estimates, there is perhaps no great need for the US to fear that will quickly translate into its own actual decline, because per capita income in China is so much smaller than in the US and it will take years for China to buy the military hardware to turn it into a military superpower comparable to the US.

On the other hand, Nye ignores the problems inherent in America’s growing dependence on finance and private debt to power its economy and the corollary decline of manufacturing. As a consequence it is: (1) excessively dependent on foreign borrowing (the ‘sticky power’ contra-argument that creditors will have to keep it afloat ignores the reality that things which can’t go on forever tend not to); (2) vulnerable to massive financial crises (the US has experienced three since 1980 – in 1987, 2001, and 2007-08, compared with none from 1933 to 1980); and an increasingly unequal society in income terms with the attendant danger of social dislocation (in 1976 the richest 1 percent of families received 9 percent of pre-tax income, in 2007 its share was 24 percent – with the top 0.1 percent getting 12 percent).

On a related issue pertaining to power transition, the United States is – as Lawrence Summers once observed – unique as a great power in its dependence on borrowing, particularly from the fast-rising number-two power. Without dwelling too much on whether the PRC can afford to fly from the dollar because of its need to maintain access to the giant American market, there will come a point in the third decade of the twenty-first century that America’s public debt as currently projected will become unsustainable (upward of 180 percent GDP and rising far higher by mid century). In these circumstances the US will likely only be able to fund its borrowing through operating huge interest rates for Treasury bonds, with knock-on consequences that will flatten its economy and undermine prosperity. A fiscal course correction is required sooner rather than later to avoid this – but not so soon that it wrecks the current economic recovery. If America’s political leaders were rational actors, they would adopt a solution that constrains entitlement spending growth, raises income taxes on progressive principles, maintains sufficient funds for defence and public investment programmes like education, and operates PAY-Go rules that new fiscal additions have to be funded by subtractions elsewhere in the budget. To date, however, rationality has been in short supply in an increasingly polarized polity. One wants to believe that the United States will get it right in time – but if political deadlock continues much longer, all bets are off.

Such carping aside, this is still an excellent and essential study, crammed full of ideas – both persuasive and provocative. The final chapter offers a vision of smart power – defined as “the intelligent integration and networking of diplomacy, defense, development, and other tools of so-called ‘hard and soft power,’” that Nye believes can serve as a model not only for America but many other countries. If there is to be a new administration in Washington DC in January 2013, it is to be hoped that The Future of Power is on the top of the new president’s must-read list. 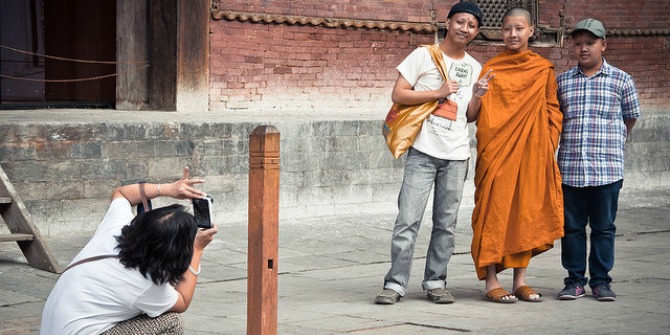