Introducing social policy as a broadly conceived study of human wellbeing, Hartley Dean’s revised and updated Social Policy examines the ways in which governments and peoples throughout the world attend to, promote, neglect or even undermine the things that make life worth living. Reviewer Jennifer Miller thinks Dean’s book is distinguished by its strong multidisciplinary and theoretical orientation. Hartley Dean, Professor of Social Policy at The London School of Economics, has updated his text Social Policy as part of the”Short Introductions” series. Dean’s accessible introduction to the discipline is especially valuable now as the global financial crisis has prompted widespread reconsideration of the social contract, evidenced by such events as the Arab Spring, the emergence of the Tea Party in the US, student protests in the UK, and the Occupy movement. Although the book emphasises enduring theoretical concepts, the topic of social policy merits an update because, as Dean observes, “the object of study is perpetually on the move”.

Dean takes as his subject ‘social policy’ as well as the academic study of the many ‘social policies’ that govern aspects of human well-being including health, education, and income security. Unlike many introductory policy texts, the book largely forgoes a problem-centered approach and devotes only the fourth chapter to specific policy areas, focusing instead on theories and overarching issues. Dean’s approach is broadly interdisciplinary, with specific emphasis on sociology, economics, and political science but also ranging more broadly into history, psychology, geography, and more. Dean provides an apt analogy for his field’s multidisciplinarity — he describes social policy as a “magpie”, not a butterfly, which applies a ruthless pragmatism to real-world problems.

In the concluding chapter, Dean argues that the most likely future of social policies is one of continued muddled compromises attempting to avoid overreach by both markets and the state. However, he also suggests that this is not an inevitable course, holding out the possibility of a bottom-up “politics of need” in which wellbeing is redefined from risk-management to needs fulfillment. In this scenario, framed in terms of an ethic of care rather than justice, recognition of the needs of marginalised groups and the negotiated collective responsibility for individual needs both take center stage in the policy-making process.

In some cases, Dean’s perpetually moving subject seems to have taken a leap after the book went to press. At one point Dean observes that the concept of class has fallen out of favour. Over the past year, references to ‘the 1%’ and ‘the 99%’ have been near-inescapable in the US, reflecting an uncharacteristically high level of class consciousness. Dean also suggests that the threat to society from an aging population may be overstated. This is a provocative statement at a time of soaring youth unemployment worldwide and a resurgent student protest movement. However, the book does take a step back from the fire of the current debates and this can certainly be seen as one of the book’s strengths, since Dean allows for a thoughtful, balanced consideration of the issues.

The book touches rather lightly on economic concepts in the fifth chapter, “Who Gets What?”, a result of Dean’s grounding of Social Policy in human wellbeing rather than applied economics. Still, the book establishes the key idea of resource allocation as an economic foundation of social policy. I was surprised to find no discussion of Rawls’ Theory of Justice or Nozick’s response. Economists and economic liberals may find it unconvincing that Dean attributes the failure of planned economies to informational issues without also acknowledging the role of perverse incentives.

As a short introduction, the book must make difficult choices about what to leave out. One area that could perhaps have benefitted from more coverage is the discussion of challenges in federal systems which provide fertile ground for social policy studies. For example, in the US states’ plans to reject millions in federal Medicaid funding for their neediest residents reflect the divergent views of states and highlight the questions surrounding the role of government in society.

Dean’s choice to frame social policy in terms of human wellbeing, motivated by a desire to engage students, was largely successful. However, by writing a book that foregoes many examples rooted in a specific context, he limits his freedom to employ the power of narrative and to convey passion for the subject, one of his stated aims for the book.

The book offers a good overview of the field for any interested reader and could serve graduate students and researchers in other fields well as an introduction to the subject. In this way, it seems ideal for an undergraduate course.

Dean has chosen to keep the book accessible and fluid by avoiding textbook conventions like discussion questions. Additional student and instructor guides, if made available for academic use, could strengthen the book’s usefulness in the classroom. In comparison to two other books with a similar aim, The Short Guide to Social Policy by John Hudson and colleagues and What is Social Policy: Understanding the Welfare State by Daniel Béland, Dean’s Social Policy distinguishes itself for its strong multidisciplinary and theoretical orientation.

Jennifer Miller received her doctorate in public policy from the University of North Carolina at Chapel Hill in May 2012. Her research interests focus on the scientific workforce. She has also written about collaboration among universities, industry, and government in university research centers. In fall 2012 she will be a Teaching Postdoctoral Scholar at North Carolina State University’s School of Public and International Affairs. Following that, in 2013 she will take a position as a Teaching Assistant Professor at the University of Southern California’s Sol Price School of Public Policy. Before pursuing her doctorate, she worked for IBM in human resources. Read more reviews by Jennifer.

Posted In: Britain and Ireland | Health and Wellbeing | Politics 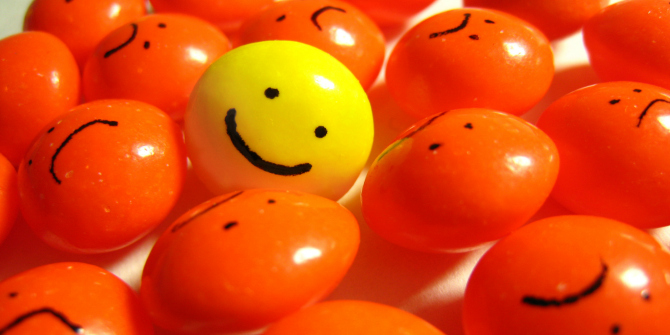