Book Review: The Power of Ideology: From the Roman Empire to Al-Qaeda by Alex Roberto Hybel

Book Review: The Power of Ideology: From the Roman Empire to Al-Qaeda by Alex Roberto Hybel

Since the Roman Empire, leaders have used ideology to organize the masses and instil amongst them a common consciousness, and equally to conquer, assimilate, or repel alternative ideologies. Ideology has been used to help create, safeguard, expand, or tear down political communities, states, empires, and regional or world systems. The Power of Ideology explores the multiple effects that competing ideologies have had on the world system for the past 1,700 years, covering Christianity, Islam, secularism, liberalism, communism, fascism and Nazism. Ioannis Papagaryfallou finds that Hybel offers a balanced and well- informed book, firmly embedded in history.

The Power of Ideology: From the Roman Empire to Al-Qaeda. Alex Roberto Hybel. Routledge.

In The Power of Ideology, American academic Alex Roberto Hybel aims to illustrate the ways in which ideology has functioned as a force within the framework of the international system, and conditioned its development from the Roman Empire to the post-Cold War period. Hybel’s point of departure is not so much Political Theory but rather international relations theory in its Constructivist version.

Although Realists, Neorealists, and orthodox Marxists describe the development of the international system in terms of force and the distribution of material capabilities, Hybel argues that international actors actually aspire to impose their ideological norms upon the world system. Ideology is not just used in order to justify political action a posteriori but it also makes certain political choices appear far more plausible than others in the eyes of the actors concerned. The book covers a relatively huge historical period, it manages to substantiate the author’s main claim regarding the power of ideology. It is also worth emphasizing that Hybel does not adopt an exclusively Western point of view but shows particular sensitivity towards the value systems of non-European, and especially Asian, actors.

As far as it concerns the late antiquity and the Middle Ages, Hybel analyses the role of Christianity, Islam, and Confucianism. Christianity began its career as a religion of the oppressed, but it was soon rehabilitated by Emperor Constantine who used it for his own practical political purposes. Islam had from the very first a political dimension since, according to the Prophet Muhammad, the head of the Muslim community was supposed to make important decisions regarding war and peace and also to collect taxes. Of special interest is Hybel’s evaluation of the role of Confucianism in the world system and his claim that it exercised a restraining hand upon Chinese foreign policy during a crucial historical period. Confucianism’s appeal to an idealised feudal past and distrust towards trade with distant lands was one of main factors behind China’s decision to stop its maritime voyages in the 1430s and 1440s and in this way to enable Europeans to dominate the world system.

Hybel moves us forward through time to the twentieth century, which witnessed the clash between Enlightenment ideologies such as liberalism and socialism, and anti-Enlightenment ones such as Italian Fascism and German Nazism. All these ideologies played an important role in determining the actions of the states inspired by them, and in generating conceptions of enmity or friendship within the international system. The fascist glorification of war helps one to explain Mussolini’s decision to invade Ethiopia, and Hitler revised radically the traditional German foreign policy on ideological grounds. Leninist arguments regarding the relationship between capitalism and imperialism played their own role in convincing Soviet leaders that any modus vivendi between America and the Soviet Union would necessarily be fragile and moribund.

Although Hybel describes with clarity the motivation and ideas of totalitarian leaders, his account of liberal-democratic ideology is much less satisfying. The identification of American liberalism with negative freedom does not do justice to the complex thinking of politicians such as Woodrow Wilson or to the social-democratic compromise historically achieved between capital and labour in Western Europe.

According to Hybel, the end of the Cold War did not lead to the lessening of ideological conflict but to a resurgence of nationalism and religion as forces in world politics. Radical Islam and Latin American populism express their dissatisfaction with the cultural and economic content of the Washington consensus and make the claim that a different world is possible. Since Hybel adopts a constructivist point of view, he claims that the material advantages enjoyed by the United States and its allies within the world system, do not guarantee their ability to meet the challenges that the end of the Cold War has generated. Throughout history, minorities with limited material resources have managed to influence social development through their commitment to a cause and willingness to withstand costs. But by presenting radical Islam and certain Latin American leaders as the only opposition to the United States, Hybel fails to assess the potential  of the European Union as an actor in world politics and the consequences of the Chinese combination of capitalist economics and authoritarian politics for the future of the international system as a whole.

All in all, Hybel offers a balanced and well- informed book, firmly embedded in history. The main objection that could be raised to his approach is that by adopting a wide and neutral definition of ideology, he fails to do justice to the specificity of the ideological phenomena he discusses, and to distinguish between negative and positive forms of ideology. Indeed, despite the writer’s declared constructivist sympathies, the book is marked by scepticism towards ideologies which, with notable exceptions, tend to augment and not limit the exercise of power within the world system. 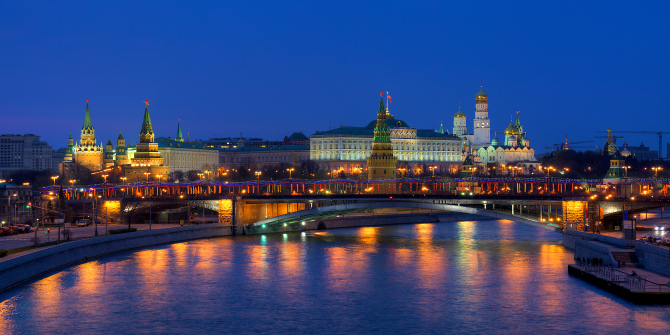