Heterosexuality is celebrated – in film and television, in pop songs and opera, in literature and on greeting cards – and at the same time it is taken for granted. It is the cultural and sexual norm by default. And yet, as Louis-Georges Tin shows in The Invention of Heterosexual Culture, in pre-modern Europe heterosexuality was perceived as an alternative culture. The practice of heterosexuality may have been standard, but the symbolic primacy of the heterosexual couple was not. Sarah Burton commends the author for his strong and methodologically original addition to the field of sexuality studies.

Louis-George Tin begins his book by making the bold claim that to truly grasp the nature of heterosexuality requires ‘nothing less than an epistemological revolution’ (xi). The Invention of Heterosexual Culture thus explores ‘when, how and why our society began to celebrate the heterosexual couple’ (xi). Through a focus on various historical oppositions to heterosexuality – chivalric, ecclesiastical and medical – Tin provides a close reading of literature to explore the social and cultural shifts that altered the place of heterosexual culture in Western society, from initial concealment to growing supremacy. Setting out from a perspective which claims heterosexuality as a ‘blind spot’ which being ‘assumed to be ever-present as a matter of course and has escaped analysis as if transparent to itself’ (vii) and tracking cultural changes from the medieval period to the twentieth century, Tin seeks to negotiate why and how heterosexuality moved from a mere also-ran to the dominant mode of sexual behaviour.

Tin begins from a convincing theoretical position – there is certainly far less scholarship exploring heterosexuality than the pantheon of queer sexuality that is taken to be the ‘other’ and, the historical perspective provides a much needed addition to the field.

Tin begins by exploring the chivalric opposition to heterosexuality – that is the resistance and reluctance of feudal society to privilege female-male sexual love above male-male homosocial love as the ordering system of the culture. Asserting that the original feudal culture pre-twelfth century was ‘removed from that of womankind’ (p. 2) Tin explores the phenomenon of male-male love in early medieval poetry such as Le Chanson de Roland and reflects on the manner in which – retrospectively – poetry has been taught and consumed in such a way to over-emphasize opposite sex relationships (p. 6). Throughout the section Tin draws distinction between homosexuality (as constituting a physical act) and homosociality, which he claims – via the intimate friendships formed by knights of the court – dominated medieval society as the principal form and understanding of the concept of love. Acknowledging that in terms of marriage and sexual behaviour opposite sex relationships were still the norm at this time, Tin’s real argument seems to be about the conception of love in Western society and how that is experienced and presented, rather than the actual sexual relationships and behaviour taking place. Indeed, Tin makes some curious claims regarding the position of women in the culture of courtly love which superseded the homosocial feudal society, writing that it featured ‘essentially asymmetric relationships where the female was the dominant figure’ (p. 15) and frames the shift from the ascendancy of homosocial knight-lead love to heterosexual love as pivoting on the confrontation between a new female-controlled world and the original male dominated order. Of course, the courtly love tradition did place women in authority regarding love and sex, but Tin appears to forget that it was men writing the love poems of the age and disregards the deeply precarious nature of female power.

Section Two opens with Tin identifying a ‘crisis of gender’ ensuing from the emerging heterosexual culture as a result of the ‘intrusion of femininity into feudal society’ (p. 51). He focuses in this section on the changing relationship between the Church and heterosexual relations. Bringing to the fore the medieval Church’s position as based on a virgin birth and celibate child and disciples who were encouraged to leave their wives, Tin asserts that ‘the notion of man-woman relationships was a priori incompatible with Christian experience’ (p. 53). In doing so Tin again opens questions of what it actually is that feudalism, the church and the medical establishment were opposed to: opposite sex relationships and love or opposite sex sexual practices? Tin’s focus throughout is on the relationship/love angle and he pays curiously little attention to sex drives or desires. Recognizing that ‘[p]rofane heterosexual love was…tolerated on the assumption that it was chaste (that is, conjugal)’ (p. 71) seems to demonstrate that it was not in fact the opposite sex nature of love that the Church opposed but rather the lustful, carnal aspect. Given that, by this point, sodomy was also a capital offense (p. 27), it could be argued that –counter to Tin’s presentation – the opposition formed by Church, state and science was to sex, in all its forms, and not to heterosexual culture.

The final section details the opposition from medicine to the ‘cult of heterosexual love’ (p. 113) with Tin basing his argument on contemporary evidence showing the medical profession’s position that ‘undue preoccupation with love and passion were a sociopathological condition’ (p. 113). Tin examines closely the physical conditions that were thought to result from falling in love (including one’s blood boiling) and follows this by scrutinizing the concepts of erotic melancholy and feminine hysteria. In doing so the book begins to repeat current scholarship but the connection Tin provides between medical arguments for treating hysteria with orgasm and the contemporary love poetry written delivers a novel twist to well-worn ground. Ending with the claim that heterosexuality is a performed identity that constrains those who fall under it as much as those who lie outside, Tin posits the notion that heterosexual culture may be under threat ‘in and of itself as a hegemonic system’ (p. 152). He links this to advances in reproductive technologies and prevalence of non-reproductive sex practices and concludes that as the gap widens between heterosexual sex and reproduction, the dominance of heterosexual culture may well decline.

Louis-George Tin has produced a comprehensive social history of the negotiation of gender relationships since the twelfth century. The analysis occasionally suffers from elision between social and sexual behaviour and could sometimes be more precise in its language. Equally the author focuses exclusively on the gentry class of Western society and very often on French literature in particular, prompting questions of how representative his analysis is of regular sexual behaviour. However the task at hand is huge and Tin is to be commended for his strong and methodologically original addition to the field of sexuality studies.

Posted In: Art, Lit and Film | Gender and Sexuality | History 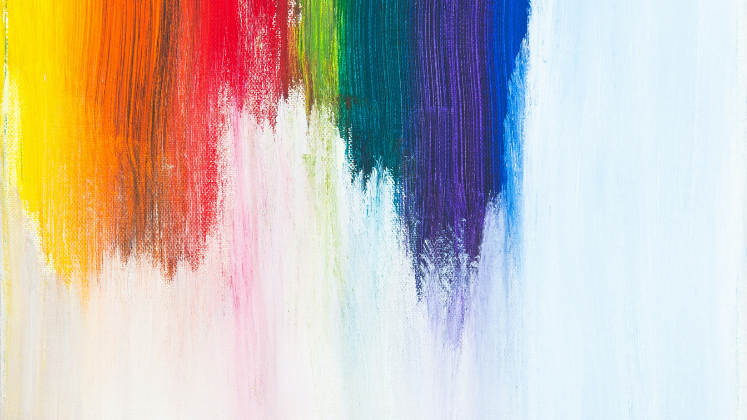