There is nowhere else in the world quite like Chungking Mansions, a dilapidated seventeen-storey commercial and residential structure in the heart of Hong Kong, home to Pakistani phone stall operators, Chinese guesthouse workers, backpacking tourists, Nepalese heroin addicts, Indonesian sex workers – possibly the most globalized spot on the planet. Gordon Mathews shows us that Chungking Mansions is emblematic of the way globalization actually works for most of the world’s people. Hyun Bang Shin finds Ghetto at the Center of the World to be a fascinating peek into the future of life on our shrinking planet. In recent decades, we increasingly hear about cities striving to capture increasingly mobile capital and international visitors, and to become global or world-class cities. Academics such as John Friedmann, Saskia Sassen, Peter Taylor and so on have also long been discussing the rise of a handful number of cities as global/world cities, their interconnectedness, and the impact of their interconnectedness on the world economy. Discussions have evolved around the issue of identifying what makes world-class or global cities. For the global city discourse, it has been the uneven shares of finance and business services and corporate headquarters that made cities such as New York, London and Tokyo at the apex of the global city hierarchy. Similarly, the literature on world cities positions cities in the hierarchy of cities network on the basis of how cities have come to possess capacity to generate knowledge flows. This capacity is measured by the extent to which each city sees the presence of globalised service firms in key sectors such as finance, management consultancy, accountancy and so on.

While these approaches allow us to see how cities as strategic sites of capital accumulation and knowledge production emerge as key players in the global economy, they may pose two problems. First, the focus on international ‘big’ players such as multinational firms and professionals draw our attention away from those who are moving in the shadow of these ‘big’ players. Second, as Jennifer Robinson emphatically emphasises in her book Ordinary Cities, a number of cities in the Global South in particular are dropped ‘off the map’, resulting in our skewed understanding of how cities grow and mature on the basis of our observation of cities mostly in the Global North. In this process, cities that do not conform to the growth model of cities in the developed North are often treated as unique or extraordinary.

Gordon Mathews’ book Ghetto at the Center of the World: Chungking Mansions, Hong Kong aims to address the above two problems, and the author does this effectively and persuasively by making extensive use of his years-long ethnography centred on Chungking Mansions. The building, built nearly half a century ago, is located in the heart of Hong Kong’s bustling commercial district, Tsim Sha Tsui on the peninsular, and to Matthews, is a locus of globalisation that is played out “on a human-to-human scale” in its own right (p.19). Through the ethnography of Chungking Mansions, Mathews tellingly reports the life of traders from sub-Saharan Africa, of Chinese shop owners and their South Asian managers, temporary workers, asylum seekers, domestic helpers and so on, all of whom are drawn to Chungking Mansions from various parts of the world (though predominantly from sub-Saharan Africa and South and Southeast Asia), producing their own experience of globalisation. The attention to the traders and workers from Africa and Asia and the examination of their life stories place their home countries back on the globalisation map. This is further supported by Mathews’ attempt at the ethnography of multiple sites, tracing the life of these traders and workers as experienced in their origin cities.

Mathews points out that the interaction among the users and occupants of Chungking Mansions often involves extra-legality due to the nature of goods subject to transaction (China-made copies of European or Japanese mobile phones for example) as well as the nature of employment (notably the recruitment of South Asian visitors on tourist visas or asylum seekers, who cannot legally work in Hong Kong). In this regard, for Mathews, their own experience of globalisation represents the “low-end globalization as the transnational flow of people and goods involving relatively small amounts of capital and informal, sometimes semilegal or illegal, transactions commonly associated with ‘the developing world’” (pp.19-20). While the building’s physical deterioration that is visible from outside may strengthen the building’s image of ghetto, for Matthews, it is “a ghetto in the sense that the minority groups who stay there (all but the whites and Hong Kong Chinese) are to at least some extent economically blocked from Hong Kong as a whole and are socially discriminated against through racism or fear of the developing-world unknown” (p.15). But, the occupants and passers-by of this ghetto are unusual sorts of people in that they “are remarkably bourgeois in their outlooks on life. They represent the striving middle class of the developing world in South Asia and Africa” (p.16).

The book as a whole is divided into five chapters. In Chapter 1, Mathews discusses the making of the place, presenting an overview of Chungking Mansions including its historical background and a summary of main occupants and users. The chapter also examines how Chungking Mansions has come about, helped by the cheap labour of temporary and illegal workers, Hong Kong’s loose border entry requirements, and by the rise of China as the world factory, luring petite merchants from the developing world.

To me, the main highlight is Chapter 2 on people. These include traders from sub-Saharan Africa, looking for garments and electronic goods, many of whom purchase as much as they can squeeze in their check-in luggages. The chapter also includes vivid stories of shop owners, most of whom came from Shanghai or Fujian province in the 1970s and the 1980s, and who are more or less invisible with not much physical presence in the building, as they hire South Asian managers who take care day-to-day trading businesses. Their businesses benefit heavily from the input of temporary workers as “the backbone of the Chungking Mansions labour force” (p.74), and their cheap labour is apparently a major factor that keeps shops in Chungking Mansions afloat. Cheap labour is also provided by asylum seekers who work illegally while waiting for their asylum applications to be processed by the UNHCR Hong Kong office or the Hong Kong government itself. The chapter also includes the life of domestic Filipino and Indonesian helpers who work in the numerous hostels on their day off for extra cash, and the life of sex workers and heroin addicts whose numbers are marginal but nevertheless constitute the social life of Chungking Mansions.

Chapter 3 is on goods that are being traded between ‘global’ merchants and shops at Chungking Mansions. Mobile phones and garments are the two main items that are being traded mostly through Chungking Mansions, while produced in mainland China across the border. Copies of brand-name goods or original but out-of-season warehoused goods get traded mostly in small scales for the merchants to carry them in their check-in luggages. As Mathews state, “All in all, what we see in Chungking Mansions are the castoffs or copies of developed-world prosperity sold to the developing world” (p.111).

Chapter 4 is on laws. Particular attention is paid to asylum seekers because their number is high, and also “they are those who are most obviously trapped by the law – trapped between states and generally unable to get out” (p.169). This is where the book gets a little bit repetitive, as previous chapters (especially Chapter 1 and Chapter 2) have drawn the readers’ attention to the legal aspects of trading and employment. Nevertheless, the chapter presents more extended narratives of asylum seekers in particular, which itself deserves some credits.

In the final chapter, Mathews discusses what may happen to Chungking Mansions in future. He concludes that “Chungking Mansions continues to be imagined by many in the developing world of South Asia not as a hellhole of vice or a paragon of exotic otherness, but rather as a beacon of dreams, a place where one might make one’s fortune and never again be poor – dreams that, for a few, come true, but for most remain dreams” (p.196). Chungking Mansions is about 50 years old, and for an East Asian standard, the building is quite old and may be subject to demolition in the near future, despite the fact that the presence of multiple individual owners of flats and shops as well as high building density had defied redevelopment attempts in the past. While the building itself may disappear, Mathews argues that “what Chungking Mansions is today, much more of the world will be tomorrow” (p.218). It will be the kind of this book that we may need more to read, in order to understand how the history of globalisation is not simply the history of large corporates, nation states and highly paid privileged ex-pats of the developed world. It is as much the history of people engaged in the “low-end globalisation” who make up the most of the world connection, whose life we have not had a chance to hear more often. In this regard, Gordon Mathews’ book is highly welcome and recommended.

Hyun Bang Shin is Lecturer in Urban Geography in the Department of Geography and Environment at the London School of Economics. His main research interests lie in critically analysing political economic dynamics of contemporary urban (re-)development and its socio-spatial implications, with special emphasis on Asian cities. Research topics include urban entrepreneurialism, mega-events, urban conservation, politics of redevelopment, displacement and the right to the city. He has recently completed research on socio-spatial impacts of mega-events with a case study of the 2010 Guangzhou Asian Games, funded by the STICERD/LSE Annual Fund New Researcher Award (2009-2011). He is currently involved in URBACHINA, a four-year (2011-2015) international research collaboration funded by the EU Seventh Framework Programme (FP7), and is one of the key organisers of the Urban Studies Seminar Series (2011-2012), Towards an Emerging Geography of Gentrification in the Global South, funded by the Urban Studies Foundation and the Urban Studies journal. Read more reviews by Hyun. 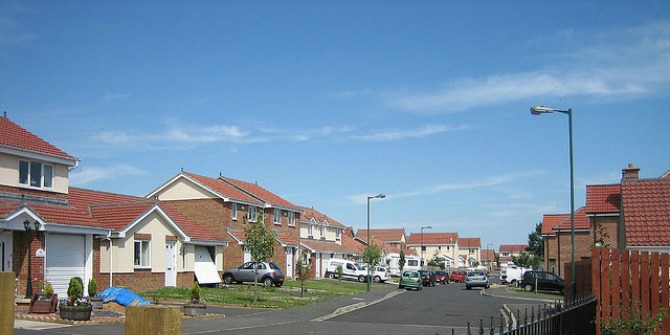