An increasing awareness of the under-representation of women in parliaments and business has gone hand in hand with growing debate about gender quotas as a means of rectifying this situation. However, questions persist about their efficacy. The Gendered Effects of Electoral Institutions offers a detailed empirical contribution to this debate. Linnea Sandström Lange finds value in the book, though cautions that it should be used alongside other sources. It assesses the impact of relatively new policies but its highly quantitative approach, as well as the limited time frame of the research underlying it, limit the conclusions which can be drawn. 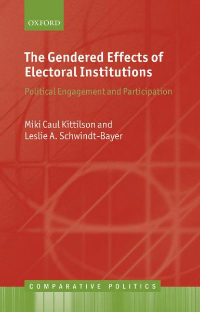 Even with the growing focus on women in leadership positions, they continue to lag behind men in terms of representation in parliament as well as in business leadership positions. There has been a lot of research theorising why this is the case. Names that come to mind are Anne Phillips and Sylvia Walby as well as a wider variety of gender research looking at critical mass theory to assess the significance of women being physically present in decision-making bodies and board-rooms. In an attempt to add to this discourse, Kittilson and Schwindt-Bayer look at how the presence of women in legislative bodies affect the gender gaps among the public in terms of political knowledge, political interest and political involvement.

They do so through the use of quantitative data to analyse the effects of electoral institutions on mass attitudes and behaviour. The intent is to move away from previous research which has mainly focused on socioeconomic and cultural influences to bring another dimension into the study of gender and politics. The focus on empirical research works well to test and challenge some assumptions from both sides of the argument as to the effects of including more women in the legislature and making the electoral system more accessible to women.

The most interesting study in the book is the data collected on male and female political participation in Uruguay and France before and after the introduction of quota legislation. With the EU having hotly debated gender quotas in the last quarter of 2012, analysis of the actual effects of quotas is very welcome. Although the nature of the quotas are slightly different, the underlying theory is the same: one of critical mass. As such, the results may be interesting and useful for research in both areas.

In Chapter 3, the authors find that proportional systems lead to lesser gender gaps in almost all categories investigated. This is theorised to be partly because parties in more proportional systems have a greater incentive to tap into the long underutilised political resource of women. The authors find that when the gender gap decreases in categories such as ‘following politics in the news’, it is not because women are encouraged to follow the news more closely, rather that men are discouraged to do so, strengthening the assumption that parties in PR systems target women specifically. This chapter is littered with assumptions about electoral systems and women’s representation: the authors seem very surprised to find that when more women are elected to the legislature this leads to a lesser degree of political knowledge among women. The evidence is provided, but the authors present no theories as to why this is so.

Chapter 5 on electoral reform in Russia and New Zealand presents concrete examples of the gendered effect the setup of electoral institutions might have on women’s participation. The chapter studies gender gaps in participation and political knowledge before and after making the political systems more proportional, controlling for changes in socioeconomic factors. Concurrent with the findings in Chapter 3, parties in New Zealand were found to contact women at a larger frequency than men once the Mixed Member Parliament system was introduced in 1994. However, due to the semi-democratic nature of Russia’s political system, a fully proportional representation system meant that women were less likely to be elected to the Duma as they were pushed down to the bottom of the party lists post-reform . Evidently, the socio-cultural environment still matters.

The second case study in Chapter 6 looks at the effects of parliamentary quotas in Uruguay and the parity legislation in France. The authors have theorised that increasing the presence of women in parliament can effect women in wider society. Surprisingly, the authors found that introducing quotas did not lead to a significant decrease in gender gaps in areas such as interest in politics and political discussion where the gender gap was large before the election, nor did it lead to an increase on a wide scale in political engagement among women. Despite introducing quotas, the number of women in the legislature has remained around 13% and there was no change in engaging with others in the electorate in Uruguay post-quota   where the largest gender gaps were found.

The narrowness of the study and the short time-frame in both cases limits the book. The case studies in this books study only a limited period of time to determine whether introducing proportional representation and/or quotas have a direct effect on the elections immediately following their introduction. It does not, and cannot, show what effect quotas specifically have long-term. The effects of symbolic representation are hard to measure and are part of a large, complex system. It is very difficult to try to disentangle all the influences that may play a part in changing cultural perceptions about women and politics.

The Gendered Effects of Electoral Institutions is a relevant and timely book that adds empirical evidence to the theories that are prominent in the debates. It assesses the gendered consequences of recently implemented pieces of legislation in a way that has not previously been done due to quota legislation being a new development in policy. Despite the book showing that intended effects of introducing quotas or opening up the access to electoral institutions for women could not be found, readers should be careful using this evidence as an argument against women’s access to electoral institutions. The book does not serve well as a stand-alone book and should, instead, be used parallel to implementation and further research of quotas and electoral systems. Nevertheless, it is an important piece of research that adds to a holistic picture of electoral system and what gendered effects may or may not come from reforms.

Linnea Sandström Lange was an MSc student in Gender, Policy and Inequalities at the LSE Gender Institute in 2011-12 and wrote a dissertation called ‘Is the Institution of Marriage Necessary for Good Citizenship: a study into US Civic Virtue’. She graduated in June 2011 with an MA in Social Sciences (Politics) from the University of Glasgow. She has kept a blog called Feminism and Tea for the past few years and can often be found discussing gender on various social networks when not feeding her news addiction. Read more reviews by Linnea.

Posted In: Contributions from LSE Alumni | Gender and Sexuality | Politics 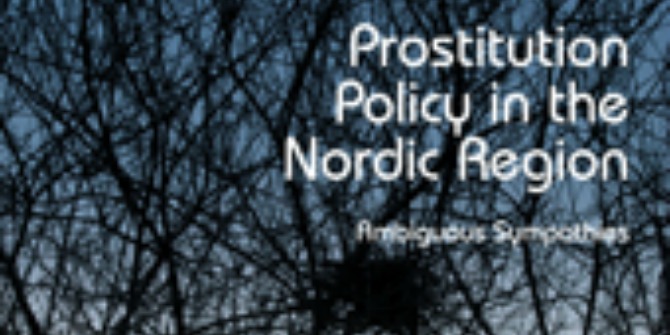