This volume presents lucid and insightful lectures on three great figures from the history of political thought, by John Plamenatz (1912-1975), a leading political philosopher of his time. He aimed to explore a range of themes in the political thought of Machiavelli, Hobbes, and Rousseau, at substantially greater length and depth than in his famous work of 1961, Man and Society. The lectures exemplify Plamenatz’s view that repeated engagement with the texts of canonical thinkers can substantially enrich and expand our capacity for political reflection, finds Mark Fisher, who also commends the editors for addressing important developments that have occurred in the study of these thinkers since the time of the lectures’ writing. It would have been an interesting moment in the history of political theory; potentially, it could have been even more. It was 1974, Cambridge. The methodological revolution, soon to be called ‘The Cambridge School’, is in full swing. Quentin Skinner has by now published his most famous methodological writings, including the magisterial ‘Meaning and Understanding in the History of Ideas‘. John Dunn’s The Political Thought of John Locke is already being prepared for a second printing, and J.G.A. Pocock’s Machiavellian Moment will be in print the following year. But, for all this momentum, it promised to be a challenging year for the students on Cambridge’s campus. Pocock was long gone pursuing a career overseas, and Skinner was to spend the year at Princeton’s Institute for Advanced Studies working on Foundations. In his absence, someone else would have to lecture on early modern political thought, and it was, of all people, John Plamenatz who received the invitation.

Plamenatz, the Chichele Professor of Social and Political Thought at Oxford, planned to bring with him a rather different approach than the one becoming entrenched in Cambridge. Skinner, Dunn, and Pocock were already famous for tirelessly contextualizing the canon, while Plamenatz preferred to settle down inside a text, wrestling with its arguments, weighing them ‘over and over’ (a phrase Skinner took umbrage to in “Meaning and Understanding”). It wasn’t merely a matter of approach, however; the ends they set themselves were quite different as well. The Cambridge School studied texts as historical speech acts, and they were believed to address problems quite different from our own. The task, then, was archeological, not philosophical. For Plamenatz, on the other hand, texts were treated as interlocutors, and the task was to think with and against them. They were tools we used to further our own understanding of political life and the development of our own practical political philosophy.

In Plamenatz, the students at Cambridge were promised a challenging, perhaps even subversive thinker, either to be embraced or defeated. One expects that Plamenatz would have played this role with a smile. But fortune was such that it would never occur. Plamenatz finished writing the lectures in late 1974, and weeks later he suffered a debilitating stroke. He would die soon after a second stroke suffered in 1975.

Nearly forty years on, Oxford University Press has finally given us the chance that the Cambridge student body never had. Following a circuitous editorial process in which the manuscripts were passed between many hands, the lectures have now been published as Machiavelli, Hobbes & Rousseau. With so much scholarly water under the bridge since they were written, it is not a volume that will make waves for its substantive insight into the thinkers it treats. However, these lectures deserve careful consideration by students of political theory for a host of different reasons, both theoretical and historical. In the first instance, they provide a crucial insight into Plamenatz’s thinking right before his death, demonstrating the fruit of a whole decade of thinking since Men and Society.  In the second, it is also of broader historical interest for students of 20th century Anglo-American political thought, who all too often overlook the role that Plamenatz played in defending normative political theory from logical positivism during the fraught post-war years. Finally, and perhaps most importantly, they offer an exquisite example of how one might practice political theory in a Plamenatz-ian mode, and thus how its possible for us to understand what political theory might be.

The title, though unimaginative, is apt, for Plamenatz’s eighteen lectures focus on the arguments of Machiavelli, Hobbes and Rousseau  in great depth and to the exclusion of the rest of the early modern canon. He gives each a detailed, searching and relentlessly critical treatment, considering what they understood politics to be, and why there must be politics at all. Written in lecture format, the text can at times be ponderous, and it is very often circuitous, but it always earnest and at times even exciting. One gets the feeling of being seated beside Plamenatz as he reads and reflects on these texts, following him towards this or that conclusion, reconsidering it, and then setting it aside. The reader is asked to take an active part in the thought process, and is surprised when Plamenatz isn’t actually there to respond to her questions, doubts, and criticisms. Without trying, or even noticing, she is drawn into practicing Plamenatz’s brand of political theory on Plamenatz’s text itself.

In addition to the lectures, Mark Philp and Z.A. Pelczynski have contributed a superb introduction to the volume that helps the reader place Plamenatz’s lectures within his own career, situate it within the intellectual context of mid-1970’s Cambridge, and address a number of important developments that have occurred in the study of Machiavelli, Hobbes, and Rousseau since the time of the lectures’ writing. To this end, the editors have also contributed a rigorous set of footnotes throughout the text of the lectures, providing very helpful references to recent scholarly literature.

Much to the profit of the reader, Philp and Pelczynski take up the further challenge in their introduction of thinking through how Plamenatz might have updated his argument in the face of work done by scholars such as Quentin Skinner, John Pocock, and Kinch Hoekstra. In this vein, the editors are most successful where Plamenatz displayed the greatest consternation, and in particular the emendation offered to the fraught reading of Rousseau’s General Will provides a salutary path for thinking beyond the arguments of the lectures. In itself, this introduction offers a valuable scholarly contribution, and it deserves as careful a consideration by the reader as the lectures themselves.

Outdated as it is, there is much to disagree with in both Plamenatz’s reading of these texts and his responses to them. Yet, somehow this appears less as a fault of the volume than a productive invitation to engage in the project that Plamenatz brings with him. The text asks of the reader to weight the arguments ‘over and over’ again, thinking how she might do it better, often realizing that it will be harder than one thinks. It is an exercise in thinking theoretically, and even if one walks away without being convinced by anything Plamenatz says, she will nevertheless have profited greatly in her engagement with his thinking.

Mark Fisher is presently pursuing a PhD in political theory at the University of Califronia at Berkeley. Prior to this, Mark earned an MPhil in Political Thought and Intellectual History at the University of Cambridge and a BSc in Government at the LSE. Mark works primarily on the history of Ancient Greek political thought and is currently preparing a dissertation that will track Athenian theories of decline in the aftermath of the Peloponnesian War. Read reviews by Mark.

Posted In: Contributions from LSE Alumni | Methods and Research | Philosophy and Religion | Politics 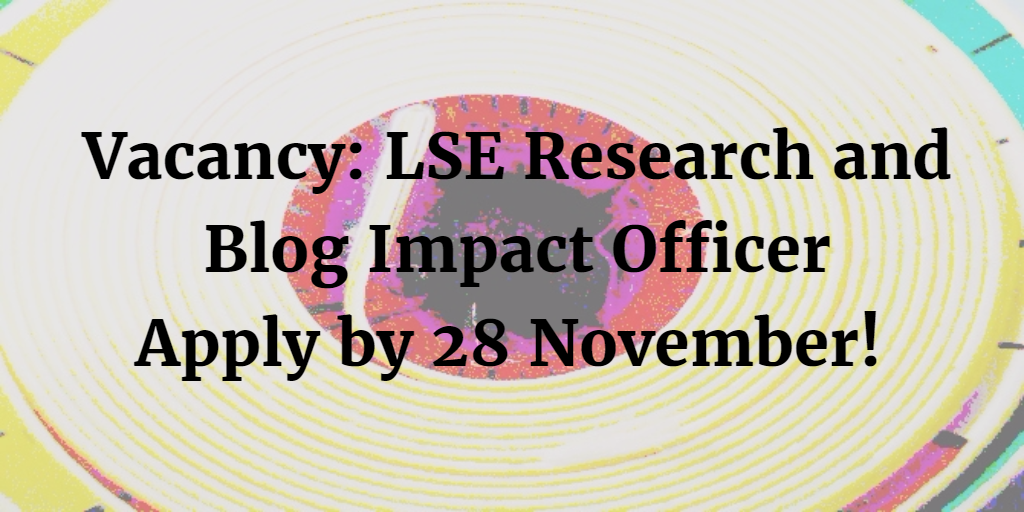