The British in Rural France is a study of how lifestyle choices intersect with migration, and how this relationship frames and shapes post-migration lives. Through an ethnographic lens incorporating in-depth interviews, participant observation, life and migration histories, Michaela Benson aims to reveal the complex process by which migrants negotiate and make meaningful their lives following migration. Michelle Lawson finds that the book offers interesting insights into the everyday lives of British migrants and their quest to become embedded in French rural society. 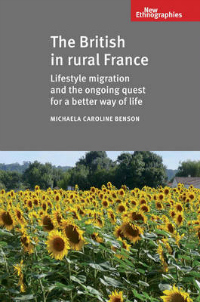 The British in Rural France: Lifestyle Migration and the Ongoing Quest for a Better Way of Life. Michaela Benson. Manchester University Press. April 2011.

While popular accounts such as Peter Mayle’s A Year in Provence have undoubtedly encouraged many to go in search of a better life in France, the phenomenon of lifestyle migration is also deservedly attracting critical academic attention. The context of British migrants in search of the French rural idyll is possibly one of the more established and familiar lifestyle migration research contexts, due to Michaela Benson’s prolific output stemming from her 2003 fieldwork in the Lot region. This book draws together the main themes that Benson has developed and it presents them alongside vignettes of the respondents’ “individual quests for a better way of life” (p.19).

Benson carried out participant observation and unstructured interviews with English migrants with the aim of explaining their “diverse and complex lives” (p.15). Drawing on themes from tourism literature, such as the search for authenticity, a framework for the study is outlined clearly. The concept of identity lies beneath many of the themes of this book, with an early claim that migrants “performed and expressed multiple identities in their daily lives” (p.15) although a more in-depth exploration of this ‘performance’ may have enhanced the book somewhat. Migration as an act of self-identity may well be one of the more intriguing aspects of the search for a better life, with one expat defining it to me as ‘starting with a clean slate’. Nevertheless, Benson does attempt to link self-identification to the individualised lifestyle choices that migrants actively made in their search for authentic living and “an authentic self” (p.162).

Despite the stated diversity of the migrants, the study concludes with some general observations about the British in the Lot region: firstly, that they maintained an ongoing search for social and cultural capital that was “firmly rooted in their British middle-class dispositions”. A second conclusion is that migrants laid claim to distinctiveness, based upon ideologies of how to live the authentic lifestyle. The migrants are characterised throughout as striving to present themselves as leading better and more exceptional lives than other British migrants in France and elsewhere.

By and large these expats come across as somewhat self-satisfied settlers in a never-ending process of affirming their distinctive identity, but it is a process that Benson claims to be driven by distinction from compatriots rather than identification with the French community. Although acceptance and social integration into the French community is an understandable ‘preoccupation’ of migrants, (p.64), Benson argues that it mostly served as a way of gaining distinction from their compatriots living locally.

Both of the above conclusions surface repeatedly throughout the book. Chapter 7 uses ‘authenticity’ as a lens to examine the striving for distinction, with some captivating accounts of migrants drawing upon behaviour such as inappropriate drinking habits and the importing of British foodstuffs, in order to differentiate themselves from their compatriots. Chapter 6 explores in some detail how migrants draw upon stereotypical representations as a way of distancing themselves from the “critical mass of lifestyle migrants” (p.119) in other notoriously popular areas, such as Spain and the Dordogne.

As well as utilising tourism literature, Benson draws closely upon Pierre Bourdieu’s theories to propose a link between migrants’ attempts to live an authentic life and their possession of cultural capital, with the latter becoming symbolic of the authenticity and distinctiveness of their lives. Throughout, the migrants are presented as consistently members of the British middle classes, and this was said to be reflected in their consumption practices and tastes. However, I did not find a clear set of middle-class practices defined beyond a “middle-class aesthetic for rural French living” (p.115), and in fact Benson does admit to there being “a variety of tastes…in most cases these can be considered to be eclectic” (p.159). I did wonder whether some migrants’ home practices could be interpreted as aspiring equally to a local belonging as to a specifically class-related knowledge, for example knowledge of local furnishings. Certainly Benson does argue in Chapter 5, ‘At Home in the Lot’, that the “materiality of the home” of migrants (p.117) reflected individual ideas and aspirations of ‘lifestyle’ as much as British middle-class trends. I did also wonder whether the focus on the middle-class character of the group precluded the possibility of there being any alternative to what is presented here as a typically “middle-class struggle over identity and social position” (p.149).

In the decade since Benson began her fieldwork, lifestyle migration to France has continued, buoyed by the simplicity of finding property online and the ease with which migrants can support each other using digital media such as expat websites. This book offers interesting insights, presumably from a time before digital communication was ubiquitous, into the everyday lives of British migrants and their quest to become embedded in French rural society.

One of the strengths of this book is its fairly convincing theorisation, using Bourdieu’s concepts, to explain this quest by means of an accumulation and display of cultural capital. It will appeal to many within the fields of migration studies and mobilities, as well as tourism studies; early researchers may find its application of Bourdieu’s theory useful. Its accessibility also makes it of interest to the reader who can empathise with the decision to uproot in search of the French rural idyll.

Posted In: Britain and Ireland | Europe and Neighbourhoods | History | Sociology/Anthropology 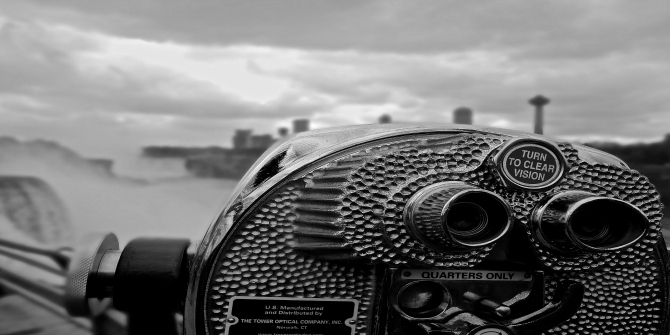