In the arid Near East region, water and land resources are the object of rivalries and intense power struggles; and agriculture, by far the biggest user of land and water, lies at the heart of power strategies, sovereignty and security. Proche-Orient considers agriculture’s central role in conflicts and power strategies, with Melanie Conroy finding that Pierre Blanc is absolutely right that the Middle East cannot be understood without reference to its complex politics of water. 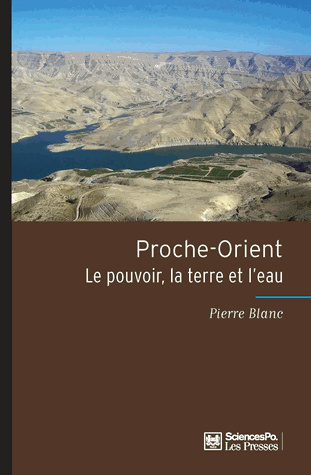 In the wake of the Arab spring, many longstanding clichés about the Middle East have been quietly abandoned, rather than rewritten or exposed as false. One of the common claims of Western commentators on the Middle East, from Voltaire to T.E. Lawrence, is that the desert climate leads to authoritarian government. Yet there is a contrary tradition of attributing instability to the dry climate. Many contemporary scholars – including heavy-hitters like Arthur H. Westing and Joyce R. Starr – have argued that the severe shortage of resources, including water, means that more wars are inescapable. It is worth reexamining these claims in light of current events, notably the transition to more or less democratic states in Egypt (arguably no longer a democracy) and Tunisia. Does scarcity of water produce a specific form of government? Is it a danger for democracy? A boon for tyrants?

In his new book Proche-Orient: Le pouvoir, la terre et l’eau, Professor Pierre Blanc argues that the effects of the scarcity of water are complex and unpredictable. A researcher in engineering and geopolitics at the Centre international des hautes études agronomiques méditerranéennes, Blanc makes a strong case against what he calls the “ideological” prophecies of impending wars – the notion that state and non-state actors prefer to resolve resource conflicts through violence (Chapter 6). His book was conceived and researched before the Arab spring, but Blanc has much to say about the current politics of the countries of the Levant, from Libya to Egypt to Syria – especially the politics of water. He sees the political actors of the Middle East as fundamentally rational, capable of pursuing a peaceful path towards geopolitical stability when it is in their interest.

Perhaps a disappointment for readers who want a quick and simple report, Blanc’s method is a case-by-case analysis of the history of water politics in each country. Quoting frequently from commentators in the states that he studies, he reviews the history of irrigation and water politics in five important countries in the Middle East. This approach is particularly appreciated in his nuanced discussion of water policy in Israel and the Palestinian territories. Ever attentive to the political sensitivities that surround that subject, Blanc reminds us that Israel emerged as a major agricultural power in its colonial years and that it has retained its technological superiority in part by promoting the cultivation of the desert and selling its irrigation technology to other countries (Chapter 7). Also to his credit, Blanc does not shy away from commenting on the practical reasons for inferior agricultural production in the Palestinian territories: lesser access to irrigation technologies, a preference for using rain-water on large farms, and an aspiration to use non-Israeli technologies. Whatever your views on the Israeli-Palestinian conflict, it is undeniable that water policy in this region has created suffering for the Palestinians, especially peasants and the poor (Chapter 8). Tragically, the construction of the security wall in 2000 destroyed a large part of the Palestinian water infrastructure and worsened this suffering.

Blanc is most decisive when he argues for the moral relevance of water politics and agricultural history. He writes many moving passages on the “pauperization” caused by political instability. He is right to suggest, as he does in his introduction, that intellectual historians have, following Marx, taken the “material” components of history to be industrial, urban, and European. In order for intellectual history to engage with the majority of the world’s population, historians must consider the “marginal,” “boring” topics of agriculture and resources. Not only would this mean engaging with some of the genuine drivers of history and politics, it would mean taking the poor, the rural, and non-elites seriously as world citizens and agents of history. He is absolutely right that the Middle East cannot be understood without reference to its complex politics of water. More than that, he shows that politics in general is affected – and sometimes driven – by access to resources.

Posted In: Africa and the Middle East | Environment | Politics 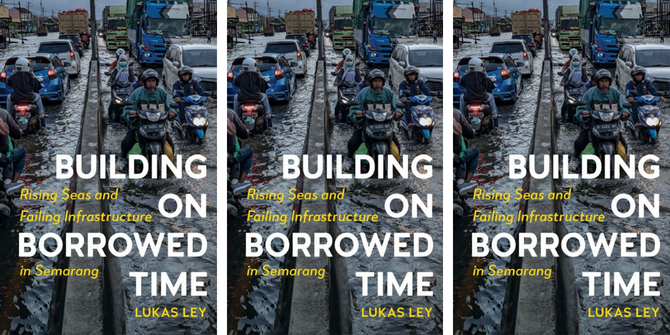