This book provides the first detailed portrait of the post-1999 House of Lords, explaining who sits in the chamber, how it operates, and crucially what policy impact it has. Meg Russell aims to show that its membership is more diverse and modern than many would assume, and its influence on policy to be substantial. Gordon Bannerman concludes that this is an authoritative and very readable scholarly work which is essential reading for anyone interested in contemporary British politics. As Deputy Director of the Constitution Unit and Reader in British and Comparative Politics at University College London, Dr Meg Russell is an acknowledged expert on bicameralism. Additionally, Russell has particular expertise relating to the House of Lords and is a prominent advocate of further reform of the Upper Chamber. At a time of political and constitutional fluidity, the publication of The Contemporary House of Lords: Westminster Bicameralism Revived is therefore timely, for in this thoughtful and penetrating analysis Russell locates the reformed House of Lords within the modern British parliamentary system in a comparative bicameral context while also suggesting a realistic ‘roadmap’ for reform.

The book covers the period from the Blair government’s 1999 House of Lords Act to the Coalition Government’s abortive reform of 2012. Rather than viewing the 1999 reform as the first stage of a formal, schematic two-stage process, Russell considers it as the most recent in a succession of broader incremental constitutional reforms. The 1999 reform retained 92 hereditary peers but over 650 departed, making the House smaller, more balanced and representative, and arguably more legitimate. Indeed, one of the most important arguments in the book is that the removal of most of the hereditary peers has produced a stronger House of Lords but not at the expense of the House of Commons, for both Houses now possess greater capability to challenge the Executive, strengthening parliamentary democracy as a whole.

The early chapters of the book provide historical context and comparative analysis of divergent modes and functions of international bicameral political systems and institutions. In the British case, legitimacy, not composition or formal powers underpinned perceptions of the Lords’ constitutional weakness in the twentieth century for as Russell indicates the Lords retained considerable political power. Nevertheless, legitimacy remains a divisive issue. Despite the independent appointment of Crossbenchers, Prime Ministerial patronage remains substantial though an important consequence of reform has been a closer approximation of party representation in the Lords to the political balance in the country based on number of votes cast at General Elections. This factor arguably lends greater legitimacy to the institution, an interpretation bolstered by improving attendance, more active membership, greater ethnic and gender diversity, and a declining number of landed members.

The core functions, defined as executive accountability, legislative scrutiny, and informed debate, and the changing political complexion and personnel of the House are considered in the following chapters. Since 1999, no one party has controlled the Lords with an overall majority, in sharp contrast to the previous solid Conservative majority. As the legislative record demonstrates, political outcomes are now less predictable, for after 1999 a new assertiveness and willingness to challenge government proposals emerged from a perception of enhanced legitimacy, leading to far more defeats in the Lords than the Commons. Crossbenchers have assumed greater importance and now make, and are expected to make, a substantial contribution to the House. Their presence has discouraged the use of politically-partisan debate, in sharp contrast with the Commons. However, since 2010 the Lords have become somewhat less confrontational, an outcome owing something to party configuration and the inherent lack of cohesion and unity among Crossbenchers.

Negotiated outcomes and wider legislative impact feature in Chapter 7, with subtleties within the policy process convincingly described. The most notable concept is ‘anticipated outcomes’, that is, less visible aspects of the policy-making process, where influence is not primarily exerted through direct legislative devices but by a more elusive ‘careful handling’ strategy, by managing legislative progress through open consultation, close scrutiny, and crucially ‘behind-the-scenes’ meetings. Legislative modes and functions are carefully considered, with the Lords characterised as a deliberative assembly, where rational non-partisan dialogue and debate co-exist with partisanship, and policy outcomes often determined by strength of argument. The specialist knowledge and mature judgment of many peers underpinned by unelected status making them less susceptible to constituency pressures, party discipline and politicking, is promoted as a great asset. Ironically, this form of argument was used for many years to justify the unreformed, hereditary Chamber, but with the Lords now more balanced and representative, the implication given is that these qualities now carry more weight.

Earlier analysis provides the context for Chapters 8, 9 and 10 to precisely locate the Lords within contemporary politics and to assess the prospects for future reform. In considering non-legislative functions surrounding questions, debates, and committees, Chapter 8 closely considers the structural changes combined with the advent of a Coalition Government which has promoted institutional and behavioural changes of considerable magnitude. The earlier notion of ‘anticipated reaction’ is supported by evidence suggesting the likely attitude and influence of the Lords makes government more conciliatory and risk-averse in its approach. Chapter 9 examines the highly-contested concept of legitimacy within bicameral systems. For the Lords, a complementary form of legitimacy is required from any further reform if conflict with the Commons is to be avoided, for the democratic mandate of the latter is the basis of its political authority, thus creating difficulties as to whether the second Chamber should be elected or appointed. The conceptual analysis of legitimacy based on mode of election, policy-making, and functions provides useful analysis but the normative nature of legitimacy means much depends on perception, and here Russell tentatively suggests that media, politicians and public are positive about what the Lords do but negative about its composition, buttressing the argument for possession of ‘procedural’ rather than ‘democratic’ legitimacy.

The foregoing analysis provides the basis for policy recommendations contained in Chapter 10. The difficulties the Coalition Government has faced in introducing a reform measure have so far proved insurmountable, and success appears unlikely in the near future. Instead, Russell advocates incremental reforms, like curbing Prime Ministerial patronage, abolishing hereditary by-elections, and in the longer term, transferring the remaining hereditary peerages into life peerages and introducing fixed-term appointments in order to cap the size of the House. Reform itself could be cumulative, with a more diverse and vibrant membership driving forward institutional change. Ending the ermine-clad pageantry of the Queen’s Speech is advocated as a symbolic reform indicative of a deeper attitudinal change towards professionalism and meritocracy and away from class-based privilege. More pertinently, the constitutional position is likely to change regardless of institutional reforms, for a return to single-party government will certainly alter political configurations and relationships.

By providing a comprehensive examination of the Lords between 1999 and 2012, Russell demonstrates how changing modes of appointment, shifting political alliances, and greater diversity of personnel have had considerable and far-reaching effects on Westminster politics. The book is the product of assiduous and rigorous research which provides the detailed basis for intricate analysis and evaluation, and firmly-grounded conclusions. Interpreting reform as a process rather than an event, Russell’s broadly positive view that further incremental reforms will have potentially far-reaching effects is justified, sensible, and practical, if inevitably conservative. The inherent difficulty of achieving substantial reform is so obvious that no blame can be attached for caution. The idea that reform “will ultimately be conditioned by unpredictable future events” (p. 300) is an appropriate and realistic way of concluding this forensic and skilful examination of the unforeseen consequences of the Lords reform of 1999.

The post-1999 ‘transitional’ period now appears ‘semi-permanent’, accurate terminology, for although the two-stage reform originally envisaged has been abandoned, the need for reform remains widely acknowledged. Before 1999, the constitutional weakness of the Lords was noted by many observers but although formal constitutional powers have remained unchanged, the configuration of political institutions and pattern of legislative authority in the United Kingdom is now very different. In explaining many of the dynamic institutional elements in this process, Russell has produced an authoritative and very readable scholarly work which is essential reading for anyone interested in contemporary British politics. 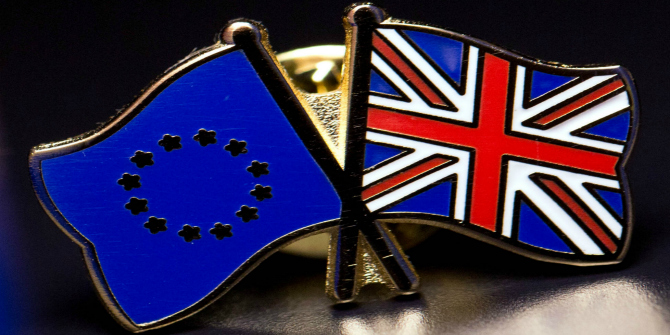 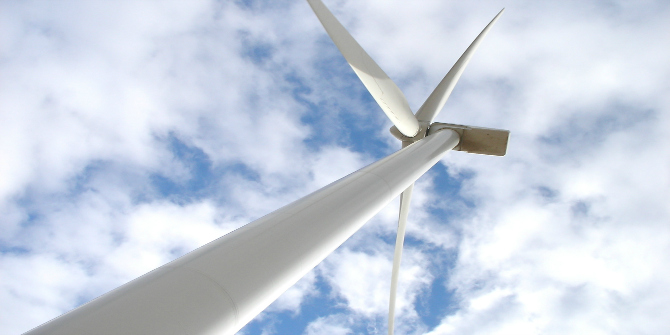