Catherine Allerton casts her anthropologist’s eye over Jerry Thompson’s Why Photography Matters, and finds an endlessly thought-provoking and illuminating read for students interested in ethnography, photography, and media. Thompson considers the money-fuelled expansion of the market for photography, and he compares ambitious “meant-for-the-wall” photographs with smaller, quieter works. In a world of ‘selfies’, what kind of photography matters?

In 1938, Walker Evans’s American Photographs was published. The book juxtaposed images of everyday life in a time of profound transformation, and helped to secure the acceptance of photography as a genuine art form. In 2013, to mark the 75th anniversary of this landmark work, MoMA republished Evans’s book. Thus, despite interim critiques of Evans by Susan Sontag, and Fortune magazine’s 2005 discovery of the anger felt by the descendants of the Depression-era cotton-farmers he depicted, Evans’s book still matters to America. It is this fundamental issue – how and why photography matters – that is addressed by Jerry L. Thompson in this erudite and intriguing extended essay.

Thompson is well-qualified to write this defence of photography as both an art form and a way of knowing the world. A working photographer, he was Walker Evans’s principal assistant from 1973 to Evans’s death in 1975, and is the author of two other books about photography. In Why Photography Matters, Thompson draws on an eclectic range of influences, from Plato to Emily Dickinson, to argue for the epistemological value of photography as a serious endeavour requiring time and dedication.

Thompson argues that photography matters for two interrelated reasons: the first because of how it works, and the second because of the “present-day understanding” that it continues to afford. The majority of the book is in fact devoted to a discussion of the first reason. Thompson argues that photography is a way of knowing the world that transcends our subjectivity. Because the lens has an “indiscriminate power” to record detail, a picture will always contain more than the photographer who took it intended. This makes photography, as an artistic form, a powerful combination of “educated understanding and chance discovery”. Indeed, Thompson sees the very best photographers as those who, over time, engage in a dialectical interaction between their growing skill and that bit of the world they are learning to see.

The true photographer-as-artist, then, is not the person producing the kind of “decorative self-indulgence” found in many museums and galleries today. Instead, it is a person who brings both their technical skill but also their “receptivity” to bear on a particular subject over time. For Thompson, it seems that the photographer is both master craftsperson but also a kind of master storyteller-cum-sociologist. Amongst a few examples, he discusses Marcia Due’s long involvement in photographing the agricultural landscape of upstate New York. Thompson intelligently explores Due’s photograph of a pool surrounded by trees, in which the attentive viewer gradually notices the man-made features – an abandoned school bus, a length of fencing – that this apparently wild subject-matter contains.

As an anthropologist, I was struck by a remarkable resonance between the practice of photography (as Thompson sees it) and the practice of ethnography as a way of knowing the world. The unintended depictions that for Thompson are one of the charms of photography are also a feature of ethnographic fieldwork. Many anthropologists, when reading their fieldnotes, discover that, whilst apparently researching one topic, they have inadvertently collected a wealth of stories and observations about another. Similarly, the ability to let “chance, disarray, wonder, and experiment” play a role in our findings is something ethnographers value. Just as Thompson’s photographic artist diligently considers each picture she has taken as she goes, approaching the world “each time with an altered understanding”, so the ethnographer, whilst possessing both prior knowledge of a situation, allows her research to be shaped and altered by each cumulative experience in the field.

Photography, like ethnography, is the result of a patient, observant process. Indeed, Thompson explicitly links this process with what he calls “the goal of philosophy”: to go into something a little further. In the process, a good photographic artist, like a good ethnographer, or a good philosopher, is able to call our attention to objects, details, interrelationships and places that “we would not likely have seen so clearly without his agency”. And this, for Thompson, is the second reason why photography matters: because it enables a subtle, detailed but never obvious understanding of “things as they are”.

In arguing for this “higher goal” of photography, Thompson explicitly writes against Susan Sontag’s infamous assertion that “Nobody understands how anything, least of all a photograph, could be transcendent.” For Thompson, the give-away here is Sontag’s “nobody”, by which she means a sophisticated, fashionable person such as herself. Whilst Sontag made this assertion in the context of a discussion of Walker Evans’s work, Thompson argues that Evans’s American Photographs brings things to our attention without telling us what to think of them. Indeed, the “transcendence” that Evans’s pictures worked towards simply meant going beyond what we already knew, beyond the simple and obvious.

Like the photographs that he admires, I found this little book to be a deceptively straightforward, but endlessly thought-provoking and illuminating read. As an anthropologist who has tried to use ethnographic photographs to reveal less obvious aspects of written material, I was particularly struck by the parallels between the detailed observations of photography and of fieldwork. However, the photography with which Thompson concerns himself is very much photography with a capital ‘P’: the photography of MoMA art books and exhibitions. But is this the only kind of photography that matters? What of the small ‘p’ photography seen in faded family snaps, or ‘selfies’ posted on Twitter? Why do these kinds of pictures fascinate us? As amateur photographic pictures proliferate on the internet, can we say that photography only matters as Art? These are not questions considered in Thompson’s book. But in the twenty-first century, it seems strangely old-fashioned not to explore how photography matters as such a ubiquitous and democratic medium.

Catherine Allerton is an Associate Professor of Anthropology at the LSE. She is the author of various articles and book chapters on the Manggarai people of eastern Indonesia, and a recent book, Potent Landscapes (2013, University of Hawai’i Press). Her current research concerns childhood, migration and illegality in East Malaysia. In the course of her fieldwork with the children of migrants and refugees, she used photography as a child-friendly research tool. Read more reviews by Catherine.

Posted In: Art, Lit and Film | Contributions from LSE Staff and Students | Sociology/Anthropology 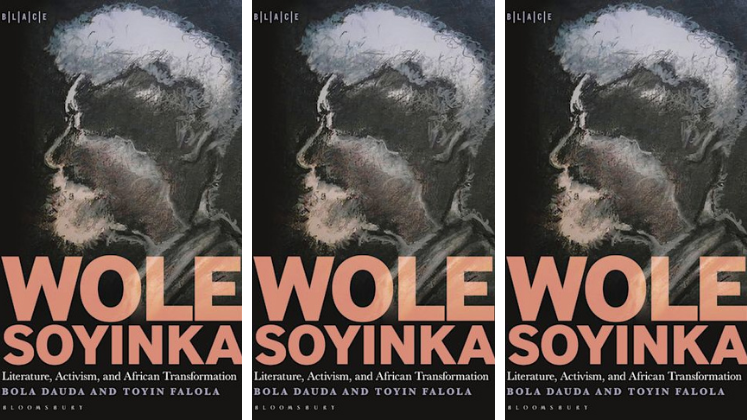