From Global to Grassroots looks at how transnational activism aimed at combating violence against women is being used to instigate changes in local practice. Focusing on the case of the European Union, this study aims to provide empirical and intersectional feminist analysis of the transnational processes that connect global and grassroots advocacy efforts, with a particular emphasis placed on the roles played by regional organizations and networks. Olivia Mason finds that Celeste Montoya offers an accessible read through the use of examples from mainstream media. 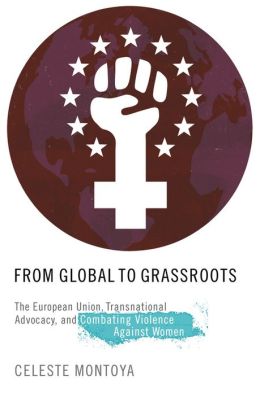 In Celeste Montoya’s revealing new book From Global to Grassroots, the EU’s efforts to combat and address violence against women are scrutinized. Montoya’s book is an attempt to address what she identifies as a major problem in that ‘the issue of violence against women has secured a fairly stable place on the international agenda [yet] how to address it is less established’ (p.7). Montoya argues that despite increasing worldwide legislation, violence against women continues; with victim blaming and the responsiveness of the state still major problems. Montoya contests that despite a reframing of violence against women as a humans rights issue, actually changing practices is a slow process and much current legislation has little will nor resources to aid it. Montoya uses the EU as a case study to explore exactly why this is, and as emphasized through the term ‘grassroots’ in its title, this book looks at the local level as a key site of analysis.

This book takes two interesting angles in its exploration of violence against women: feminism and geography. Geographically, Montoya constantly refers back to scales of analysis and makes constant reference to local and global scales. Montoya uses the EU as a place-based case study from which she examines how the EU links globally, nationally, and internationally. From a feminist angle, this book – as well as adopting an analysis of grassroots projects – adopts a feminist approach by looking within, and explores how women are being affected by these policies. Montoya’s strong feminist voice carries the book along and enriches it with Montoya’s insistence that any EU efforts to combat violence against women have women at the forefront of their policy making.

Chapter 1 introduces the theories that have formed current international policy making to combat violence against women. Montoya details the changing patterns of policy reform throughout history and how changing patterns within society and particularly feminist movements have shaped them. Montoya argues, however, that despite these large steps forwards we still live in a world in which for a violent crime against women to gain policy change and media coverage it must be incredibly serious, as ‘only the most sensationalized cases of mass violence are likely to garner international response’ (p.24). This is a massive worldwide issue and despite great strides since the cold war, social issues for women are still not taken seriously enough and the lack of international strategies reflects this. Furthermore there is a lack of cohesion between international and domestic strategies causing a lack of standardization.

Chapter two moves to the context of the European Union to map out the particular institutional processes taking place in the EU that shape policies aimed at combating violence against women. A strength of Montoya’s analysis is that her concentration on numerous academic areas of analysis helps create a multi-disciplinary approach. Montoya examines the politics of the European Union as well as its changing history and how these have shaped policies. Furthermore, as highlighted above, Montoya understands the importance of geography by examining the differences between each country and the changing post cold war geography of Europe. Montoya argues that in the EU ‘advocacy for violence against women in the European Union comes from many sources’ (p.75), and as a result it is important to consider the geography, history, and politics of these many sources.

In chapter six, Montoya discusses the importance of the resourcing of programmes and the need for ‘capable organizations with the will and resources to do the demanding work necessary to address and change such a widespread societal problem’  (p.167). A major problem is often that grassroots organizations, which Montoya argues are some of the best channels through which to combat violence against women, are the programmes which find it the hardest to gain resources and fund themselves. Montoya focuses specifically on the Daphne project as a case study of an EU funded project combatting violence against women. Montoya has a lot of respect for the programme and contends it is a step in the right direction; however, the Daphne project is a good example of a project that has not had continued resourcing and currently may not be granted funded to continue.

The concluding chapter examines the current threats affecting efforts to combat violence against women. Montoya cleverly weaves the current financial crisis into her argument that funding for programmes combatting violence against women is often the first to be cut, with the potential defunding of the Daphne project a good example of this. Furthermore there is still a great disparity between soft and hard laws within the European Union, with soft laws used more, so that consequently women do not feel the law is on their side. Montoya’s feminist argument is strongly in favour of allowing those who are affected to be involved in the law making and that within an EU context this is particularly important as there are many countries each with different societal conditions.

In conclusion, Montoya’s book is an educational and enlightening one, offering a multi-depth analysis of the European Union’s advocacy policies to combat violence against women. Montoya is keen to ensure this book is accessible to everyone by using examples from mainstream media throughout and a mixed method research approach. Additionally, Montoya’s work can be applied to contexts outside of the EU, and a deeper exploration of transnational and international linkages are future opportunities for research this book opens. This book is an illuminating one, and as Montoya finally notes ‘transnational advocacy is more important than ever for defending the small gains that have been made and for moving in new and more inclusive directions’ (p.252).

Posted In: Britain and Ireland | Europe and Neighbourhoods | Gender and Sexuality | Law and Human Rights | Politics 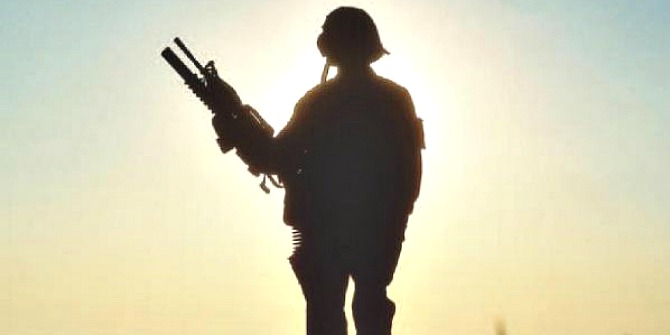