In this book the authors set out to explore the extent and nature of the political integration of Britain’s growing ethnic minority population. The analysis is based on the largest and broadest academic survey ever of the political attitudes and behaviour of Britain’s main ethnic minority groups, the 2010 Ethnic Minority British Election Study, in conjunction with the nationally representative British Election Study and other surveys. Ron Johnston finds that this book represents quantitative social science at its very best: theoretically-driven, sophisticatedly-designed, and excellently presented. That a considerable majority of members of Britain’s ethnic minorities traditionally vote Labour at general elections is part of the conventional wisdom in the country’s psephology, but there have been few substantial attempts to analyse why. The Political Integration of Ethnic Minorities in Britain excellently fills that partial lacuna. Based very largely on data from a sample of 2,787 individuals who self-identified as members of one of the officially-defined minorities (the EMBES survey), and who were questioned in 2010 alongside the regular British Election Study (BES) face-to-face survey with 3,075 respondents (some 90 per cent of whom were classified as White) – and with a large number of shared questions across the two surveys – the book a highly-readable tour de force.

Anthony Heath and his colleagues cover a much wider canvass than simply assessing Britain’s ethnic minority residents’ recent voting behaviour. Their work is theoretically-driven, based on a careful research design that determined the questions asked and how they were analysed, and the entire discussion is set within a logical sequence of analyses. That framework is clearly outlined in the introductory chapter on ‘Exclusion or integration?’, which sets the parameters with eleven questions the study was designed to answer. After a second introductory chapter on the ‘Diversity and integration of British ethic minorities’ (a very valuable overview that could stand alone as an introduction to the country’s contemporary multi-ethnic character) eight chapters cover the main themes addressed.

The first two discuss whether the respondents’ main political concerns are with the situation in the UK or that in their ‘home countries’, and whether they believe voting is a civic duty, followed by an identification of the main items on their political agenda. The next chapter asks whether ethnic minority concerns are represented in the political agenda of Britain’s main political parties, based on analyses of party manifestos and legislative activity as well as the respondents’ assessments of the parties’ positions and whether they represent minority interests well.

The next three chapters turn to the main subject matter of British psephology, dealing in turn with: partisanship – which parties the respondents identify with; eligibility to vote, registration, and turnout; and voting, abstention and defection (the last being of particular interest given the substantial decline in Labour support between the 2005 and 2010 general elections). The ability to compare EMBES with BES data allows direct comparisons to be drawn between the minority group members and the White majority population and therefore to establish the nature, direction and extent of differences between the two as well as within each.

The first of the final two chapters widens the discussion of political activity from party identification and voting to other forms of engagement, such as joining and being active in voluntary organisations, signing petitions, subscribing to boycotts, and participating in public protests. The last chapter turns to the wider issue still of ‘Satisfaction with or disaffection from British democracy?’: in general, minority respondents were more satisfied than their White British contemporaries, and they trust Parliament and politicians more (but not the police). That satisfaction and trust is much greater among first than later generation minority group members, however, and also greater among Muslims than either adherents of other religions or those with no religion.

The book is rich in the detailed light it throws on the political attitudes and behaviour of Britain’s ethnic minorities. The key message (stressed in both the introductory and the final chapter) is that the migrants and their successors who identify with the ethnic groups are members of coherent communities – much more so than others within the White British population, such as the working class and trades unionists – and they are integrated into British political life. They have some feelings of exclusion – in the degree to which they are represented in Parliament and in the attention paid to their particular concerns (mainly linked to inequalities of opportunity and redress for disadvantage and discrimination), for example – but these have not led them to ‘opt out’ of the political system.

Much of this positive situation, the authors claim, reflects the positions and actions of the Labour party, especially when in government: it is widely recognised by minority group members as the party that has promoted their interests whereas the main positions of their Conservative opponents – particularly with regard to restricting immigration – are viewed negatively. Labour has been identified as ‘their’ party by the ethnic minorities (just as it was as the party of the working class in earlier decades) and they have continued to give it more support than would be expected from their individual socio-economic and other characteristics – ethnicity trumps class, even with the Indians, more of whom are middle class than other South Asians and Blacks. This link to Labour was such that even if they felt they couldn’t vote for the party in 2010 members of the ethnic minorities were much more likely to abstain than White British ‘defectors’, more of whom switched to another party. But Labour should not be complacent about that continued support: it could be lost especially as, according to canvassing and other data, the party does not seem to be working very hard to mobilise support.

With such an excellent book overall it seems churlish to introduce caveats to an overwhelmingly positive reaction, but I have a few: most relate to geography in some way or another. Finding a representative sample of minority group members was not straightforward and, as indicated in a brief technical appendix, over 30,000 addresses were screened to get the 2,787 interviewed (a response rate of some 60 per cent of those approached). To do this, areas with less than 2 per cent of their population members of the ethnic minorities were excluded. The respondents were all recruited from areas where the minorities were relatively concentrated, therefore, and more likely to have been integrated into the coherent – bonded – communities the researchers identified than those who, probably through choice in most cases, lived in areas where they formed a very small minority of the population only. The latter may still identify as members of the ethnic minority but may not share all of the characteristics of their co-ethnics, many of whom live in urban enclaves. The researchers’ conclusions may be slightly ‘biased’ towards the views and behaviour of a particular (albeit large, certainly majority) segment of the minority populations, therefore. The 2011 Census, for example, shows that over 40 per cent of South Asians lived in areas with a white majority, as did some 55 per cent of Blacks (the percentages were 30 and 40 respectively in London), and it may well be that these people, spatially somewhat distanced from their co-ethnics and more likely to have wider contacts than those living in the enclaves, differed somewhat from most of those interviewed for the EMBES survey.

This leads to a second geographical issue. Much social science research has shown that place matters, that people respond in a variety of ways – including politically – to their local milieux. The authors recognise this occasionally, especially with regard to voting behaviour, but have not formally incorporated it into their analyses: the coherent communities they have identified may be so because they are spatially concentrated but the characteristics of the respondents’ local neighbourhoods are not incorporated into any of the analyses. Politically, one geography that clearly matters is that of Parliamentary constituencies – parties focus their campaigning in marginal seats: this is recognised, but only in detail in a footnote, and yet it may be important in accounting for why Labour doesn’t make more contact with its long-term minority supporters (most live in safe Labour seats, whereas those outside the spatially-concentrated communities may not).

Finally, it is unfortunate that the research looked at participation in national electoral politics only. Local government is an important entrée to political life for many, including members of Britain’s ethnic minorities, and it would have been interesting if the EMBES survey (and the BES for that matter) had explored this a little.

Such caveats are but minor pinpricks in this response to an excellent and important book. It represents British quantitative social science at its very best: theoretically-driven, sophisticatedly-designed and -analysed, and excellently presented. Its largely positive message is a major contribution not only as a substantial innovative addition to our understanding of Britain’s ethnic minorities, their political attitudes and behaviour, but also as a significant resource for the country’s policy and political communities. The authors are to be congratulated on their timely contribution – and the ESRC for supporting them.

Posted In: Britain and Ireland | Methods and Research | Politics | Sociology/Anthropology 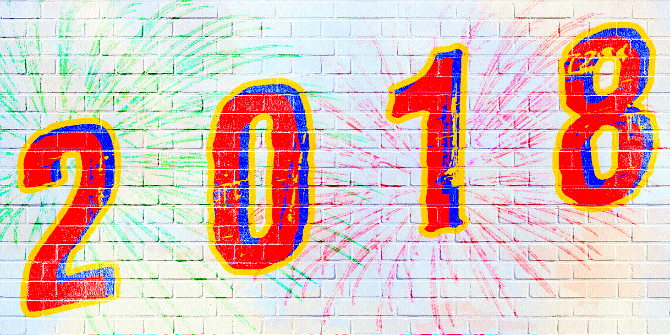