This book aims to outline the development of policy analysis activities in Germany, identify its role in academic education and research, and examine its styles and methods. The authors focus on the role of policy analysis for governments and parliaments, for parties, social partners, and interest groups. Julia Himmrich finds that the volume grapples with the question of the role academics play in policy analysis by raising issues around independence, academic rigour, methodology, and political interest. 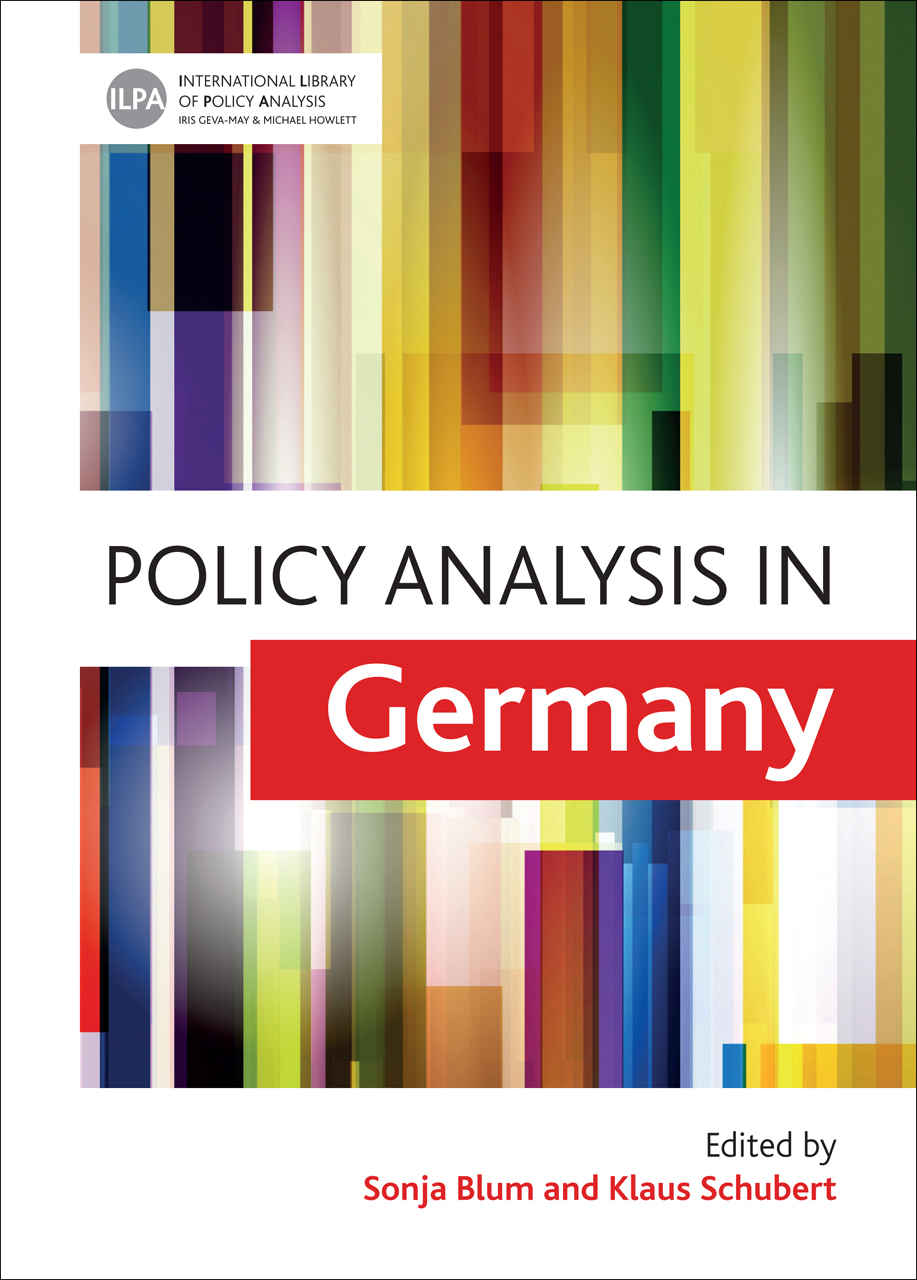 Policy Analysis in Germany provides the first comprehensive overview to the policy literature, giving significant insight into actors, structures and processes. As one of the first contributions to the International Library of Policy Analysis, the book aims to provide an international readership with an understanding of German policy making processes and also to reflect on the state of policy analysis in Germany.

A key argument of this edited volume is that in Germany policy analysis is particularly characterised by the ‘dualism’ between theory and practice. Policy analysis appears to be significantly divided between academics and the crowded ‘policy market’ consisting of think tanks and governmental researchers. The fact that this volume spends a few chapters on this question – but then its authors are almost exclusively academics – raises questions on the extent to which the volume is aiming to overcome said dualism.

The volume grapples with the question of the role academics play in policy analysis by raising issues around independence, academic rigour, methodology, and political interest. These are all points any policy analyst will be able to recognise. While the authors are keen to point out that Germany is particularly disconnected from ‘practical’ policy analysis, this is undoubtedly an issue in many countries where the growth of think tanks and the rise of evidence based and quantitative research in the social sciences is potentially changing the role of academics.

It is therefore surprising for the reader that the few comparisons to the German case of policy analysis are the United States and Austria, and Switzerland as an extension of the German ‘policy analysis market’. The close connection of state departments and think tanks to academia in the US, however, seems to suggest few lessons to be learned for the case of Germany. While we do learn that Germany is fifth in think tank density, with only the UK having more in Europe, we do not find out about the relationship between academia and ‘practical’ research in France or Britain.

Nonetheless the majority of the nineteen chapters in this relatively short book will be very insightful for anyone researching or engaging with German policy making. The book provides a useful map of the variety of domestic actors involved in analysing, producing, and evaluating policy in Germany. Its chapters discuss in-house research provided to the government and the parliament, issues of ‘de-parliamentarisation’ due to an influx of experts and researchers, the role of governmental and private think tanks, and the perhaps unparalleled concept of German political party think tanks funded publically but completely dependent on party guidelines for their research.

The dynamics of German party politics and their significant influence on policy analysis are explored not only in the chapter dedicated to the topic by Tim Grunden, but also in the discussion by Roland Sturm and Markus Müller on the peculiarity of the politics of the Länder (states of Germany), in which parties have a particular influential position. It provides a very clear and useful introduction into the institutional restrictions and competition among the Länder on policy issues. Grunden’s chapter then explores further how party think tanks struggle to create long-term and comprehensive policy analysis beyond the day-to-day and ad hoc pressures of party politics.

The central chapter by Rolf Heinze provides the most insightful overview of the crowded marketplace of the new Wissensgesellschaft (knowledge society) created in the Berlin Republic. Here the introduction of committees to work on comprehensive policy reforms beyond the regular interest groups actually failed to bring about consensus because they excluded said interest groups in the first place.

Sven Jochem provides a comprehensive overview of German think tanks and draws out the tensions of state-funded, private, and advocacy think tanks to provide academically sound research and at the same time prioritise policy impact of their research.

This volume raises significant issues on academic research and impact on policy in Germany. It concludes with a discussion by Renata Mayntz who sees German policy analysts caught between “epistemic robustness” and “practical usefulness”. She also raises the important question which academic research is being used and the risk of political elites and academic elites conform too closely and thus fail to produce innovative policy analysis.

Finally, it is not clear entirely clear what audience Blum and Schuber – authors of several key German texts on policy analysis – had in mind with this volume. While it includes very useful insights and comprehensive break down of the state of German policy analysis, it does take some time for the reader to understand where to find them. The concept of a series in policy analysis of different countries is undoubtedly a needed addition to the literature, and the second volume in the series, on Brazil, looks particularly promising.