Are Islam and democracy compatible? What is the role of democracy in the future of the Muslim world? In this book, Kamran Bokhari and Farid Senzai aim to offer a comprehensive view of the complex nature of contemporary political Islam and its relationship to democracy. Amani El Sehrawey finds this book an invaluable tool for those seeking to gain knowledge of the nuances of the political systems of the Muslim world from a historical perspective, as well as to understand the contemporary changes happening in the region. 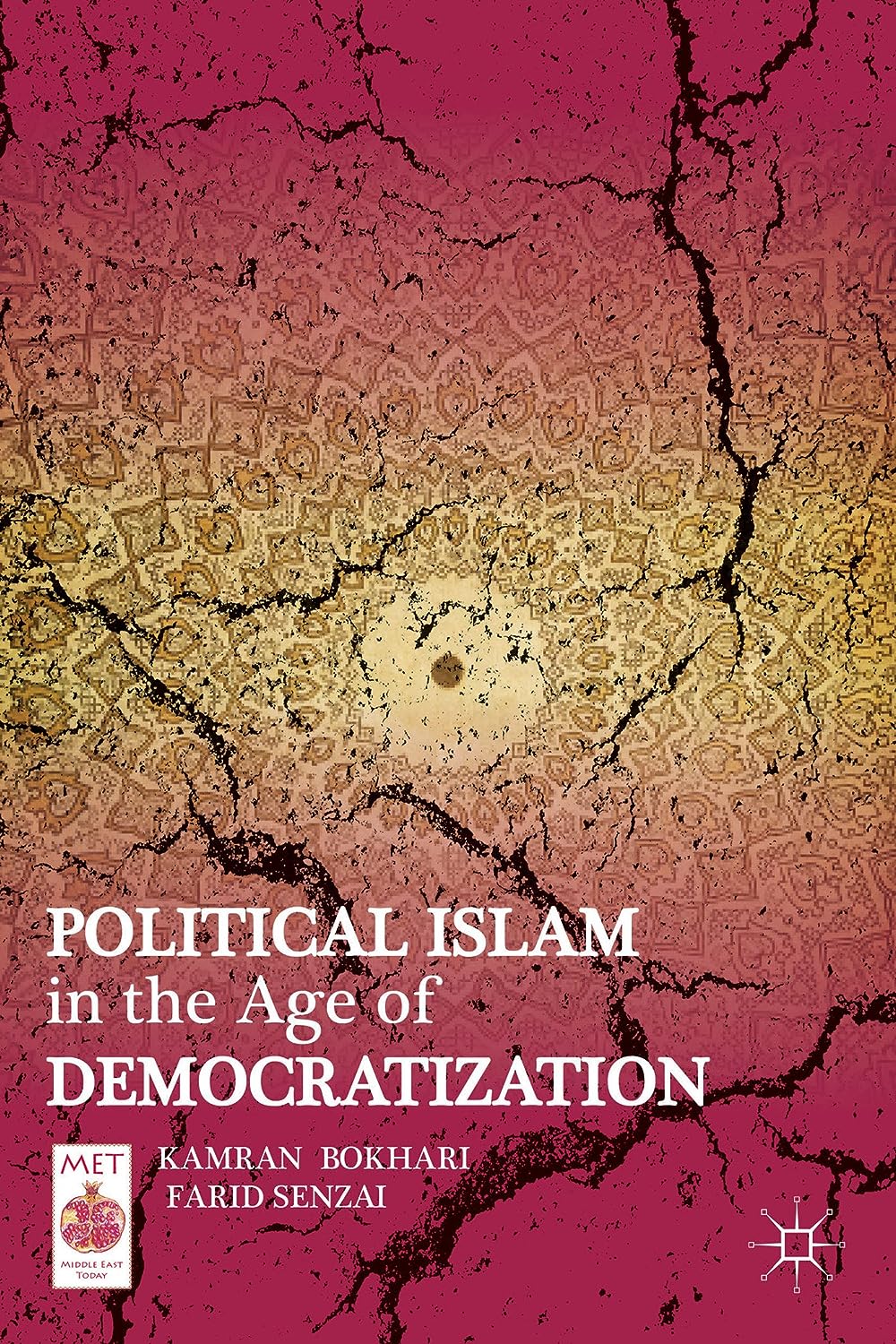 Can the definition of democracy be expanded to include states in which religion plays a major role in politics? Mainstream democratic theorists have long subscribed to the view that democracy and religion were incompatible—that democracy was synonymous with secular liberal society. In the contemporary era, the idea that Islam and democracy are incompatible has been accepted by many, and fuelled by Huntingtonian rhetoric and the extremism of Al-Qaeda and others.

In Political Islam in the Age of Democratization, Kamran Bokhari and Farid Senzai offer an opposing narrative, and argue that Islamists are increasingly participating in a democratic Middle East where citizens demand that both democratic rights and Islam coexist in their governance structures. Political Islam in the Age of Democratization offers a contemporary study “assess[ing] the role of religion in politics within Muslim societies, especially in light of the transformational changes since the Arab Spring” (p.185). The authors argue that Islamists have shaped and continue to shape the democratization process in the wider Middle East, and that the current geopolitical climate in the Muslim world has created opportunities for Islamists to participate in the affairs of the state through democratic channels.The book, which the authors suggest for an audience of academics, policymakers, and the general public, provides a breakdown of a vastly complicated ideological, political, and theoretical topic. They begin by providing a historical overview of political Islam and Islamism, and then lay the foundation for their theoretical framework and its application to the Islamic countries. They also provide a historical overview of democratic theory, which has been dominated by Western thought, and introduce its application in the Muslim world.

The region’s partially liberalized autocracies have for many years left a highly restricted space for political parties, particularly Islamist parties, to emerge and participate (p.33). Boukari and Senzai create a spectrum of political Islamist actors divided into three categories: participators, who see Islam and democracy as compatible; conditionalists, who accept and participate in democratic channels but see a conflict between human sovereignty ruling where they believe divine sovereignty should; and rejectors, who see democracy as wholly un-Islamic. The final category, the authors note, falls in the minority. They highlight the overwhelming desire of citizens in Muslim-predominant systems to live in a society that simultaneously embraces liberal democracy and is guided by Islamic principles (p.35).

Bouhkari and Senzai demonstrate their thesis through seven detailed case studies covering the Muslim Brotherhood, Salafis, Al-Qaeda, the Taliban, the Islamic Republic of Iran, Arab Shia Islamists, and AKP in Turkey. This intensive case-based study explores the wide variety of approaches to political Islam and simultaneously offers the reader a comprehensive understanding of the historical developments leading to the current political situations in the respective countries. This review will focus on the cases of the participatory Muslim Brotherhood (MB) in Egypt, and the conditionalist Kuwaiti Salafis, as presented by Bouhkari and Senzai.

The authors begin their discussion of participatory Islamists with the Muslim Brotherhood (MB). Boukhari and Senzai track the MB from its genesis in Egypt in the early 1900’s under Hassan al-Banna, through its ideological evolution into splinter groups across the region. The Muslim Brotherhood was born and has lived largely under hybrid authoritarian regimes, where there were limited democratic openings. In Egypt, the group has spent much of its life banned by the government, but in 2012, they were able to capitalize on a democratic opening after the overthrow of Mubarak and seat an MB president, Mohamed Morsi. However, Morsi was overthrown in a popular-led military coup in 2013, after taking undemocratic liberties while in government. Although the MB has fallen out of favor in Egypt, they continue to seek participation within the Egyptian democratic system, and compete with emerging Islamist parties who promise the democracy and Islam in politics that the MB failed to deliver while in power.

A slightly more complex group of political Islamists are the conditionalists, who as defined by the authors, must participate in the institutions of their environment, but see a fundamental conflict between divine sovereignty, and the human sovereignty offered by democracy. There is an ongoing debate on the permissibility of democratic participation between political and apolitical Salafis. A faction of Salafis formed the Islamic Salafi Alliance, a Salafi political party, in 1992, which has been a main player in the Kuwaiti parliamentary government since its inception. Apolitical Salafis criticize this activism in a governmental structure they see as un-Islamic, while the political Salafis suggest it is a means of spreading the message of Islam and stymieing domination of the country by secularists.

The strength of this work is its careful detail in providing an objective summary of the historical development, key players, and watershed moments in the evolution of political Islam in the context of democratization. To cover the complexity and diversity of political development in this region spanning a multitude of countries and history is an impressive feat. What is more impressive is the simple and systematic organization of the book, which makes the information easily digestible to a variety of audiences. For those seeking to gain knowledge of the nuances of the political systems of the Muslim world from a historical perspective, as well as to understand the contemporary changes happening in the region, it is an invaluable tool, encapsulating vast amounts of information in a single book. It provides an outstanding piece of literature for a coursework reading list on political Islam, as well as an ideal read for someone looking to become informed on the subject in one stop.

Academics in this field, however, might find that the wider analysis of the political realities in the context of democratization theory are somewhat buried under the historical overviews for each case study, which comprise the bulk of the material. Furthermore, the discussion of AKP in Turkey as a post-Islamist secularized political party is not fully convincing, nor does this case study further the arguments made throughout the book on the compatibility and sustainability of Islam and democracy, rather it appears to contravene them. Overall however, Bouhkari and Senzai’s work provides a valuable voice that adds diversity to the topic of democracy and Islam, as they challenge the wide-held belief of “Islamic exceptionalism” in relation to the democratic model.

Posted In: Africa and the Middle East | Philosophy and Religion | Politics 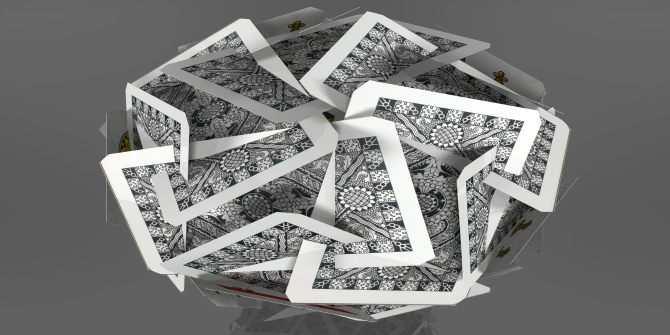