This book considers the transformation of political rallies in France from the last years of the Second Empire until the end of the Third Republic. Originally designed by Republicans as a tool of citizenship learning and formation of political opinion through open debate, rallies gradually became a stage dedicated to the show of force, at the initiative of various emerging political formations. From Deliberation to Demonstration offers a much-needed appraisal of an often-forgotten, but crucial aspect of political sociability in France, which anyone with a good background knowledge of nineteenth-century French history will enjoy reading, writes Berny Sèbe.

From Deliberation to Demonstration: Political Rallies in France, 1869-1939. Paula Cossart. Translated from the French by Clare Tame. ECPR Press. August 2013.

Political sociability is a defining element in any functioning democracy. It provides the conditions which allow (or not) ideas to be exchanged and debated, opinions to be formed, and voters to be convinced. It is both the anti-chamber and the sounding board of the ballot box. It is therefore hardly surprising that it has been widely discussed and conceptualized in one of the oldest Western democracies, which has been proudly portraying itself as the motherland of human rights since the Declaration of the Rights of Man was proclaimed in 1789: France. Though the subject in general has been analysed for specific periods (such as, for instance, James Lehning’s To Be a Citizen: The political culture of the early French Third Republic, which looks at the period between the 1870s and the 1890s), it has rarely been approached through the angle of the political rally. Paula Cossart‘s book undertakes this ambitious task for a relatively long period, covering the end of Napoleon III’s Second Empire and the whole of the Third Republic, from the early years of uncertainty up until the Second World War and through the roaring 1930s and their instability fuelled by anti-parliamentarian groups. The result is a convincing analysis of a phenomenon which, according to Cossart, saw the nature of public meetings evolve from a place of deliberation where political ideas were tested and submitted to the approbation of sympathizers and potential voters, to a role as a raw demonstration of public support, often prone to turning into violent muscle-flexing exercises.

Articulated around a chronological development, the book charts the conceptualization and development of political assemblies, first as part of the liberalization effort of the later period of the Second Empire (embodied by the 1868 law on public assemblies) and then, most importantly, against the backdrop of a Republican regime which had to be strengthened constantly, since the possibility of a return to the monarchy, or the autocratic rule of a providential man (such as General Boulanger in the mid-1880s, echoing the earlier instances of Napoleon and Napoleon III) posed a constant threat upon the survival of the Republican regime (which had never been enshrined into a proper constitution, but was rather loosely codified through a series of constitutional laws). With such political uncertainty looming, the need to mobilize the masses in favour of free political discussion was seen as vital in Republican circles: political debate appeared as the indissociable complement of the vote, especially in those decades after the substance of universal suffrage in France had been somewhat perverted by the Second Empire.

The first part of the book examines the way in which the Republicans, still traumatized by the restriction of the freedom of speech which had characterized most of the Second Empire, fought to ensure that the right to free assembly was enshrined in the new regime: they believed that the ability to develop an enlightened opinion was crucial to the conduct of democratic life. The author demonstrates how assemblies became in late nineteenth-century France an indispensable complement to the voting process, and how it shaped political practice. The second part of the book considers how this pedagogical approach of political rallies suffered setbacks, in particular in the light of eruptions of violence on the occasion of political meetings, which seemed to undermine the claim that such assemblies contributed to ‘make a people of citizens’. It pays particular attention to the recrudescence of political violence in fin-de-siècle France, offering interesting insights into a phenomenon which was driven by the most radical forms of anti-parliamentarianism which led on a few occasions the country to the brink of a coup d’état (see for instance the demonstrations of February 1899 in the wake of Félix Faure’s death in embarrassing circumstances). The third section jumps to the interwar years, when political rallies became shows of strength which were used by various parties as a propaganda tool, and even as a way of demonstrating their ability to gather popular support. This was the end of a decade-long process which saw assemblies gradually lose their earlier role as educative political fora and instead take a more physically confrontational turn, especially in the case of the communist party or far right leagues – and even more so when supporters of these two opposing ideologies clashed.

The book is based on a wealth of archival and printed sources held in a variety of repositories, both national and regional. The sheer range of documents conveyed, from newspapers and legislative debates to national police reports (including the famous F7 series of the police générale held at the French national archives) down to the level of departmental analyses of political activity, provide this book with a very strong empirical element which allows the author to substantiate her claims. Though Paris is given the lion’s share, provincial archives have also been used, making it possible to contrast the situation in the capital, which has been in a position of overwhelming power within France and the locus of political violence since the Middle Ages, as opposed to other major cities which have traditionally played secondary roles. It may have been useful to take more carefully into consideration the extent and shape of political rallies in semi-urban or rural environments, which are absent from the book. Though this bias is justified at the beginning of the book by the overwhelming place of Paris and (to a lesser extent) urban environments in the conduct of political affairs, it seems that this remains an area of further research to undertake. Similarly, though understandably the Great War halted temporarily the culture of political rallies, it might have been useful to consider if there had been proof of residual influence of this culture of deliberation during the conflict itself.

A lot has been made of the 1881 law establishing the freedom of the press, but less has been said of the 1868 law which marked the beginning of the period under consideration in this book. From Deliberation to Demonstration offers a much-needed appraisal of an often-forgotten, but crucial aspect of political sociability in France, which anyone with a good background knowledge of nineteenth-century French history will enjoy reading.

Berny Sèbe is a Lecturer in colonial and post-colonial studies at the University of Birmingham (UK). 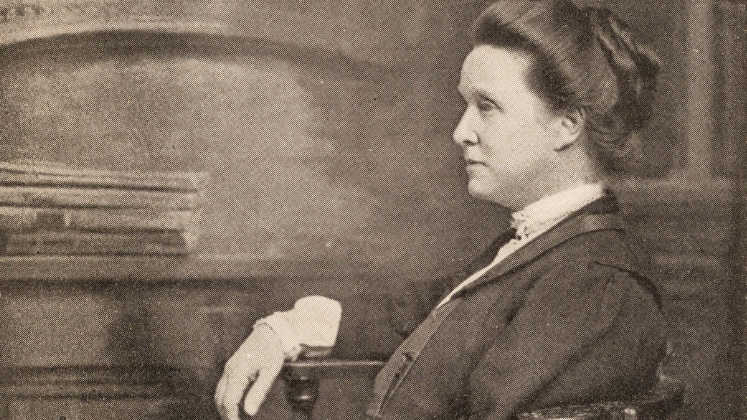